I found an oil leak at the bottom of my car near the engine/trans, which lead me to believe the rear main seal. However, one mechanic told me it was the timing cover gasket, while another told me it's the valve cover gasket.

I had a look at the engine bay from top and it looks like there is quite a severe leak, however I'm not sure if it's the valve cover gasket, or the seal under the guide frame (part 11, valve cover sits on top of it): 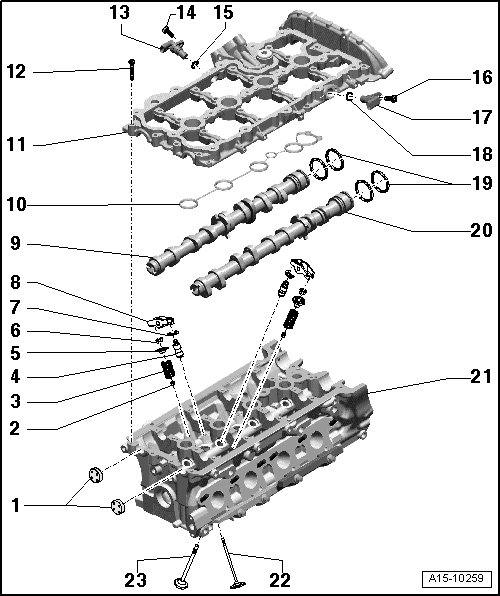 Here's a picture of what I saw (the top gasket is between the valve cover & guide frame, bottom is between guide frame and head). Also note the huge mound of gunk behind the plug: 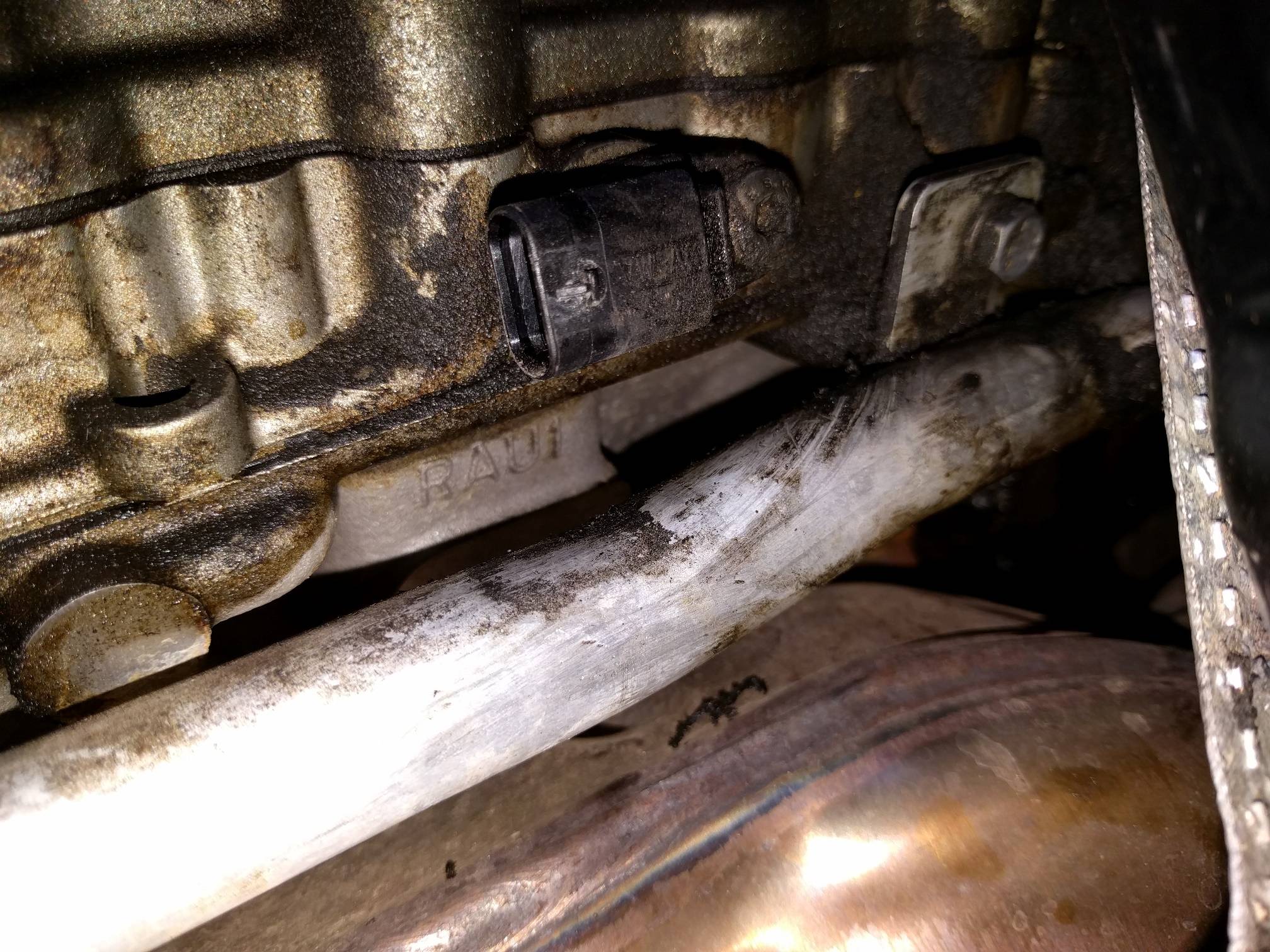 Here's a picture after I washed it down with degreaser: 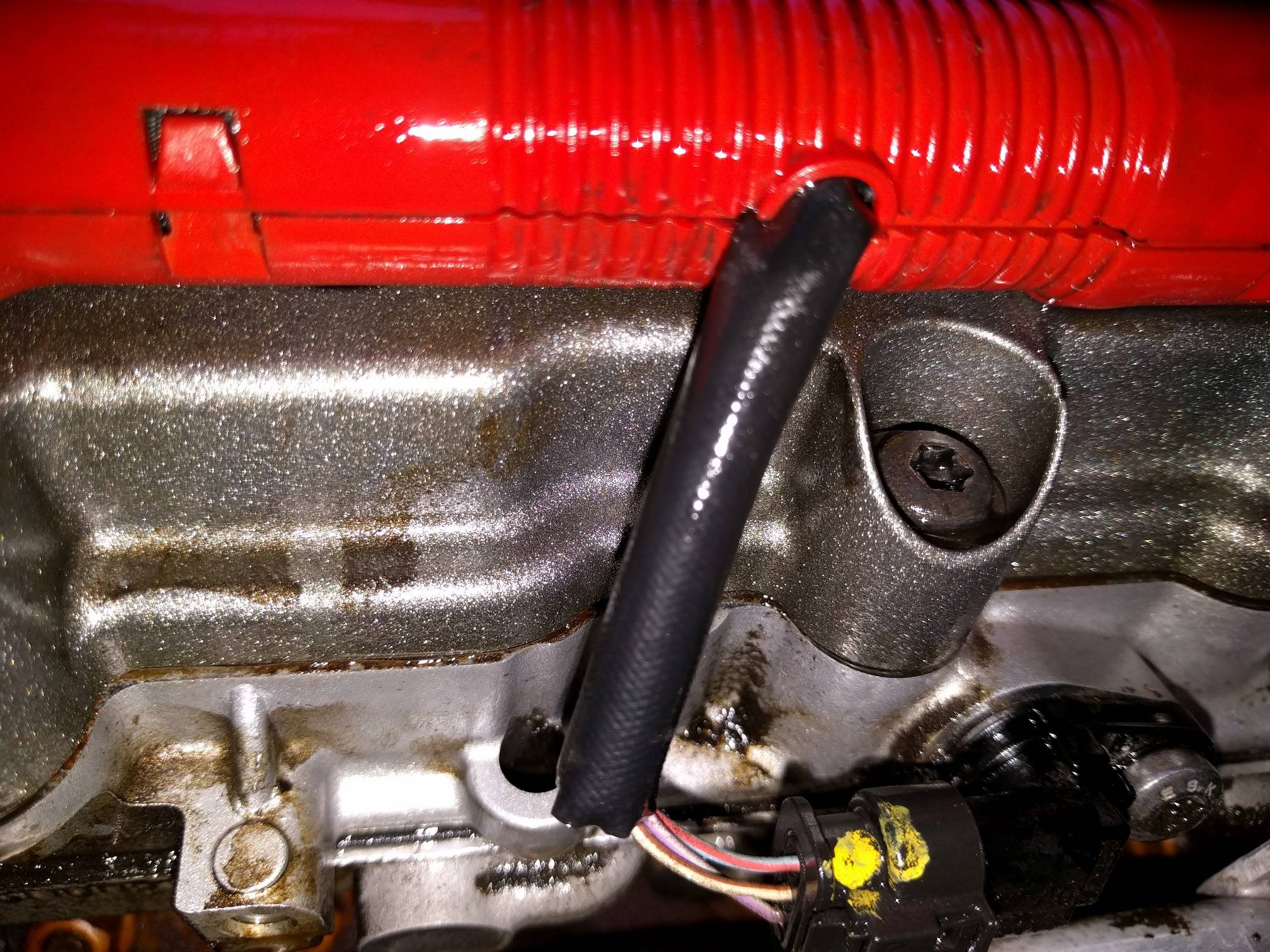 Became liquid naturally falls down and back when accelerating, I think it is in fact the valve cover, and not the seal under the guide frame. However, I'm not sure. What are some signs that it is the valve cover gasket or not?

You are right about leaks in that the liquid will flow down from where it leaks at. In your case it is really hard to tell exactly where it's coming from, but would suggest you are right about the valve cover being the source. It usually is a primary source for most leaks of this type. Cleaning off the area was a great first step in figuring this out. With one more thing, you can be proof positive where the leak is coming from. That step being, adding some fluorescent die into your oil which will show exactly where the leak(s) is/are coming from. Here is a representative product which would help you: 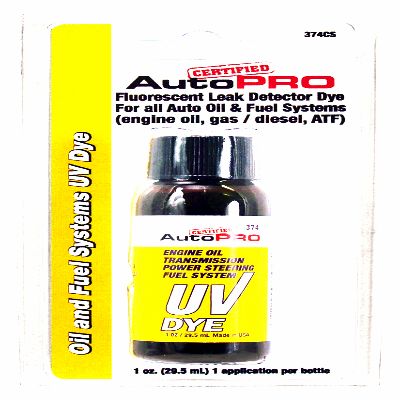 You'd also need UV glasses and a light to assist, but this should make the leaking area stick out and become quite visible. The die itself (as shown) is quite reasonable. You can get a kit with everything you need (die, light, glasses) for a relatively cheap price as well. If you have an older car where leaks may become more common, getting the kit may not be a bad idea to help you out in the end. The die will not harm the internal workings of your engine, so have no fear there.

Not the answer you're looking for? Browse other questions tagged oil oil-leak audi gasket s5 or ask your own question.

8
What do i need to know when replacing a valve cover gasket
7
Did the mechanic damage our car?
6
Oil leaking into spark plug well despite new gaskets -- is RTV a solution?
7
Is messing up this gasket my fault?
4
Could an air leak into the valve cover produce creamy brown oil?
0
"Blow-By" on a 2009 Toyota Camry create Oil Leak that is located on top of engine
0
Why would an engine leak oil only at high speed?
3
Should sealant/adhesive be used to set rubber gaskets?