Ok so this happened tonight and I thought it's no brainer - dead battery. Then I've googled and stumbled upon "Economy Mode" which should be triggered prior to the battery issues. I was driving a car for about 20-25 minutes and parked to get groceries (pause was maybe 5 minutes max). So I turned the ignition, waited a few secs for bulbs to go off and it started cranking slowly going slower, dimming all the displays and after 2-3 seconds it went dead. Trying again - same issue. I made a pause for a minute or so, tried again and it started normally. Got home (10-minute ride top), turned the engine off - tried to start it right away twice, dead again (slow cranking than dead).

Maybe relevant: In the past two months it happened twice that car is cranking normally but not starting. No errors are shown on the dash or diagnostics. It would take me 3-4 times in a row to start it. After a successful start, it was all good. So only twice in two months and the car is driven daily.

P.S. Also I had issues with turbo when accelerating hard around 3000 RPM in third gear - DPF error with error code are thrown and car aggressively brake (like engine break). Went into Citroen dealership - we are waiting for turbo copy sensor - I don't see how this is related to previous issues since starting is not turbo related?

UPDATE: I've visited shop today and it's definitely not a battery. Initially, they thought it's an issue with the contact as my + connector was a bit loose. When cranking slowly that + connector gets really hot and there's a bit of smoke too. Looks like something is drawing more current than it should so I'm waiting for an update tomorrow regarding starter...

I had the same problem. Couldn't start engine Citroen C5 X7, 2011. Thought it was the battery but the garage said battery health was 98%. Then I unscrewed the cable which goes from battery to starter and realized it was all rusty underneath. I cleaned it with sandpaper and white spirit, assembled, and now starter spins perfectly. Like new. Problem solved. 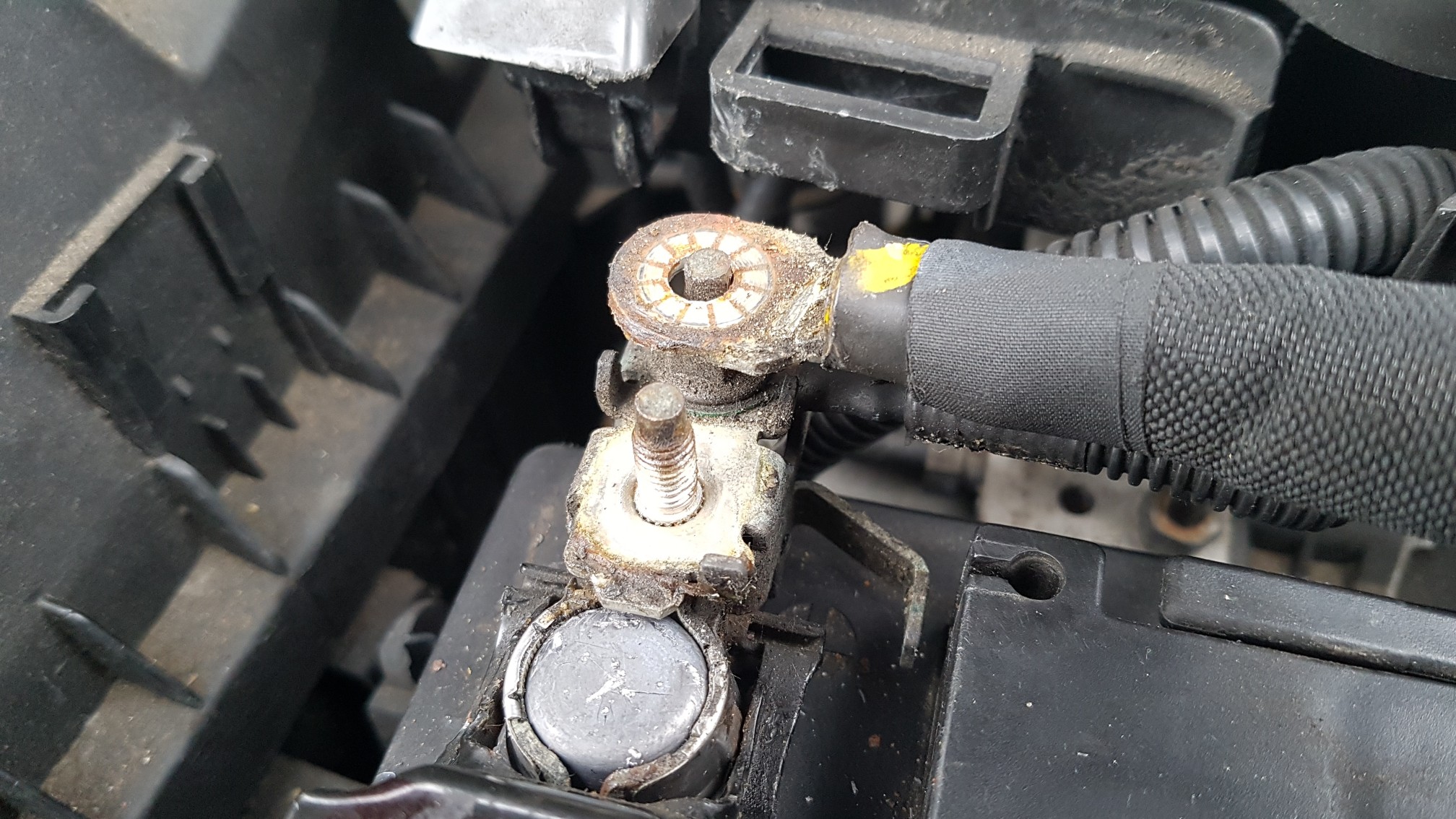 Not the answer you're looking for? Browse other questions tagged starting citroen c4 or ask your own question.

4
Intermittent start on hot days with 1992 Honda Civic
6
My car engine stops turning over when starting
3
Unable to start the vehicle depending on how long it has previously been driven
0
2007 Rabbit - Intermittently wont start
6
Citroen Xsara went into "Eco mode" then total blackout
2
Very occasionally, my old car doesn't start. Is that normal?
3
Why won't my car start?
4
Ford Ka mk1 stutters and dies
1
Citroen C4 won't start