How can I remove a stuck cigarette lighter?

I am trying to replace a corroded cigarette lighter on a Peugeot 206, following this tutorial. As part of this I need to remove the inner metal sleeve up through the orange plastic sleeve: 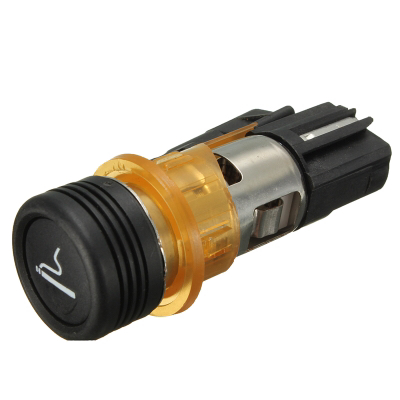 This is apparently achieved by pushing out two retaining clips that connect silver metal to the orange sleeve. On the 206 I'm working on they are completely stuck however whatever I try.

Does anyone have any suggestions on either how to loosen the inner sleeve and take it out or an alternative method to remove the component (which can be destroyed in the process if needed).

It's a very tight space to work in (accessed from under the gear stick boot) so whatever I do will have to be by feel and there's a finite amount of force I can exert at that angle. Help would be appreciated!

I revisited this after a few weeks and it turns out that quite a bit of force was needed. I used a claw hammer under the orange outer sleeve to pull it half way out and give myself a bit more access. 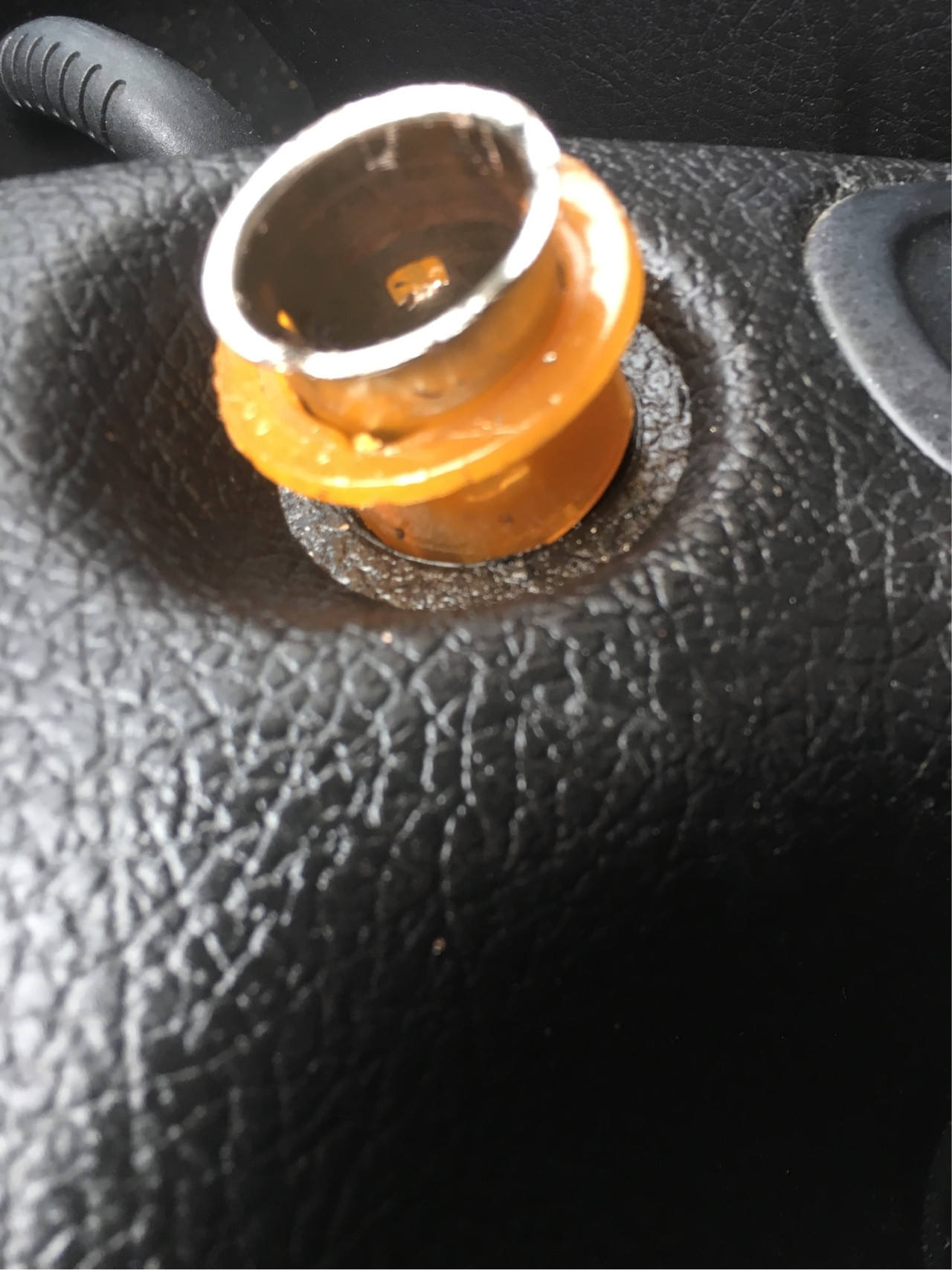 The inner sleeve was still firmly stuck to the orange one however. I used some WD40 at this point (having previously been a bit worried that it might catch fire if used so avoided it) and a screwdriver to lever out the inner sleeve to the point pictured above, but then it was completely wedged.

I eventually used a pair of long nosed pliers in a twisting motion to snap the outer orange ring and release the tension: 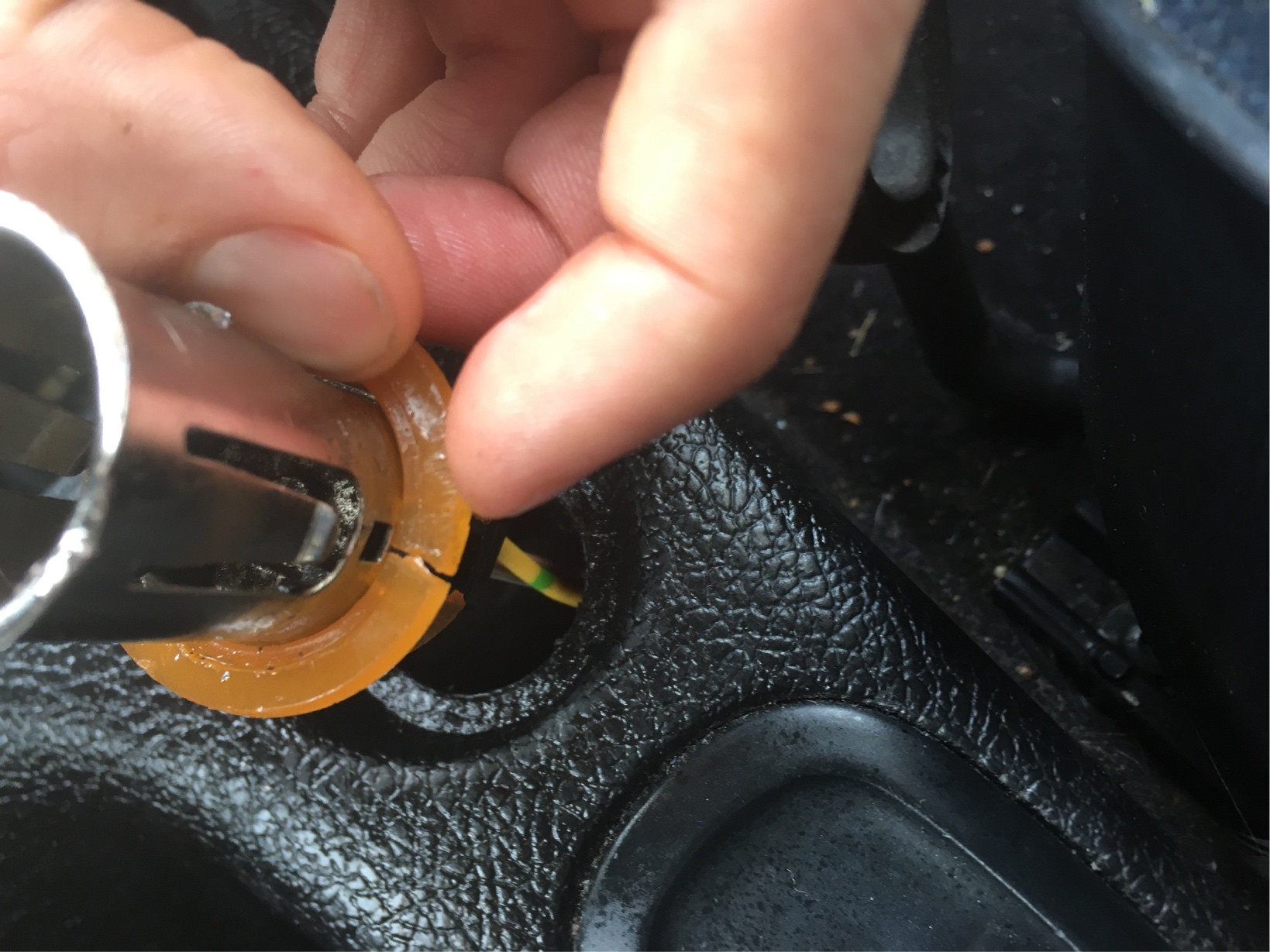 From there I could remove all the bits very easily, cleaned up the excess WD40 and fitted the replacement. The fuse needed changing as during my levering it had shorted (turns out on my model of 1999 206 the cigarette lighter is always on rather than on the ignition switch).

Interestingly when I got the component out it did not have either of the retaining clips mentioned in that tutorial - it was a one piece unit not designed to be removed. This probably explains why it was so much harder than expected to remove.

Not the answer you're looking for? Browse other questions tagged peugeot or ask your own question.

5
Is it okay to have a permanently on cigarette lighter/accessory port?

12
How far can you drive with an empty radiator?
4
How can I remove heating blower fan from the blower motor - Mercedes-Benz 308D van?
3
Disc brake damage, how can it happen?
1
How do I change the rear lights on Peugeot 307 CC?
3
How to retrofit cruise-control on Peugeot?
0
How do I wire an MVH-150UI to a Peugeot 206?
5
Is it okay to have a permanently on cigarette lighter/accessory port?
2
Can not working upstream sensor cause engine overheat?
0
How do I disconnect this plug?