After replacing the rear brake lines on my 1965 Buick Wildcat (4-wheel drums), I took it in to have all four tires replaced.

When I dropped it off at the shop, the brakes were fine, but when I picked the car up afterward, the car now shakes when I brake. It's a pulsing sensation at low speeds (30mph and below) but between 30 and 50 it's a very noticeable shudder and above 50 the car shakes violently.

After I got home, I discovered that the parking brake was depressed one "click" -- not enough to illuminate the idiot light and I didn't notice any drag while driving. My suspicion is that the pedal got bumped by the tech. I don't know whether that may have been enough to do something.

Regardless, I called the shop and they said they didn't touch the brakes at all when they did the tires. I took it back to them, they pulled the drums and said everything looks fine.

The work was done at a chain tire-and-battery place so I know they don't work on these very often and may not know what to look at or for. How should I go about identifying the root of the problem?

I did some looking around last night and found that some of the weights on the inside of the wheels are smashed up against the drums: 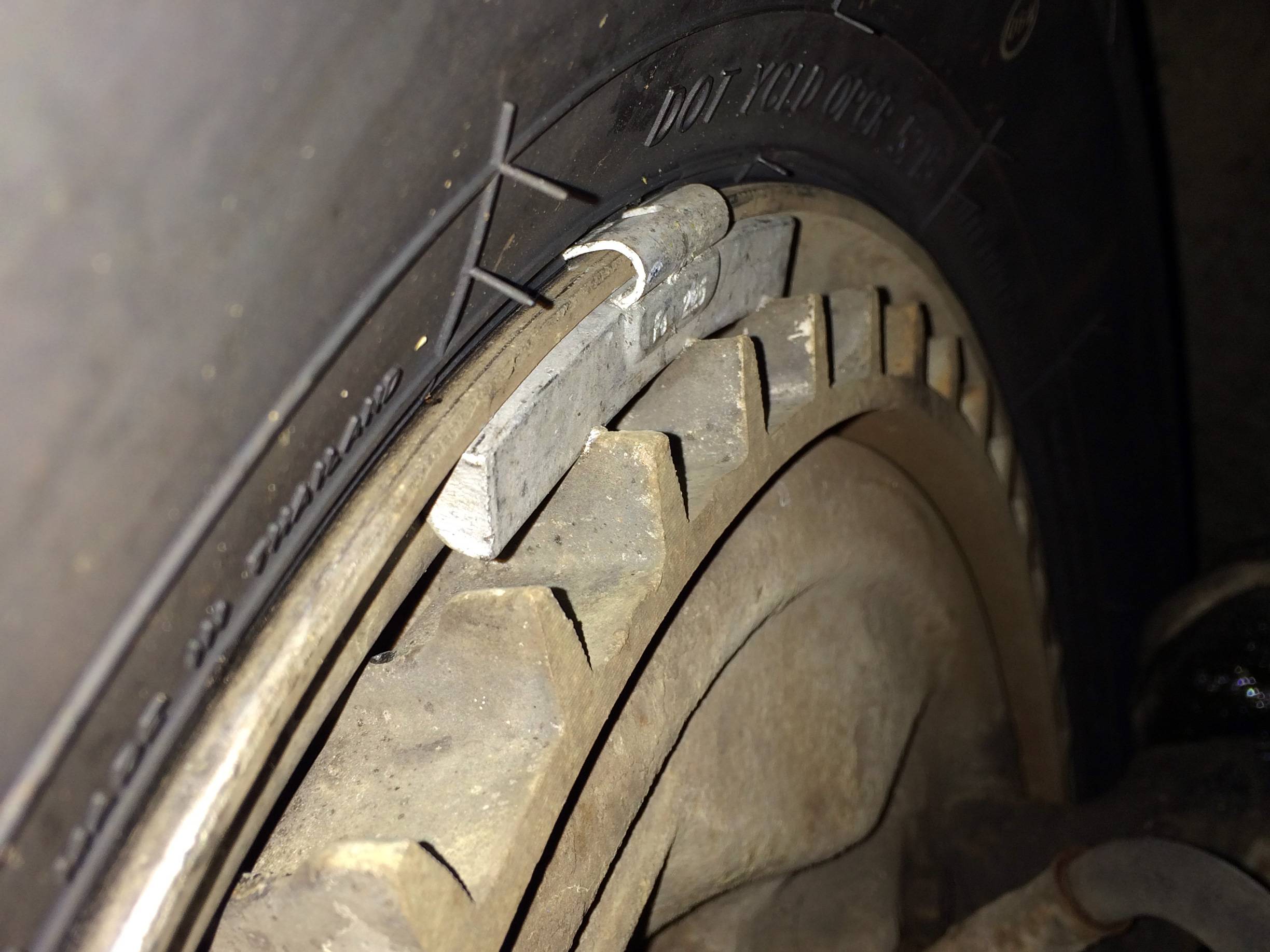 The lug nuts appear to be tight and centered all the way around, but I'm wondering whether these weights are acting as shims and at least one of the wheels isn't actually seated properly.

Vibration after new tires are installed is not an uncommon problem, and can usually be traced back to improperly weighted wheels or poor alignment. Improperly placed wheel weights would cause a vibration that increased in severity with speed, while vibration from an alignment issue could happen under any number of conditions depending on vehicle condition, suspension geometry, what is out of alignment (Left vs right, front vs rear, toe/camber/caster angles).

In your even rarer case, the vibration during braking only was probably caused by the wheel weights contacting the outside of your brakes as pointed out in your picture. As you suspected, this may have prevented the wheels from seating properly on the hubs. Why it only vibrated under braking is beyond me.

The easiest solutions would be to find lower profile wheel weights, or install wheel spacers to move the wheels further away from the brakes. From your picture, a simple slide-on 5 or 10mm Aluminum spacer would probably do the trick, though if you go any wider I would recommend hub-centric spacers with separate lug bolts already installed, such as the ones pictured below. 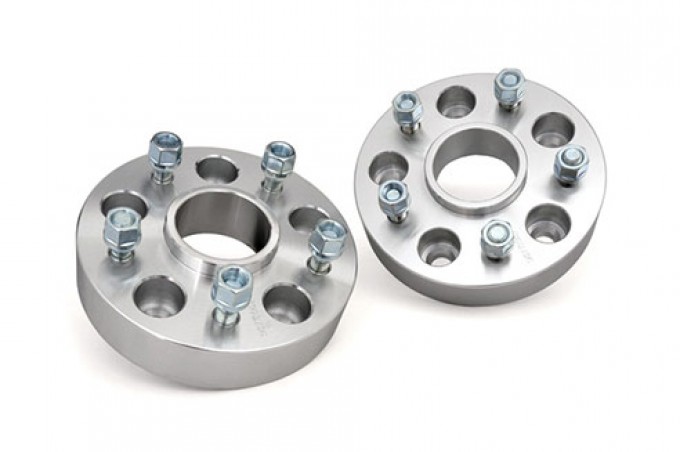 On a personal note: I purchased two sets of 20mm spacers for my car (because it looks good) for ~70 USD, about half the price of the name brand spacers (H&R comes to mind). I ordered H&R as well as the cheap ones, and found the 'cheap' brand weighed exactly the same (to the hundredth of a pound), and were concentric to ± .0005" (I have access to expensive measuring equipment at my work c:).

Not the answer you're looking for? Browse other questions tagged brakes buick or ask your own question.