Is messing up this gasket my fault?

I had an oil leak from the oil cooler on my 98 Mazda 626 GF 2L, and was having a hard time finding the oil seal / gasket. I finally found a shop that said they had one which would fit. However, when I got home and pulled out the old one I wasn't quite so sure ( the original is on bottom and is kinda mushed on the side facing the engine ): 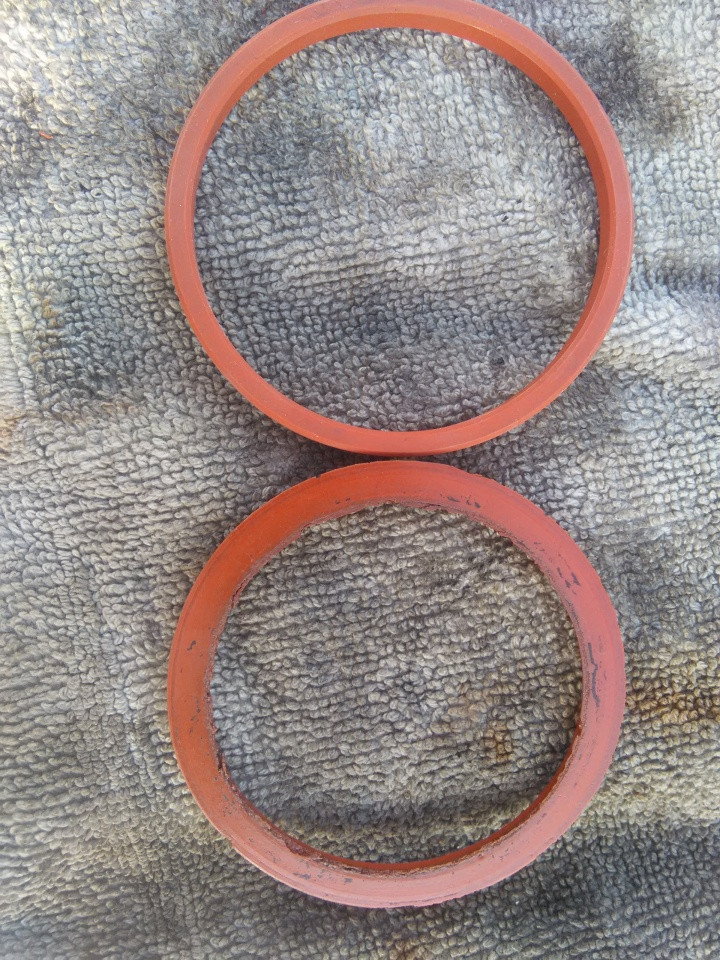 I then placed the new on on top of the original and could see that they didn't seem to be exactly the same size: 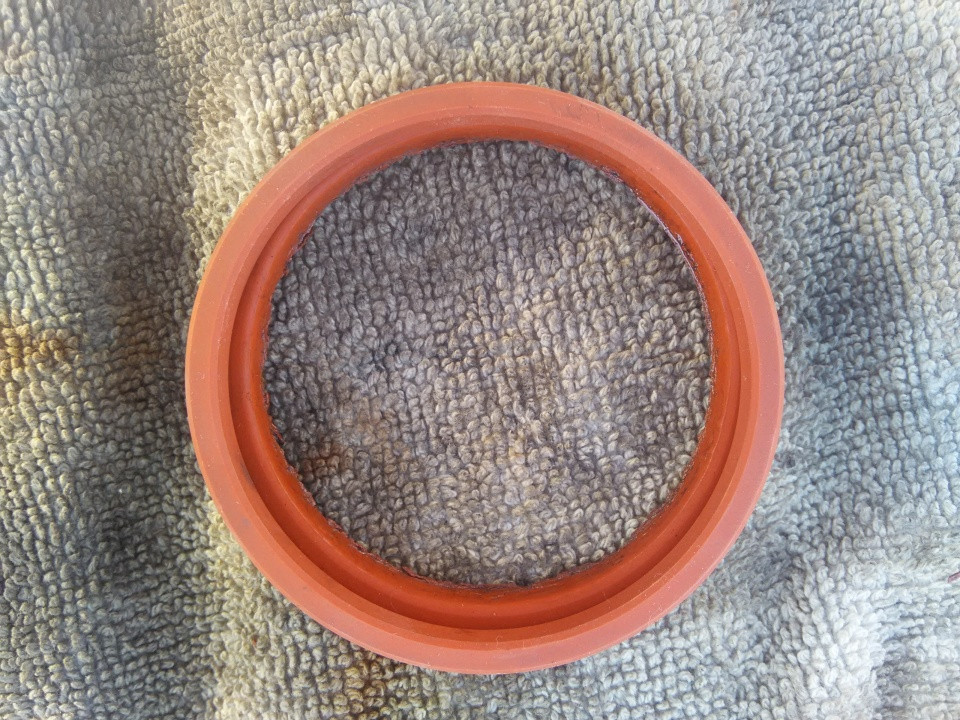 The new one was clearly slightly larger in diameter than the old one. However, I thought I'd try and install it as I figured maybe the original had shrunk or gotten deformed over the years: 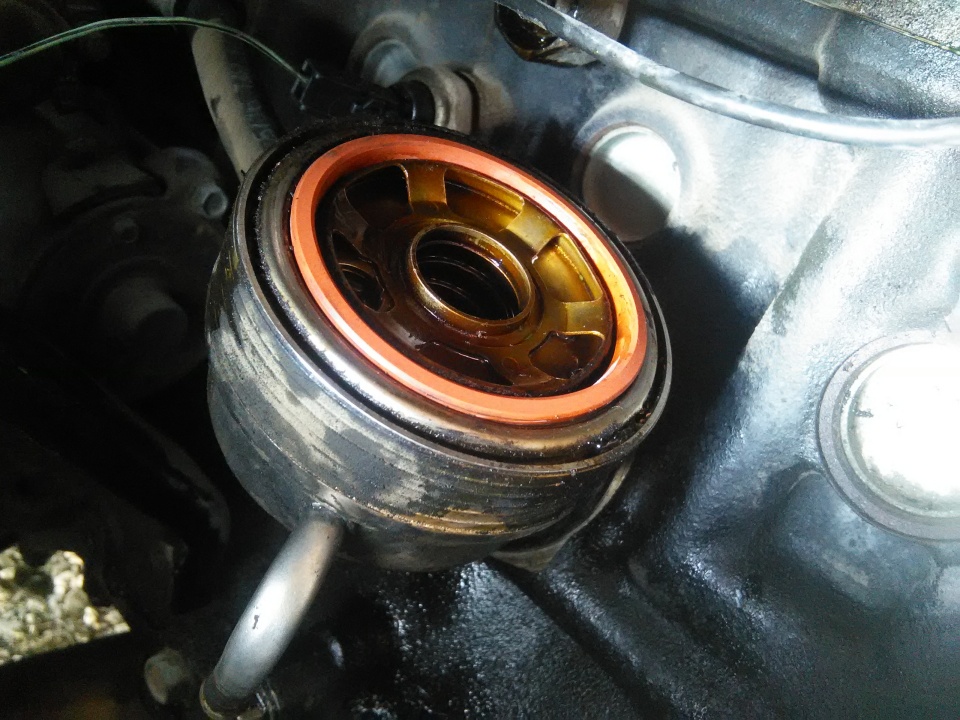 I don't know how well it can be seen from this picture, but the seal was slightly too big and I had to kinda squish it into place, such that it wasn't flush. I went ahead and installed it, and after I had tightened it down I noticed part of the seal was sticking out the bottom of the oil cooler and I ended up with this: 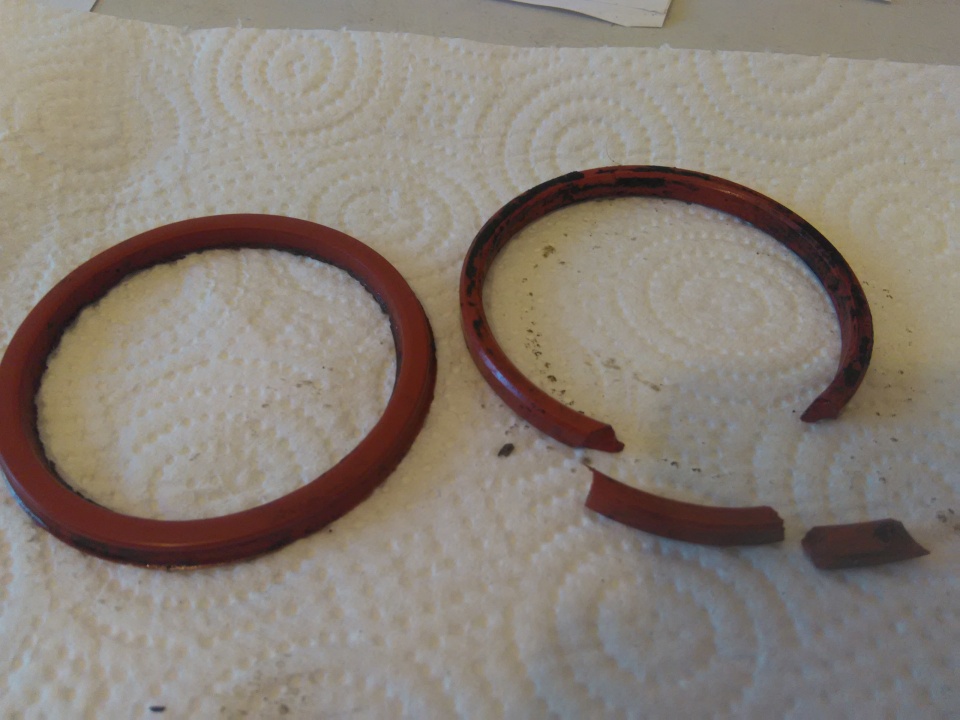 I figure the seal slipped partially out of place when I turned the oil cooler on it's side to install it. I'm assuming it's quite likely this would not have happened if I had done something like put some grease on the oil cooler side and stuck the seal into it.

So my questions are these:

New seals that are too large are unlikey to fit. You need one that has the correct internal diameter.

You shouldn't need anything to hold the seal in place. You might benefit from a small wiping of oil to help lubricate it when the new oil cooler is put in place.

How much did the seal cost you? Less than $5, I'd say. Just chalk it up to experience, go to the Mazda dealer (with your old seal) and ask for a replacement. They should have something that fits.

I went to the dealership, with the old gasket I took out of the oil cooler, and they looked it up and gave me the same gasket I bought the first time. I asked one of the mechanics why the new gasket was so clearly larger than the old gasket and he said that it was just shrinkage. So I came home, completely removed the oil cooler from the car, cleaned it, and put the new gasket in place. While it seemed too large at first: 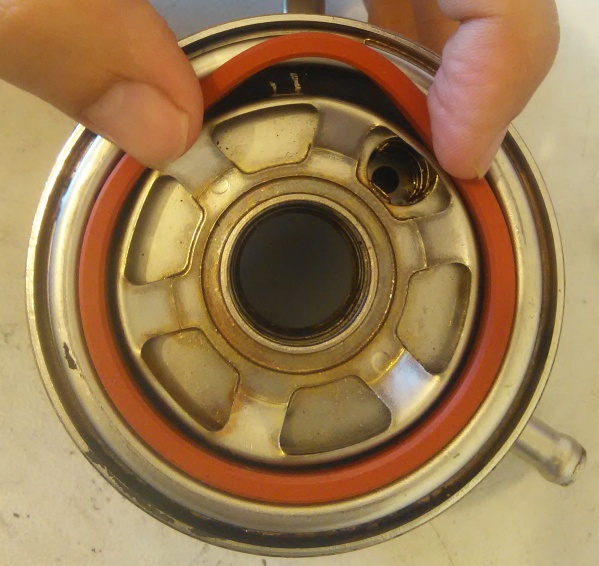 what I noticed was that once I pressed it in place: 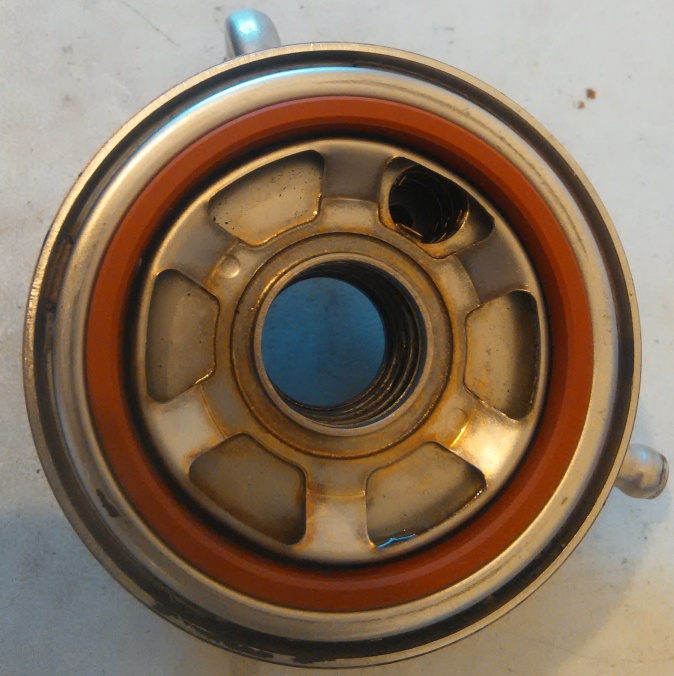 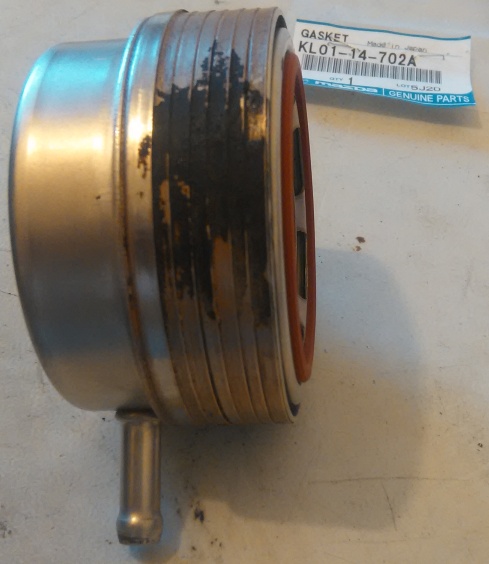 So this was clearly my mistake. I probably just didn't get the gasket snug into the crevice the first time, and when I went to tighten down the cooler just chopped part of the gasket off. Part number is KL01-14-702A for anyone who is interested.

1
Why is this Oil Cooler O-Ring / Gasket Bad?

5
How severe is a bad oil seal on a used car?
4
Oil leak from oil pan in new car, will gasket repair have shorter life than factory seal?
8
How can you tell the difference between oil or transmission fluid in the antifreeze?
5
Oil leaks after oil change - shop says engine oil pan gasket needs to be replaced
11
Why is oil on my throttle body hose?
2
Oil Leaking in Back of Engine: Fresh oil under the oil filter cooler
1
Why is this Oil Cooler O-Ring / Gasket Bad?
3
Tell tale signs of a valve cover leak?
3
BMW 320d Coupe - Oil Leak
2
How can I diagnose what's causing oil on spark plug threads?