Why does my ALT fuse keep blowing?

After grounding out my alternator lead battery wire, I had to replace the 120 amp fuse that connects to the alternator. After replacing the fuse the car started up fine but upon driving home and shutting off the vehicle and trying to restart it I found that it didn't crank anymore. I open the hood to find my 120 amp fuse that I had just bought has blown once again. This is obviously a failure in my rewiring the battery lead on the alternator, but for the life of me I can't figure out where I went wrong. My contacts don't ground and I cleaned all surfaces, yet I still blow a fuse every time. Can somebody please help?

It turns out that I kept blowing my fuse because of the way I had been connecting the wire to the b+ post on the alternator. Due to the small amount of threaded post I had left, I tried to sit the wire directly onto (and through the post) the alternator. I covered the bare metal under it with rubber to ensure that I wouldn't ground, then screwed a nut and washer ON TOP of the wire, instead of the normal setup which is nut, wire, nut+washer (broken post). For some reason that setup was sending too much current(?) through the wire and would end up blowing the fuse, which would explain the initial successful start with the blown fuse on the retry. I ended up sitting the wire on the nut+washer, with the latter acting as a terminal of some sort... Like how the battery wires sit on a terminal and not the actual battery posts, and temporarily strapped the wire to the nut with an elastic band to keep it in contact with the makeshift terminal.. Success!

I have a 2002 Mitsubishi lancer, what kept occurring was a drainage in my battery. At first I couldn't figure out why -- I got my alternator checked & my battery: both were good.

Long story short CHECK YOUR POSITIVE TERMINAL FUSE. That was the problem for me. (It was also showing a battery and brake light - another indication why I thought it was my alternator, but it was that fuse -- don't be fooled!!) I went to O-Reilly & Auto Zone and they both said they don't carry it, but O'Reilly actually does(!). Just show them the image & be very specific 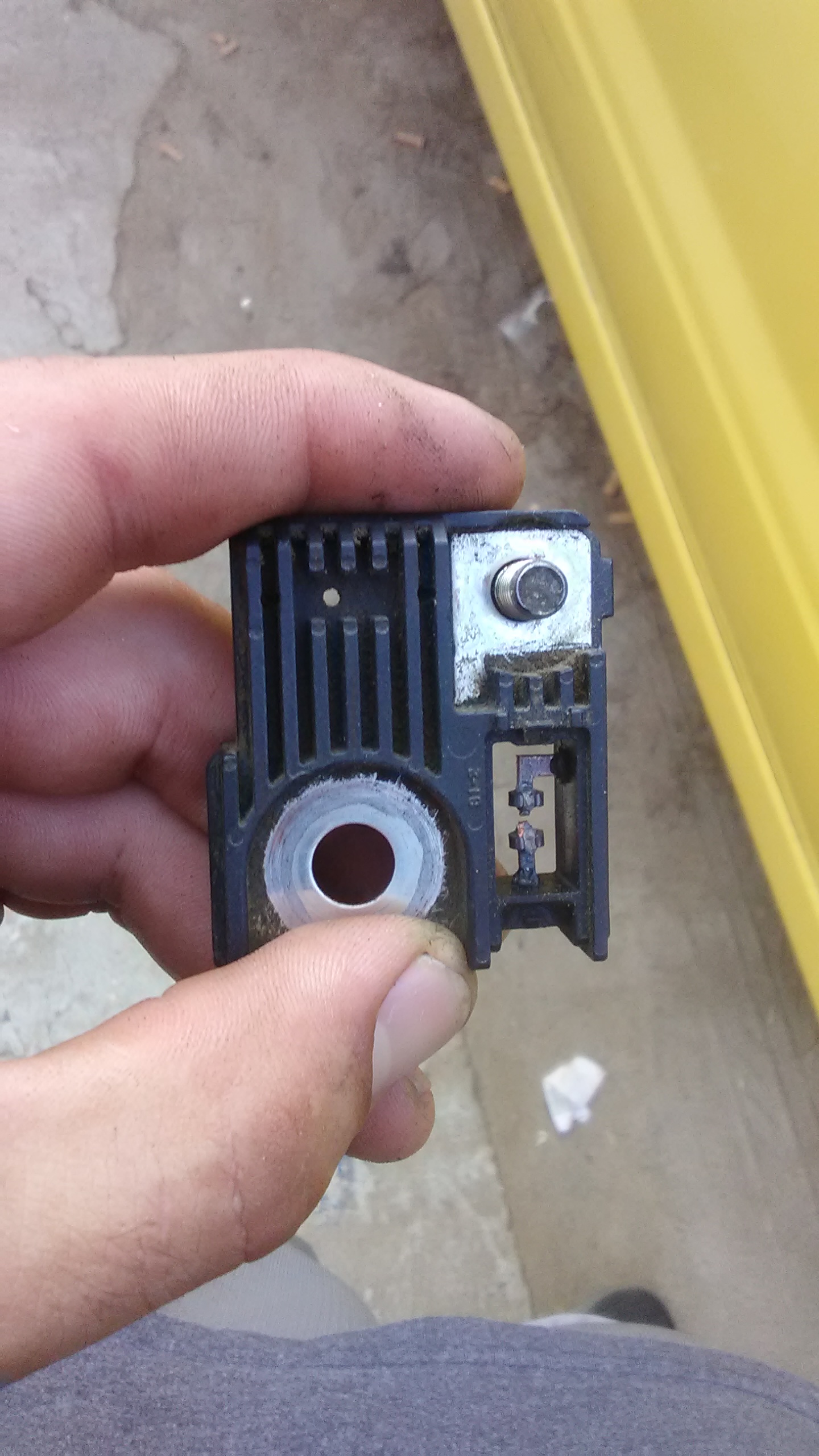 Not the answer you're looking for? Browse other questions tagged battery alternator fuse or ask your own question.

3
Why won't my car even crank?

4
Does draining a battery typically leave it in a state that it won't take a charge?
7
Battery and Alternator Pass Test - 2003 Mustang GT
3
How to diagnose blown tail lamp fuse
12
How can a fuse drain a car battery?
3
Why won't my car even crank?
1
Car won't start because of mysterious electrical problem
2
How to troubleshoot Intermittent Battery Light Issue in 2003 Honda Civic?
3
Can running a vehicle with a dead alternator solely off a jump battery pack cause damage to the vehicle's battery?