Can I use 15w-40 Shell Rotella diesel engine oil instead of 15w-30 for my 4G63 Mitsubishi gasoline engine?

I am planning to make a partial overhaul of my 4G63 Mitsubishi L3 van gasoline engine. Since it is an old model engine , i want to replace it with Shell Rotella 15w-40 diesel engine oil.

I have used this (Rotella) as a racing oil now for years. It has high detergency, good viscosity range, and also serves as a great "break-in" oil for new chrome rings installed on an older engine.

And here's a really beautiful thing: You can get 5 quarts of dino Rotella (usually an entire changeover's worth) in a single jug, and that jug costs about the same as a single quart of that fancy artisan handmade Mobil 1 synthetic. You pay even less if you can contend with a 5 gallon pail. (I cannot... a 5 gallon oil spill for me is tantamount to changing my identity and relocating my business)

My theory, at least with my race cars, is I'd much rather change my oil 3 times as often, rather than run an expensive full synthetic. On turbo cars I have made exceptions, as full synthetic doesn't present the same cartridge cokeing risks as the dinosaur juice.

My never humble opionion; your mil(e)age may very vary.

After reading @dlu post that nicely explains the API rating system, as well as some interesting conjecture after that...

Notice that both viscosity ranges have both CJ-4 and SM/SL API ratings (not to mention a slew of European and manufacturer-specific approvals).

[I also checked Mobil 1 Delvac for diesels just a few minutes ago. It also has SM/SL API ratings along with the regular diesel criteria.]

So, the "SM" and "SL" designations are very recent "Service" or "Spark" desginations, which means it's perfectly acceptable to use in a petrol engine, unless the OEM specifically says otherwise.

Now, there is something to be considered if 15W-40 is not a viscosity spectrum recommended for your vehicle, but I doubt that. Besides, there's also a 10W-30, which is more difficult to find, but should fit nicely on most petrol vehicles acceptable vis spectrum.

The notion that a vetted detergent/additive package from a tribology giant with probably a trillion miles on their formulation, is going to ruin a catalyst, erode spark plugs, make your hair fall out, or contribute to your detumescence is .... well, silly.

The "official" answer will depend on the oil requirements of the engine and the service classification claimed by Shell for the oil.

TL;DR – match the oil to the spec in the owner's manual. Read carefully to make sure you get all of the details of the required oil.

If you look in the owner's manual for the vehicle or in the service manual, you will find a statement something like this:

The first letter, 'S', is for "spark" designating spark ignition (gasoline) engines, the second, 'F', is the iteration of the specification.

On the oil container you will find the "API donut." The upper arc of the donut contains the service rating information since the oil your considering is intended for use in diesel engines it will also include the 'C' rating for compression ignition (diesel) engines.

Read the section in your manual carefully some cars/makers require oils that meet their own specs rather than the "standard" specs. One example is VW. For example, they require that the oil used in their BEW diesel engine meet a spec that they call 505.1 – they don't tell you why, they just say do it. There is speculation that the unit injectors used in the engine require a heavy load on the cam and meeting the oil spec ensures that the oil has the film strength to tolerate that service.

The API specs do not say how they are met, just that they are met (you can find full synthetic, full dino, and blended oil that all meet the same spec). I don't think you engine would be one, but some engines, especially those with turbos or extended oil change intervals, require synthetic oils. The intention there, as I understand it, is to ensure that the oil will tolerate the operating conditions imposed by the turbo or long service. 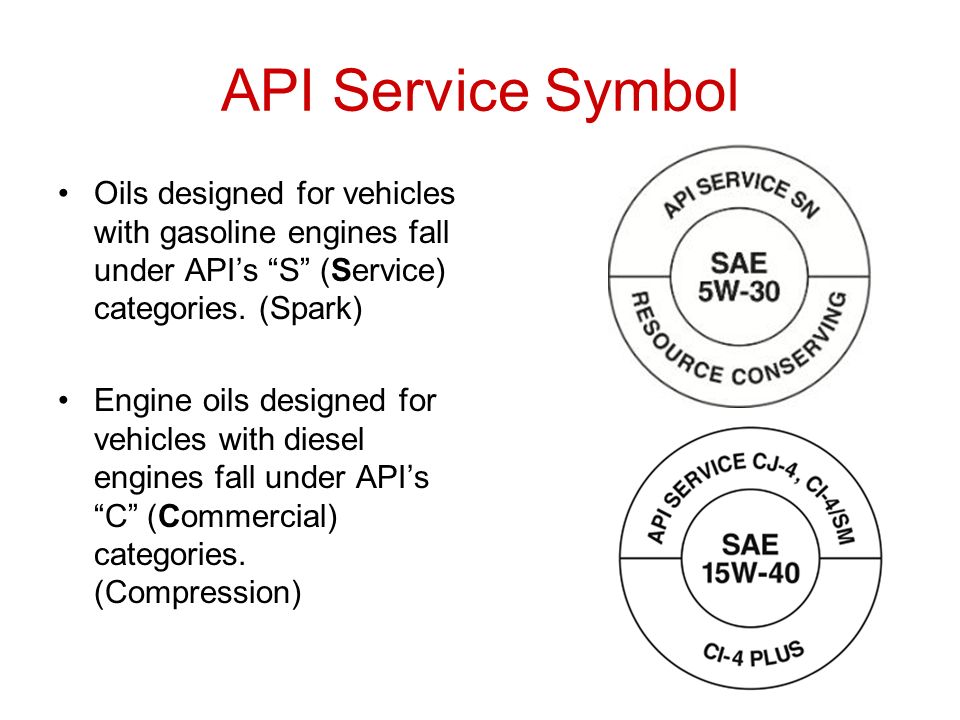 Why do you think you need to use higher viscosity oil because your engine is old? If it is not burning oil, you can just use the 15w-30 or even 0w-30. See this thread on mitsubishi forum. It depends also on your climate. If you get cold winters mild summers and it doesnt burn oil, I would definitely go with 0w-30.

The last number should never be changed unless you fully understand what is going on.

The first number can essentially be changed freely, as long as it does not numerically increase above the second. Theoretically Parity (Straight Weight) would be acceptable, but it's preferred that you follow the guidelines set by the manufacturer. The manufacturer should tell you what Winter weight to run, and at what temperature that change is beneficial.

Very basic source, but it explains it eloquently.

It's important to understand that every outside temperature is "low" relative to operating temperature. So while it's OK to change your winter weight, given that your oil will be "cold" relative to operating temperature, it's not advised to use a different operational weight, unless you modify the engine to run a different set of operational parameters, which is seemingly out of the scope of this query.

You can use any XW30 Oil that meets the specifications of the manufacturer.

I hope this helps.

Not a real answer, just food for thought:

Since this oil is designed for heavy vehicles and long maintenance intervals it has a high content on additives (phosphor, sulfur, zinc, whatever). Those additives, in higher concentration, can damage your emission treatment (like catalyst, particle-filter if present). Also the oil is not designed to be compatible with a spark plug, aggressive additives can damage the electrode.

So: in general you should be fine. The more sophisticated your emission treatment system is, the more you should be reluctant to use a heavy duty oil in your gasoline car. Also you should regularly check your spark plugs for damage-signs (use some chart like this one: ngk)

Edit: I found out that i oversaw the Api-SM mark on the Shell Rotella: Well, so i have to take the (rightfully received) blame. Also the the API CJ-04 category means that the oil (amongst other things) is compatible with the aftertreatment system if you use a low sulfur fuel. Api on aftertreatment Just one general thing about the aftertreatment: The use of the right oil is important for the aftertreatment compatibility (Use the lubrizol tool and compare for example MB229.5 with MB229.51). However since this an relative old gasoline car is should not apply here.

Not the answer you're looking for? Browse other questions tagged engine oil scheduled-maintenance or ask your own question.

6
does a car normally continue moving at a constant speed when in gear and the foot is taken off the accelerator pedal?
2
Can I use EP 80W/90 oil instead of EP90 oil?
1
New breaker points not working
3
After five years in garage diesel car wouldn't start, what should be done?
0
Oil pressure blowing through filter gasket, but gauge shows pressure is ok
0
My Honda civic 2016 wont start after it lost its coolant
2
Motor oil requirements on exhaust system
2
Should I re-build my engine?