These both are cooling mechanisms. One uses oil to cool whereas other uses some kind of water-based coolant. What are advantages and disadvantages of both in both technical and ownership point of view? What to choose while buying?

Oil Cooled and Water Cooled are terms used by Manufacturer's to differentiate the slight difference between the cooling systems.

Technically , An oil cooled engine is predominantly air cooled with oil cooling assistance, the majority of the heat transfer is through the fins on the cylinder block.

Oil Cooling system is generally used for small capacity motorcycles where the engine oil is circulated via an oil pump into a tiny radiator with a fan and back to the sump. 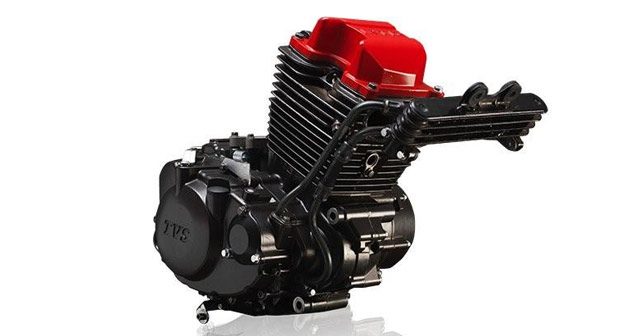 Above is an example of a 200CC oil cooled engine.Notice the two tiny tubes connected to a small strip of radiator with a tiny fan at the top.

Now this is the most familiar version of engine cooling technology where a mixture of coolant solution is run through the engine on to a Radiator and back to the reservoir. Almost all cars and modern high capacity motorcycles use this technology as this dissipates heat MUCH more efficiently. 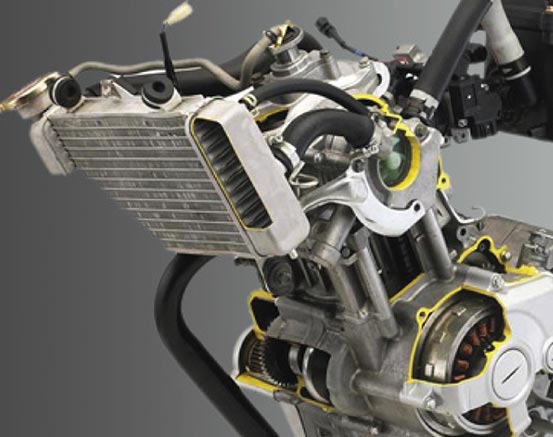 Above is a Water cooled engine where you can see there are two noticeable differences , NO Fins on the cylinder head and a Much Bigger Radiator with massive pipes connecting to the cylinder block.

The only instance where a manufacturer will use a Oil/Air cooled tech is:

What to choose between the two?

I don't think there will be an option to choose from a Water cooled engine and an Oil/Air cooled option for the same engine.(I am not 100% sure but that just doesn't make sense).

I am assuming that by cooling you are referring as to which Engine cooling systems are better in particular scenarios...

Oil-cooled: Traditional Oil-cooled engines are most commonly found in passenger commuter motorcycles which are usually anywhere between 50cc to 500cc (some sophisticated models have liquid cooled engines as well). The system uses the already present engine oil as a source for cooling the engine. It is generally supported by radiator-type fins (which one can see attached to such engines, typically on a motorcycle)

Liquid-cooling: Most common on passenger cars and motorcycles as well. Include a separate coolant as the basis to reduce engine temperature via a series of Radiator assembly components - grille, pipes, fins and majorly a rotating electric fan.

Uses of one over another:

A1. Oil-cooled engines have Compact design, since there is no requirement of additional components like radiator-fan assemblies in liquid cooled ones.

A2. Oil having a higher boiling point, can fight against high temperature evaporation as opposed to coolant (or water cooling the engine in adverse times).

A3. Oil doesn't cause rust and acts as an insulator against electric sparks or something.

A4. Traditionally, oil and air-cooling were preferred in extreme applications like military where there is a possibility of damage to liquid-cooling system components.

B1. Liquid-cooling is preferred specially for efficiency since liquids work better than air for heat exchange as per physics.

B2. Works favorably better for high performance and race-oriented cars.

B3. Oil may degrade and leave residues overtime and relying only on one source of something is disadvantageous as opposed to having dedicated cooling systems.

B4. Finally, oil has chances of lighting up if spillage or leakage occurs due to the hot engine temperature and water is readily available in the event your coolant wears/leaks off, etc.

Not the answer you're looking for? Browse other questions tagged oil coolant cooling-system automotive-design or ask your own question.