How do you remove a broken oil dipstick tube?

I broke it off by mistake and am trying to replace it. Here's what I'm looking at.

and here's what I've tried so far. 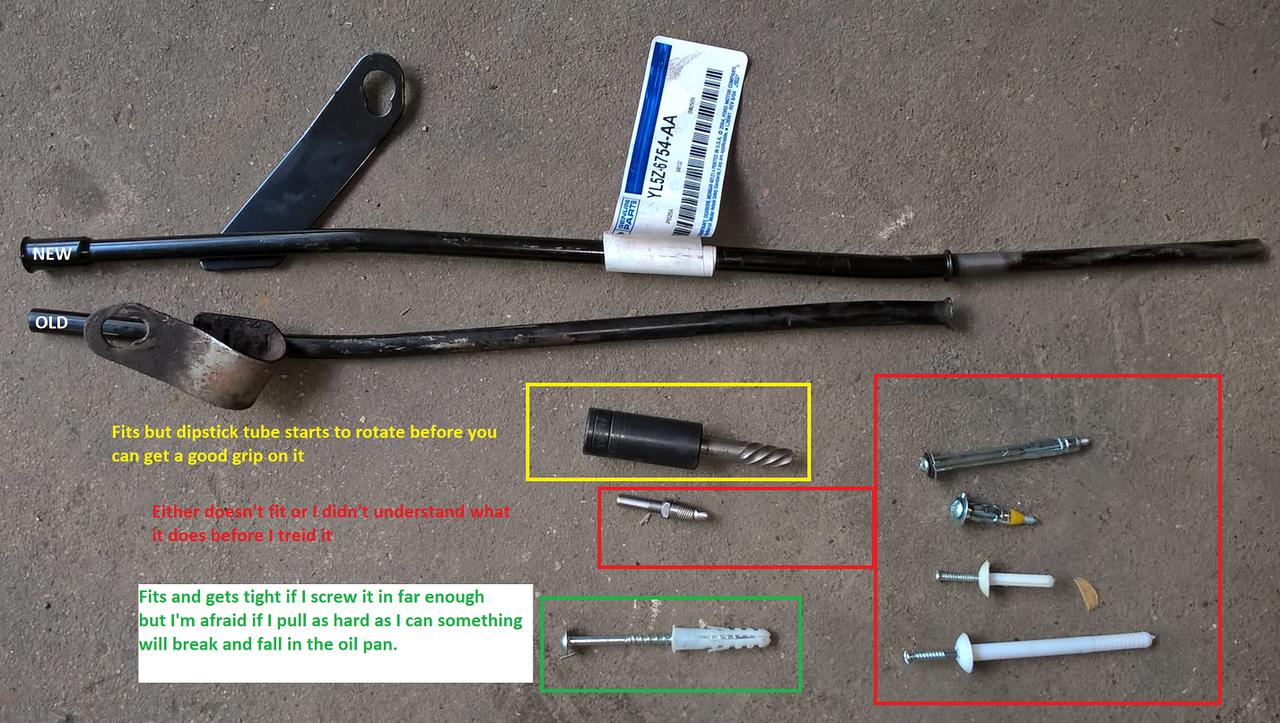 If I try the green one I can pull very hard but it doesn't come loose. I can pull so hard that I'm afraid I'll break the plastic piece in two and it will fall in the oil pan. Yet, if I try the yellow one the tube rotates so easily you can't get a tight grip on it.

The job I'm doing is a blown head gasket. I had the heads reworked and the guy at the machine shop said they got hot. Most of the hot parts on this truck have been impossible to work with. Except this tube rotates with a little force. It just won't pull out.

How can I get this tube out? I'm desperate but really don't want to drop something in there.

I had the replacement dipstick tube on hand so I knew how much was stuck in the engine. The broken dipstick in this video is much shorter but having the replacement on hand let me know I'd have to do something slightly different. But that video did mention it's probably not a good idea to drop something into the oil pan. So.

Step 1. Get a Paper Mate #2 pencil and some earplugs. Take the spring out of the pencil and screw it into the earplug. Squish the ear plug and shove it deep enough into the dipstick tube that it will be out of the way. Once the earplug expands unscrew the spring and set it aside. Now you don't have to worry nearly as much about something falling into the oil pan. 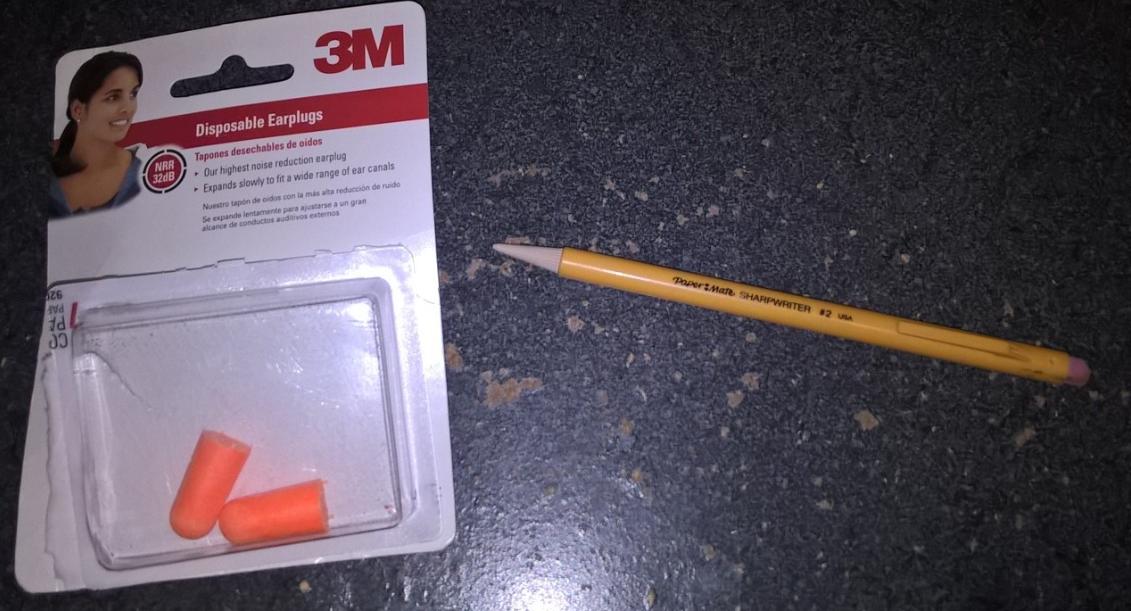 Step 2. Shove a plastic screw anchor into the dipstick tube. I was super duper lucky because I had one exactly the right size. Don't force it all the way down if it doesn't want to go that far. Once that's in screw in the screw. 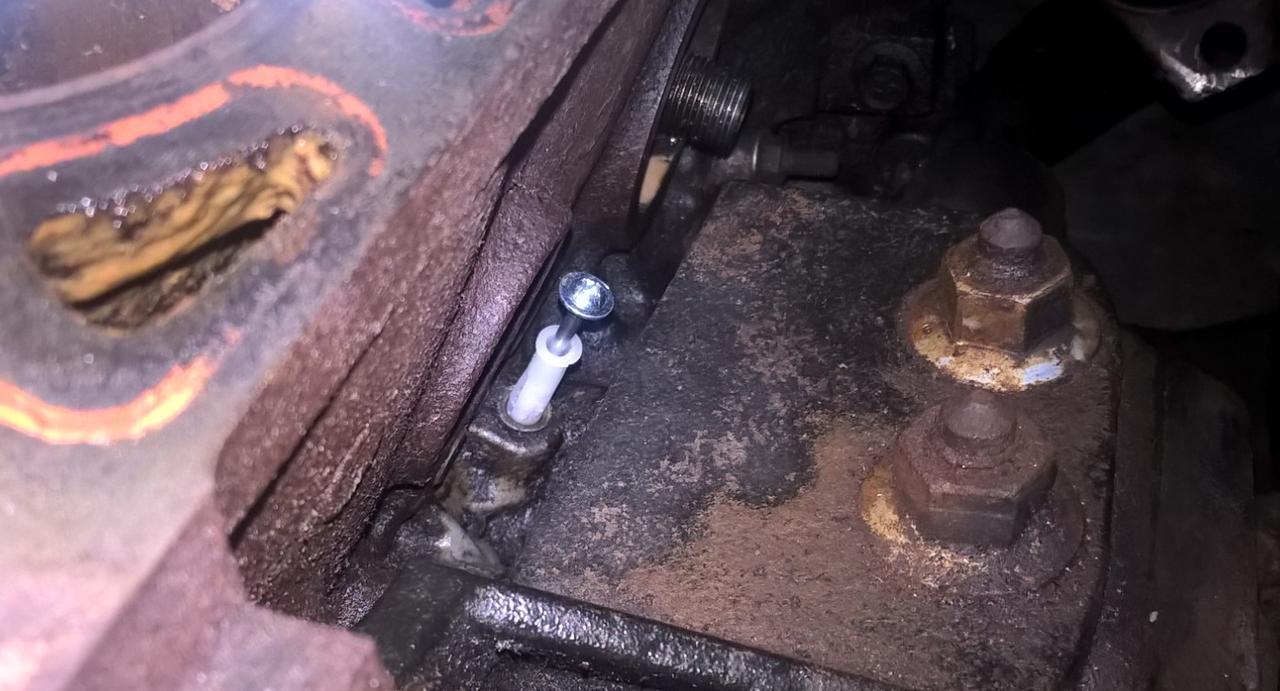 Step 3. Initially I grabbed pliers right after step 2 and tried pulling the tube out. I couldn't get the right pulling situation setup though and had to start over a couple times. What eventually worked was to tie some straps in a knot around the screw, so that they catch on the screws head, and use the straps to pull the tube out. 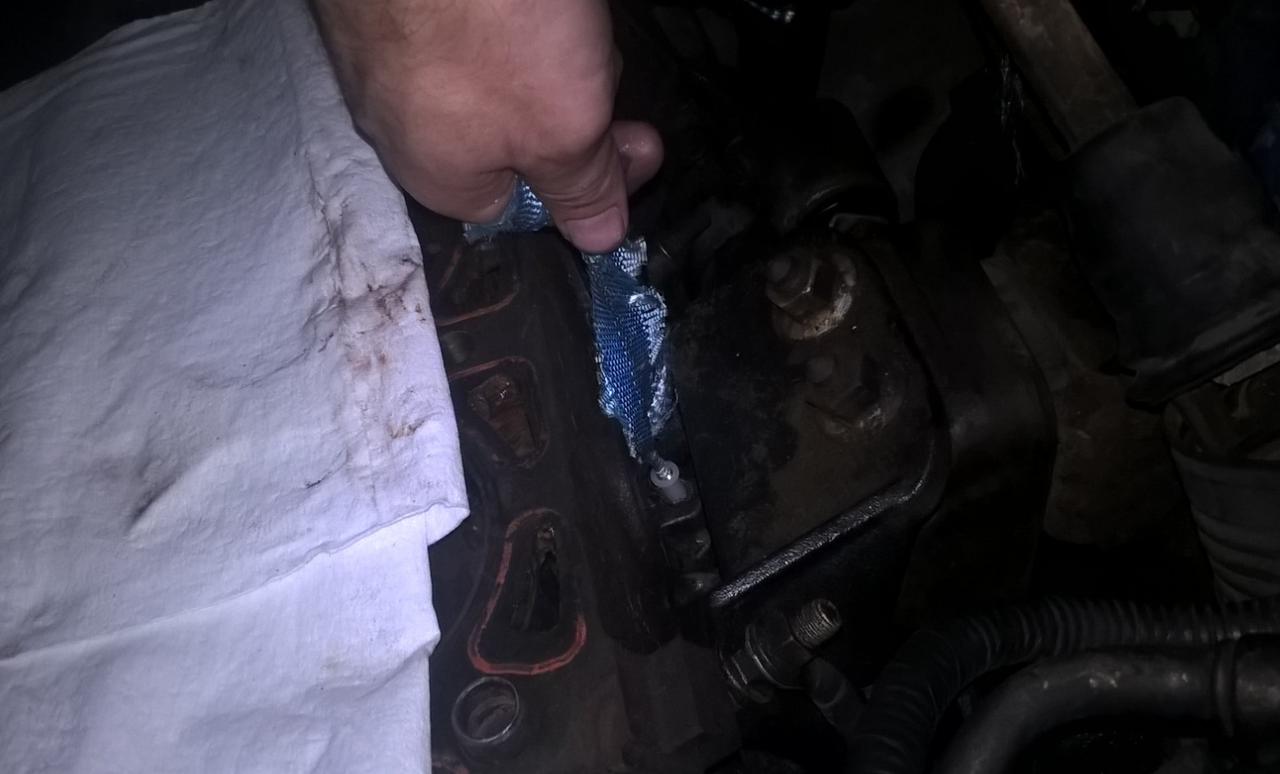 Step 4. For me the tube would rotate but really did not want to be pulled out. I had the earplug in there so that gave me some peace of mind about pulling hard on the straps. It only came out after pulling very hard. 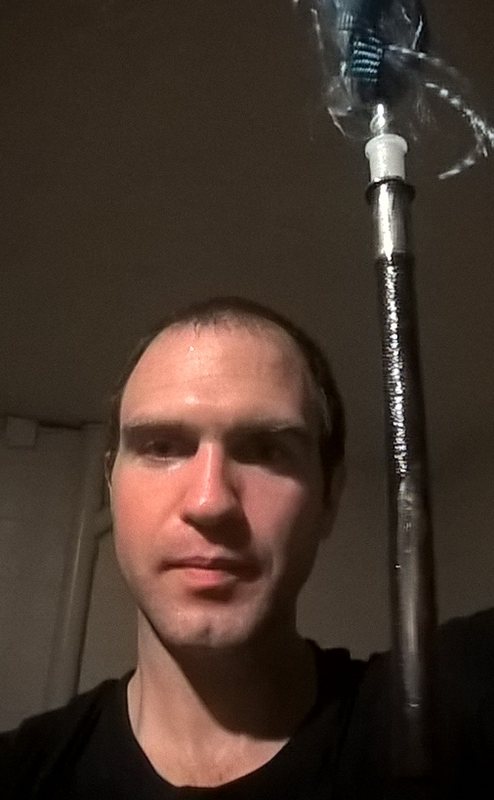 I had a similar situation with a '96 Intrepid 2 weeks ago. Your best bet is to drain the engine oil and remove the oil pan. Once that's done, you can either get at the rest of your tube from underneath, or drill it/punch it in from above without worrying about getting contaminants in the engine oil.

Similar issue with a 1979 Jeep. Resolved by running a 1/4 x 2in screw all the way in and breaking it loose by prying up with a screw driver. Once it was free I loosened the screw over halfway to get as much pressure off as I could and tapped it out with hammer as gently as possible. Because of the curved nature I would just wiggle it every few taps. I am sure some are more stubborn then mine was.