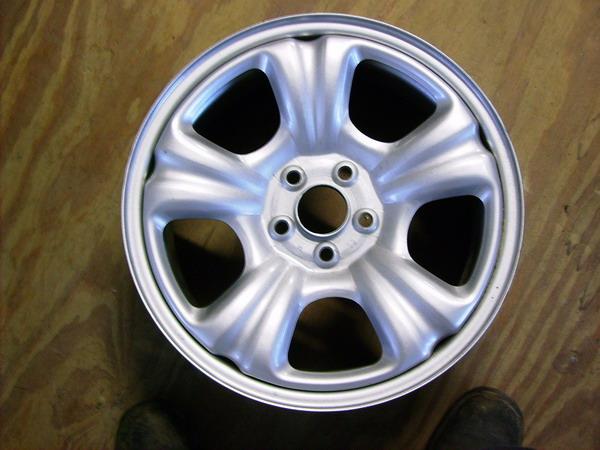 Can these be fitted to a MY2002+ Forester? Obviously there is more rim diameter but presumably the tire sidewall would be somewhat less for a similar overall wheel diameter

The bolt pattern is the same at 5x100 for both. According to this website the offset for stock 2002 and 2013 Foresters run between 45-48mm. The difference is not a huge deal and since both vehicles use the same, it shouldn't be an issue. Even the center bore (middle hole) is the same at 56.1mm. The larger diameter wheel will have no effect, as in as far that goes, there will be no fitment issues. You'll need to purchase tires with the same rotations per mile (RPM) or overall diameter as the original ones. As you suspected, this will drop the aspect ration some and will usually make the ride a little bit more harsh, but will improve handling.

Not the answer you're looking for? Browse other questions tagged subaru wheels or ask your own question.

6
How can I measure Rim Offset?
2
How to determine tire compatibility [93 4runner]
5
Why is tire sidewall height expressed as percentage of width?
5
Considerations for downsizing wheel diameter
1
Heat from rear passenger wheel
4
wheel offset and effect on car geometry
3
Replace alloys with steel rims?
0
Downsizing rims from 14" to 13", what is the optimal tire size?
0
2.5L Subaru 2013 Forester oil consumption
0
Which is heavier, an inch of aluminum wheel rim or tyre?