I am trying to clean the engine bay of my 2002 Ford Focus SE, which is really grimy thanks to years of neglect, and a valve cover gasket leak that I recently fixed. 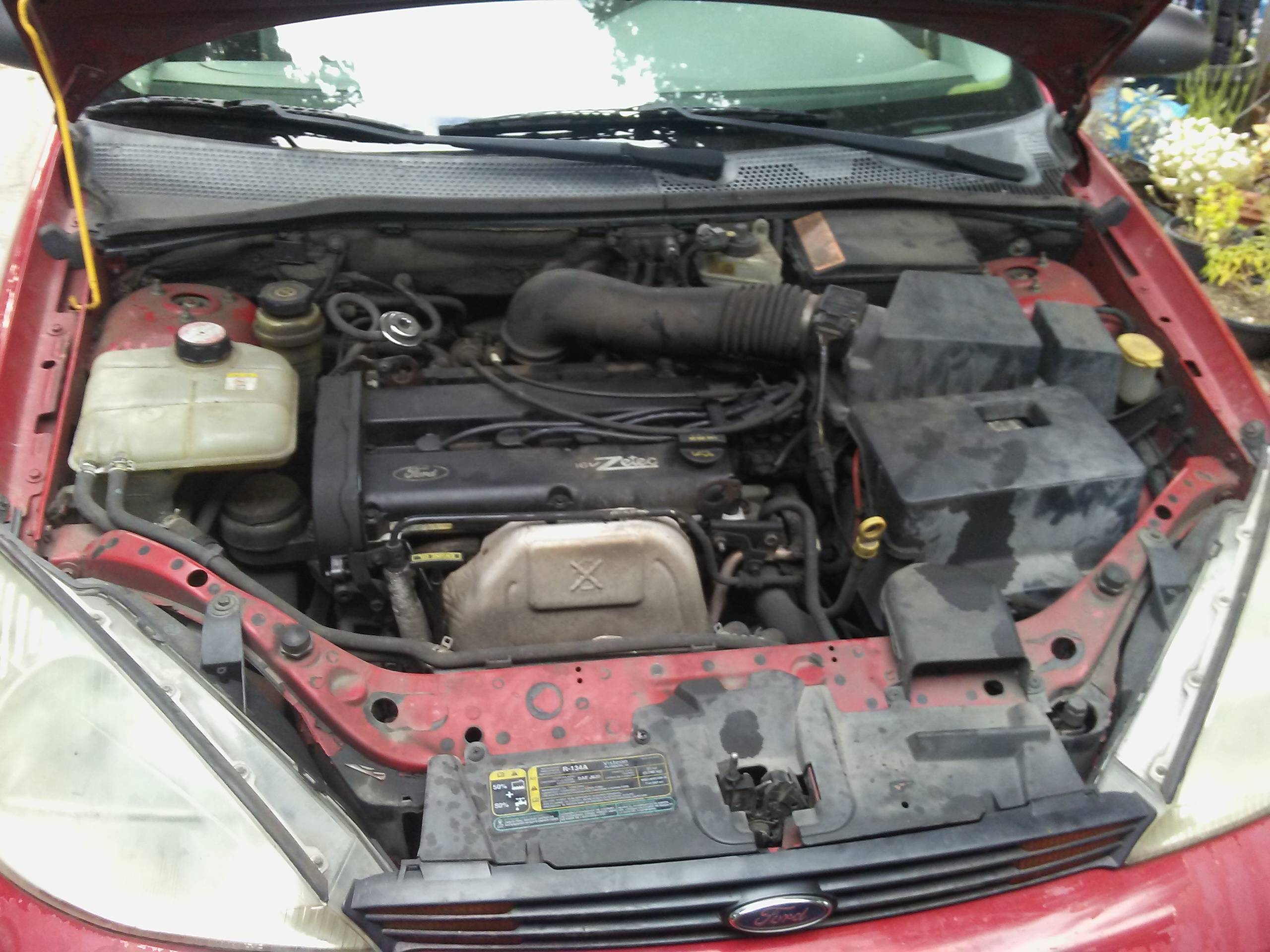 I have been reading about how to clean engines properly, but am seeing some conflicting info. Some people are just spraying degreaser, and then using a brush and garden hose to clean. Others say that it's super important to cover all electrical components with plastic.

1) Which engine components besides the alternator, electrical connections, and battery do I need to protect from water? Are there any mechanical components that need to be protected or plugged off? I was just going to duct tape some plastic grocery bags around things to keep them dry. Does that sound adequate or is there a better way?

2) How long should I let it dry before driving it?

3) Any other tips for cleaning that will minimize the risk of damage?

My view on cleaning engines is that they are probably designed to get wet. At least wet in reasonable ways – rain while the hood is open, splashes from puddles, water that makes it through the radiator and around the edges of the hood.

If you pull apart the electrical connectors on most (i.e., the ones that I work on :-) cars you'll see that some care has been taken to weatherproof many of the connectors. I take this as evidence for my belief that cars and engines expect to get wet.

On the strength of that I've been washing the engine compartments of my cars for 40+ years. Here's what I do:

While I'm hosing the engine off I try to avoid spraying directly into electrical components, belts, and bearings. I'm pretty concerned that a high pressure water stream could find its way past the seals of a bearing since the stream of water is kind of "unnatural" from the point of view of an engine. Belts I just figure I don't want to have left over grease or oil on them.

So far I really can't say I've had any problems either short-term or long-term from doing this and a clean engine bay makes it much easier to notice and fix problems. Not to mention more pleasant.

If you live in a salty environment it is probably a good thing for the engine bay (and the rest of the car) to get washed from time to time.

I went ahead and cleaned the engine, and so far (after a couple of hours driving around today), everything seems OK. Before applying degreaser and washing, I disconnected the negative battery terminal and wrapped the following parts in plastic grocery bags + duct tape:

After covering these parts with plastic, I used detailing brushes to cover everything with a mixture of 1 part Simple Green degreaser/cleaner to 10 parts water. I used enough that it flowed down over components lower down in the engine bay. I let the cleaner sit for several minutes, and then gently showered it all off with a garden hose nozzle. I repeated this process several times, each time using small brushes to agitate the thicker areas of grease/dirt and scrub in the degreaser.

One problem to note with this particular engine is the recess in the valve cover, where the spark plug boots are inserted. This filled up with water when I hosed everything off, and the water slowly seeped through the seals on the boots, and dripped into the spark plug wells. Fortunately, it seems like the plugs prevented the water from actually getting into the engine, and no problems have resulted (so far). But I did have to take towels and soak up all of the water from around the plugs, which was time consuming and frustrating. In the future, to prevent this, I will just seal this entire part off with plastic + tape.

Anyways, I'm pretty satisfied. The engine still has a lot of grime on parts that were hard to reach with a brush, but it's much cleaner to work in and I can see everything better.

Another tip if you're worried about spraying water into a certain spot. I would drench whatever I wanted clean and scrub and I rinsed with a water bottle that I would poke 2 or 4 holes as similar as possible so you can squirt a pretty thin straight and gentle but controllable stream of water.

Not the answer you're looking for? Browse other questions tagged engine cleaning focus detailing degreaser or ask your own question.