How Does a Quick Shifter work in a motorcycle

I have often seen motorcycles like the BMW S100RR and the famous Ducati Panigale with Quick Shifter technology which allows seamless gear changes.

I want to know how these things work mechanically and are there any advantages or disadvantages of the tech.

Since these are called quick-shifters we'll dub slow-shifting the traditional way of shifting gear. When you slow-shift you usually close the throttle, disengage the clutch, act on the gear shifting pedal, engage the clutch and reopen the throttle. Now, this is a time-consuming process (a few hundreds of milliseconds) which might be undesirable in a racing environment where every fraction of a second counts. Enters: the quick-shifter.

How Does it Work?

There are many types of quick-shifters out there and not all use the same methods although they all aim at achieving a common goal: reduce load on the drive-train to safely engage a higher gear without damaging the gearbox. The way this is done is usually by momentarily cutting fuel and/or ignition for a few tens of milliseconds during which the gear is engaged. All of this happens without the need to close the throttle.

The quick-shifter is usually a sensor reading the position of the shifter, informing a microcontroller of when up-shifting takes place in order for the controller to cut the fuel/ignition. It looks something like this: 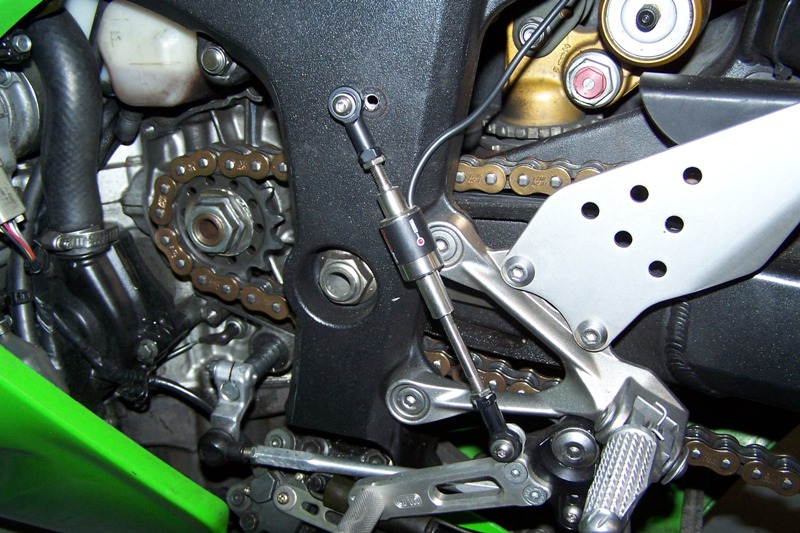 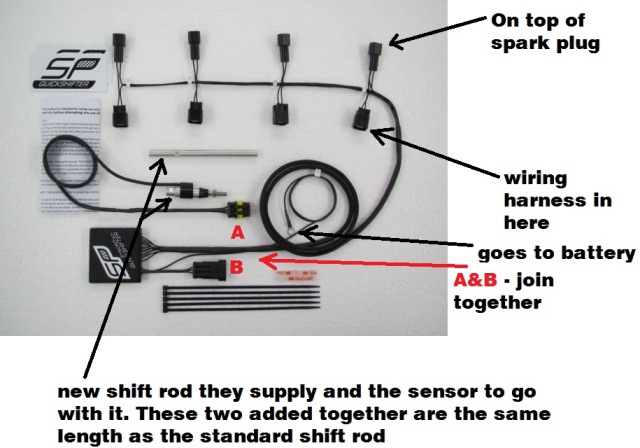 In this case you have one cable for each sparkplug which suggests that this unit cuts the ignition when quick-shifting.

Is Quick-Shifting Harmful for the Gearbox?

The general consensus on the internet seems to be that quick-shifting can be less harmful for the gearbox than slow-shifting since the engine power is guaranteed to be lowered when the fuel/ignition are cut. Whereas an unskilled driver manually operating the clutch is more likely to make the mistake of leaving the throttle open during up-shifting.

The first answer is good and rather complete, and I would have added this as a comment if I had the reputation... It might help to understand how a motorcycle gearbox differs from the traditional design that you will see in most explanations. The gears in a motorcycle gearbox do not slide on the shafts to engage and disengage gears, the gears are constantly engaged with each other but at least one of each pair is free to rotate on its shaft. The gearchange mechanism moves dog-clutches around to alter which gears are locked to the input and output shafts. The dog clutches slide on splines on the shafts. The sequence in which the dog clutches slide is controlled by a cam drum connected to the shift lever. This means that it is possible to do very fast gearchanges on a motorcycle without using the clutch. All you need to do is unload the gearbox so that the dog-clutches are free to slide on their splines while moving the gear change lever. Because of the sequential cam mechanism only a very small and fast movement of the lever is needed. Many motorcyclists (myself included) hardly ever use the clutch for up-changes. You just need to apply a gentle pressure to the lever, momentarily close the throttle, and the gearbox shifts smoothly and very quickly into the next gear. Down-changes are more difficult to do smoothly, as you are typically loading the gearbox backwards and braking at the same time. You need to press on the lever and momentarily open the throttle. This needs a certain dexterity to operate the throttle and brake at the same time.

So, all that a quick-shifter does is measure the force on the shift lever and turn off the spark plugs when the lever is operated. This only works on up-changes, but cutting the spark rather than closing the throttle means that there is less disturbance to the air-path and the power comes back faster.

I you are worried that clutchless changes are bad, then you might be reassured to know that my 2004 Yamaha R1 has done 105,000 miles (with very little motorway use) with me shifting that way, and is still on the original gearbox and clutch.

An interesting development in MotoGP is seamless gearboxes. These allow gear-shifts under full power. There isn't much information about how they work, but I suspect that they use one-way clutches between the shaft and the gears. This is conceptually very much like the way that the traditional 3-speed bicycle hub works: When you engage a higher gear the lower gears simply-over run their clutch. (in some gears with those hubs you can hear the non-driving ratchets ticking)

On the racing car - Upshift cuts the ignition, Downshift blips the throttle. Details: instead of gear stick they have paddle shift. It is a actuator attached to a gear selector and being pushed or pulled by compressed air or solenoid. Compressed air comes from a little compressor mounted on a car. When you switch gears up you send a signal to ECU which is programmed to open a solenoid valve and fill the actuator with a compressed air and push a gear selector. At the same time it cuts the ignition so the gears becomes loose for a time of eye blink. When you switch gears down, ECU opens another solenoid valve to fill the actuator from the other side to push it other way and also opens third valve to blip a thottle. It is another small actuator fitted on a throttle cable, which might be run by compressed air or a powerful solenoid. Also gear position sensor tells the ECU which gear it is going to be so it doesn't blip or cut when you try to find a neutral..

Actuator - the picture shows pneumatic (air) actuator, but it also can be a powerful solenoid. 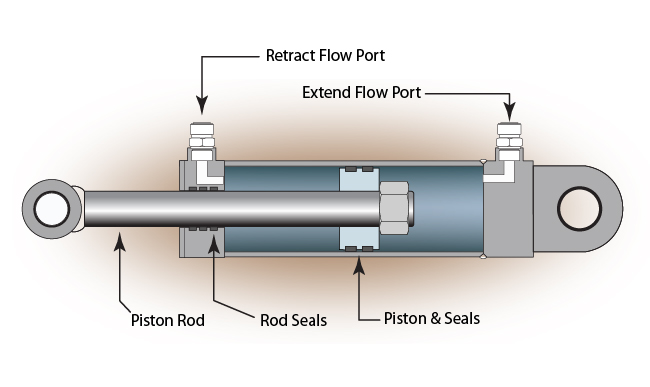 Here's my Dyno run for a 1585cc modified GSXR engine without a paddleshift (quickshift) because the engine gear position sensor plug is not acceptable for my dyno so it won't cut the ignition or blip the throttle, so for gear safety I had to switch and blip by hand... As it seems it won't disengage gears on so big engine without a clutch or proper ignition cut timing.. Suzuki 1585cc dyno run video

This is what Suzukis have: These have dog gears, but usually called "dog-tooth gears" because the side engagement "dogs" are undercut on the drive(power) ends like a saw blade. There are no clutches (inside) or synchronizers; the gears simply jam together like legos, and the undercut teeth drive themselves together like magnets. It holds up to stylistic differences.

Not the answer you're looking for? Browse other questions tagged motorcycle transmission automatic-transmission ducati or ask your own question.

2
How does a belt drive CVT variator work?
7
Clutchless Downshifts Using Throttle Blip on a Motorbike/Sequential Gearbox
5
Reverse Gear Doesn't Work Anymore on an Automatic
8
How come gears don’t normally change in an automatic car?
1
Why is the throttle on my motorcycle jumpy?
2
Could the OBD2 connector be used to switch gears?
1
Engine braking in an automatic: Does it save fuel?
0
What are some ways to find out the wax you have done on your motorcycle/car is done properly?