I have just broken down. I am safe. My car has suddenly cut out and my instruments are frozen. The car will turn over but it refuses to start. My fuel gauge is stuck as well. My engine is cold so I do not know about the temperature gauge 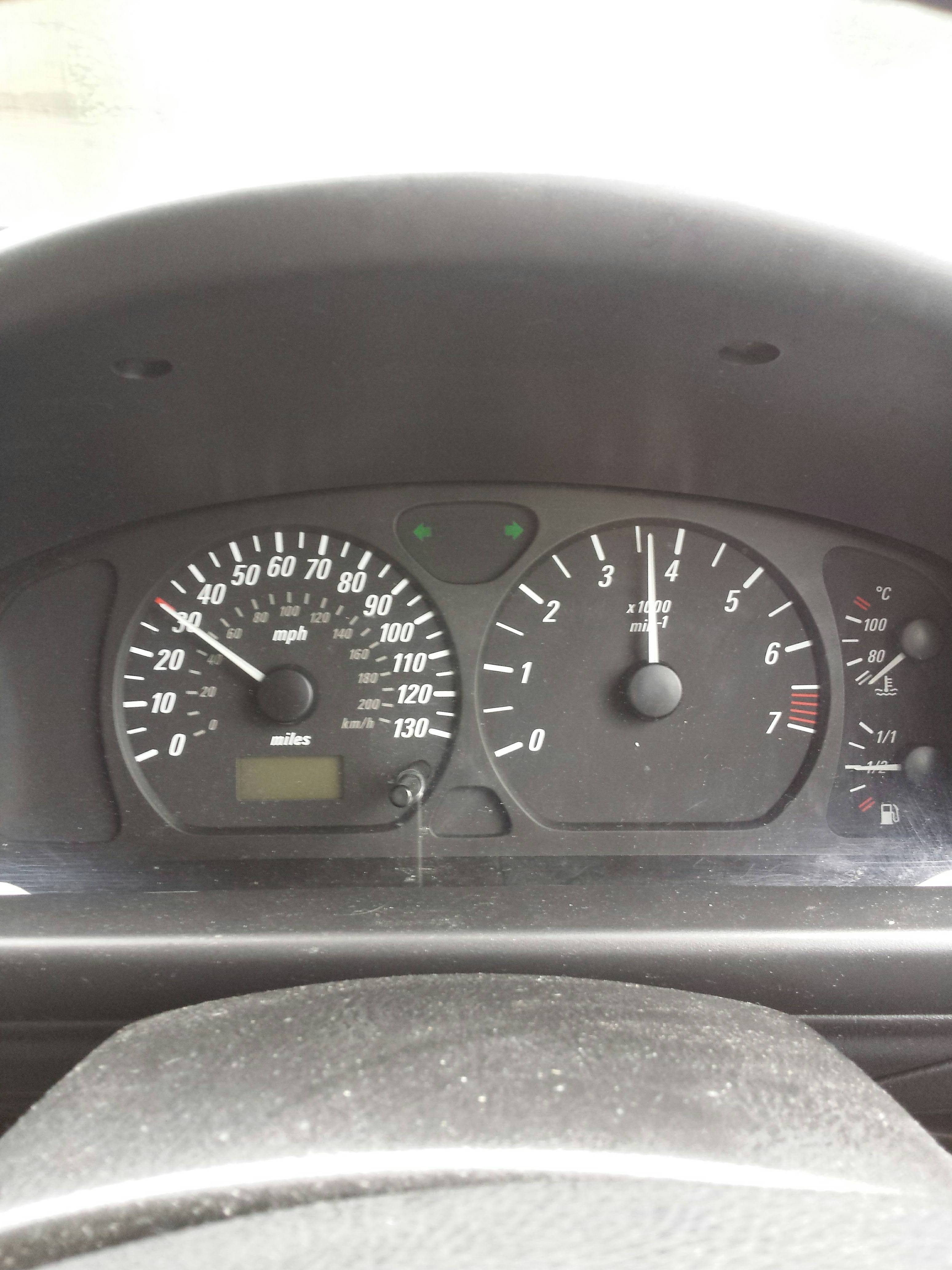 This is with the key removed from the car.

When I turn to run, with the warning light test I get NO emissions lamp or engine warning light. My odometer does not work either. I get a blank screen. I get the EPS lamp, the airbag light, the oil and battery lamp (when the keys are in the engine run position). The airbag lamp goes out after a while as in this photo. 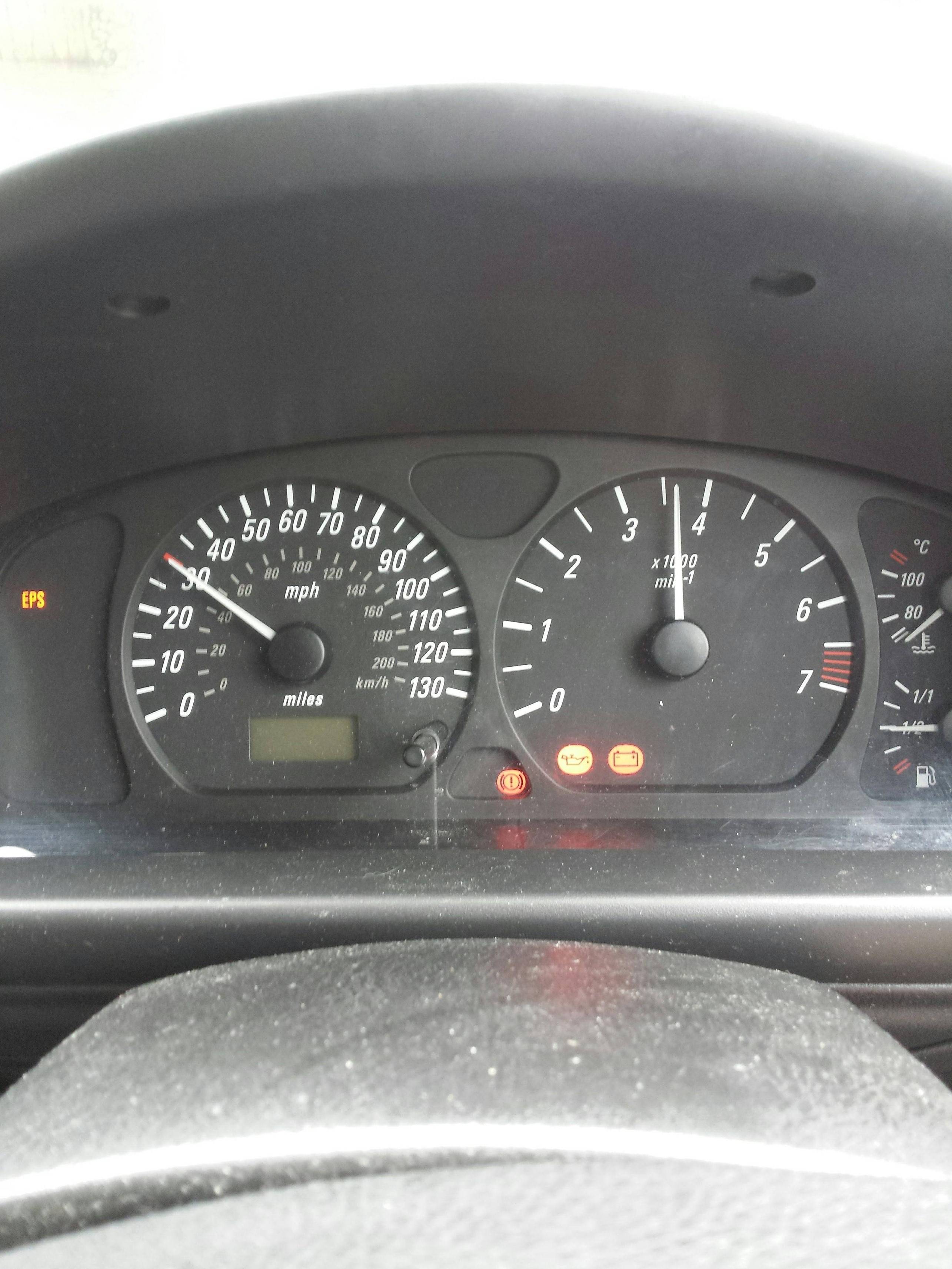 Please help. I do not have breakdown cover and I am miles from home.

My clock and temperature display in the centre console does not turn on at all either and neither does the radio. It appears that no power is getting to them. My battery is fine I think as the car turns over. This happens no matter if the key is in or out of the ignition or what position the key is in the ignition

I found the problem. I purchased breakdown cover and called the AA out on Sunday afternoon. They were very fast and the guy was incredibly helpful. He said that a fuse had blown, and checked the fuses. He then found a blown fuse and replaced it for another one, but as soon as it touched it instantly blew again.

So he looked up on his computer to see which circuits run off of that fuse, and it was the clock, radio and instruments. He disconnected the battery for 5 mins and then put another fuse in, and the instruments reset and the car started

I drove about 100m down the road and the exact same thing happened. The AA guy checked his computer, and the radio and clock ran off of this, so he removed the radio wiring adaptor and the clock as well, and the car started and ran. I have had no more problems with it, and I have reinstalled things one by one to see what the problem was.

The clock is fine, but the radio/stereo is completely dead. I plugged it in and had sparks flying everywhere, so I am going to replace the radio.

My advice to anyone suffering this problem is to check all of their fuses first before doing anything, as this could be a simple fix for a massive failure.

Not the answer you're looking for? Browse other questions tagged ecu fuse instrument instrument-cluster breakdown or ask your own question.

3
My 96 honda civic will not start please help!
4
Honda Civic 2000 DX, Check Engine Light Becomes On but Does Not Give OBD Code
2
engine will not start - suspect immobiliser
0
BMW 118i (2006), Car stopped in Midde of the road and won't start
2
New ECM, car will not crank, VIN is programmed correctly
1
Alfa Giulia, central part instrument cluster switches off and on, for no apparent reason