Pranged bearing bracket on main driveshaft: can I drive the car?

My son took my wife's all-wheel CR-V down a rough road and bent one of the suspension brackets for the central drive shaft. The car was still movable, but made grinding noises as he drove the last few miles to his destination.

Here are some pictures of the bent bracket (ignore the dented muffler; we'll deal with that later): 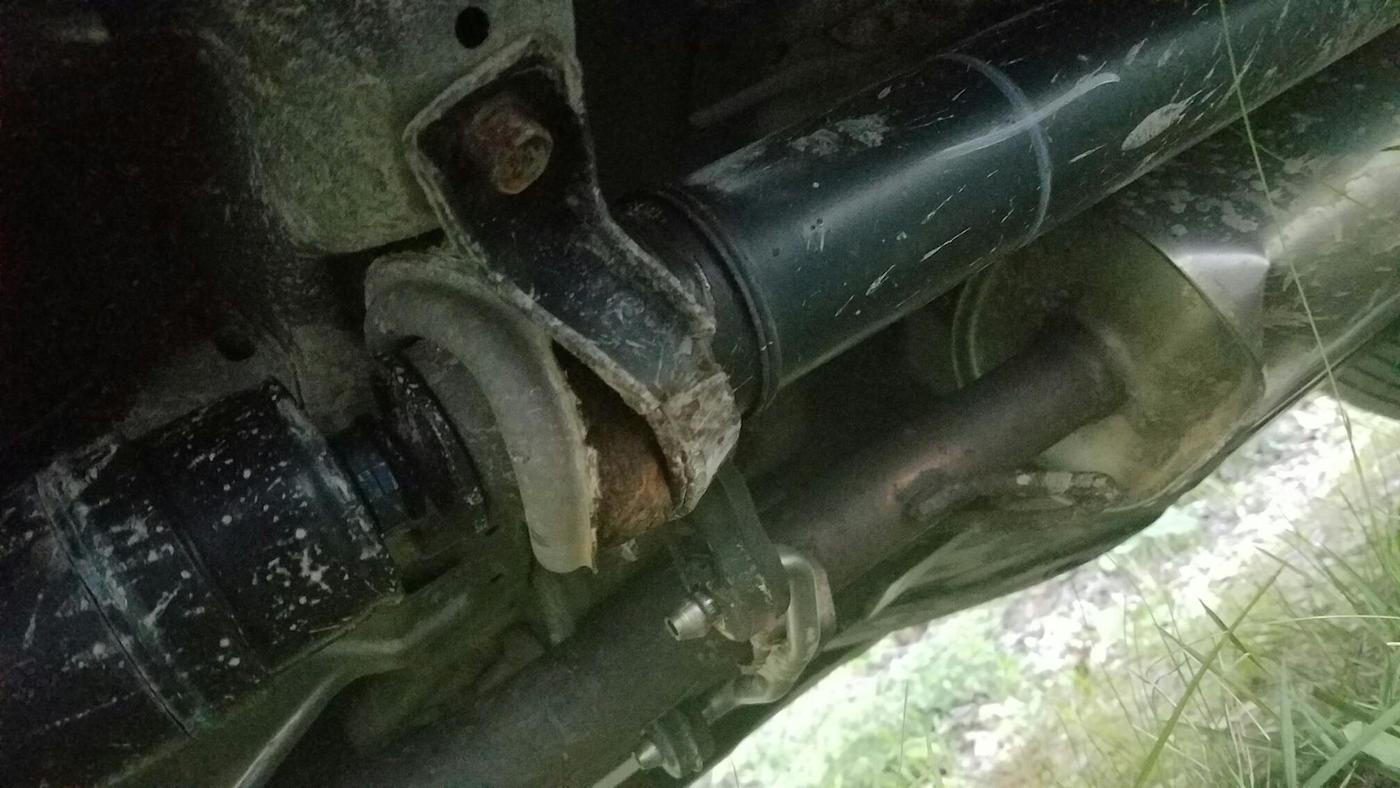 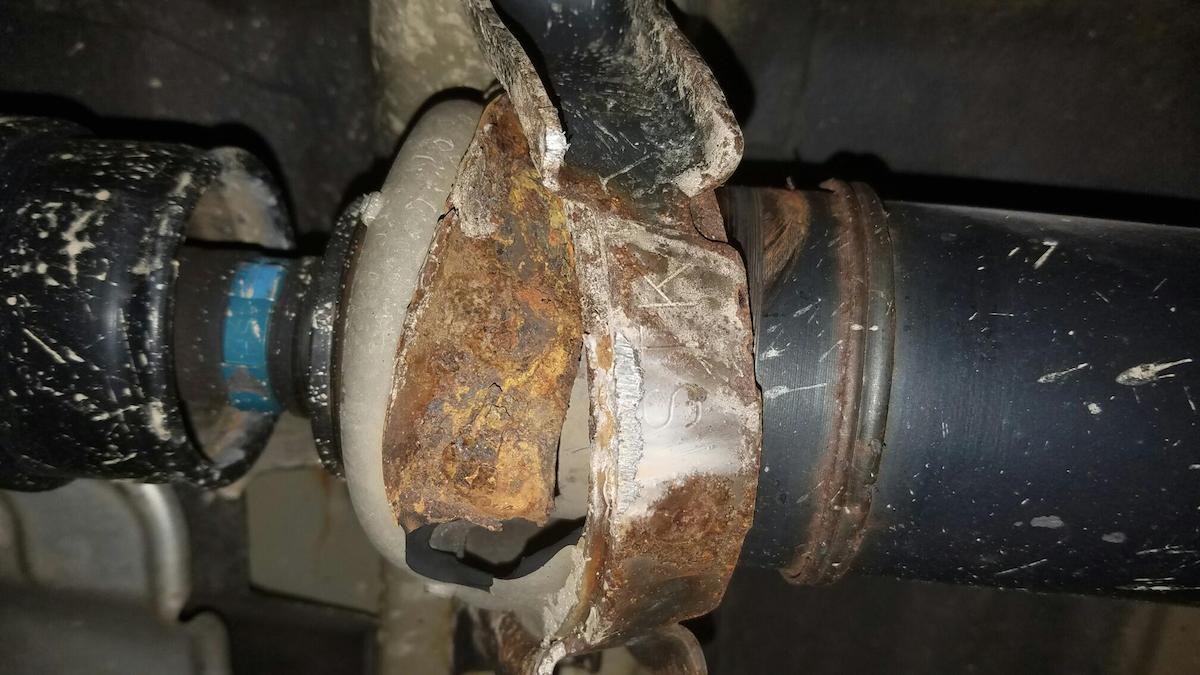 I'm not there, and he's about 80 miles from home. I'm considering driving there tomorrow in my own car, bending the bracket back into place, and then having him drive the CR-V home to be serviced next week. I figure the bracket, seal and bearing are toast, and driving it won't break anything else.

Additional info: I'm told he drove it about five miles between prang and destination. It made nasty sounds, and when he checked underneath he found it was hot (probably the bracket rubbing against the driveshaft). They tried to bend it back with the lug wrench to no avail, but I have some serious persuaders I could bring.

Final info: I did decide to get it flat-bedded to a local shop. My thinking was that a quick fix could probably let me drive the 80 miles home, but if something happened it would be seriously bad news. So, the shop will be replacing the whole driveshaft, as it doesn't come in separate parts. They also recommended replacing the muffler, but was fine with not doing it.

I don't think it's safe/wise to drive 80 miles on that. It needs to be put on a trailer and dragged home at son's expense (some insurances cover towing also, but 80 miles is a bit far. If you have a truck, maybe rent a trailer for the day)

My options would be to replace the shaft were it sits now. No fun as a "flat back" job but it is not very hard. Or tow it to a repair site. It does not look like it should be driven. A driveshaft that gets loose can cause lots of damage.

Removing the shaft and driving without one in place is not an option as this would likely damage the dual pump drive system in the rear differential.

Not the answer you're looking for? Browse other questions tagged drivetrain bearing seal or ask your own question.

3
Rubbing noise when driving with clutch engaged?
4
How can I tell which hub bearing is making a noise?
5
Throw out bearing, input shaft bearing, or drive shaft support bearing?
0
Can driving in drive 2 damage my car
6
Could one smaller tire on back be the cause for the rear wheel bearing to go out on a subaru outback?
1
How can I detect bearing damage caused by oil?
5
How can a damaged caliper prevent other calipers from fully pressurizing?
1
Do you have to machine the crankshaft after a spun main bearing?