Why does my manual gear sometimes slip into neutral?

I have a Mazda 323 Astina (called something else outside of Australia), 1997 model. When the weather is cold the car sometimes slips out of 5th gear into neutral. It only ever does it once a day, except for really cold days when it might do it twice. After the car has been running continuously for 30 minutes it doesn't do it at all.

Every time it has done this I have been either accelerating or coasting with a light pressure on the accelerator. The gear stick jumps into the neutral position and the car instantly revs up as there is no longer any resistance by being in gear. It has never done this in any gear expect 5th, but I don't spend a lot of time driving in any other gear. The point of 1st to 4th gears is to get you to 5th gear! What could cause this to happen only when the car itself is cold?

Even Before we begin I would assert that you immedieatly address the issue , its extremely Dangerous to drive a transmission that has the slippage issue.

1. Low Transmission Fluid: While this cannot be 100% attributed to the issue , this can also be a factor for a high mileage vehicle, normally manuals dont need as much maintainence for upto like 50,000 miles but after that its advisory to check.

2. Broken Gear Linkage: There are nylon linkages used in the gear leaver where its attached to the transmission, over time these things wear out causing the gear to slip into neutral automatically( I personally think this might be your issue , but get it checked with a mechanic nevertheless). The bushes look like this. 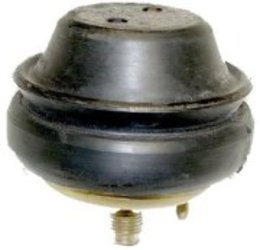 There are other causes which can cause the slipping like broken or worn out synchros which will definitely require you to open the unit and inspect.

As I said previously, unless you know what exactly to do , I would Highly advise you to take your car to a mechanic since there can be scenarios where you might be trying to overtake a vehicle and your 5th might slip and it can be disastrous.

Not the answer you're looking for? Browse other questions tagged transmission mazda manual-transmission or ask your own question.

7
Sometimes my second gear is rough to engage. What could be wrong?
4
After long journeys, gear slips in 5th, but not into neutral
5
Why does my 2016 Mustang GT Manual jolt/thud when I shift?
2
Why does my gear-shift lever seem to freeze in position sometimes?
1
Does direct shifting cause extra wear on manual transmissions?
0
Grinding while going into gear
2
manual trans really hard to get into gear