So I was looking at a 06 Pontiac G6 2.4l with a complaint of low power on hills. Had been at another shop to have the transmission checked and they referred the customer to us.

I didn't really think this through when I was taking captures and failed to get a longer zoomed out view on cylinder 1, the ignition timing mark, was short on time etc...

All captures are in Park. Using a Snap-on EEPV302AT 500 PSI pressure transducer. 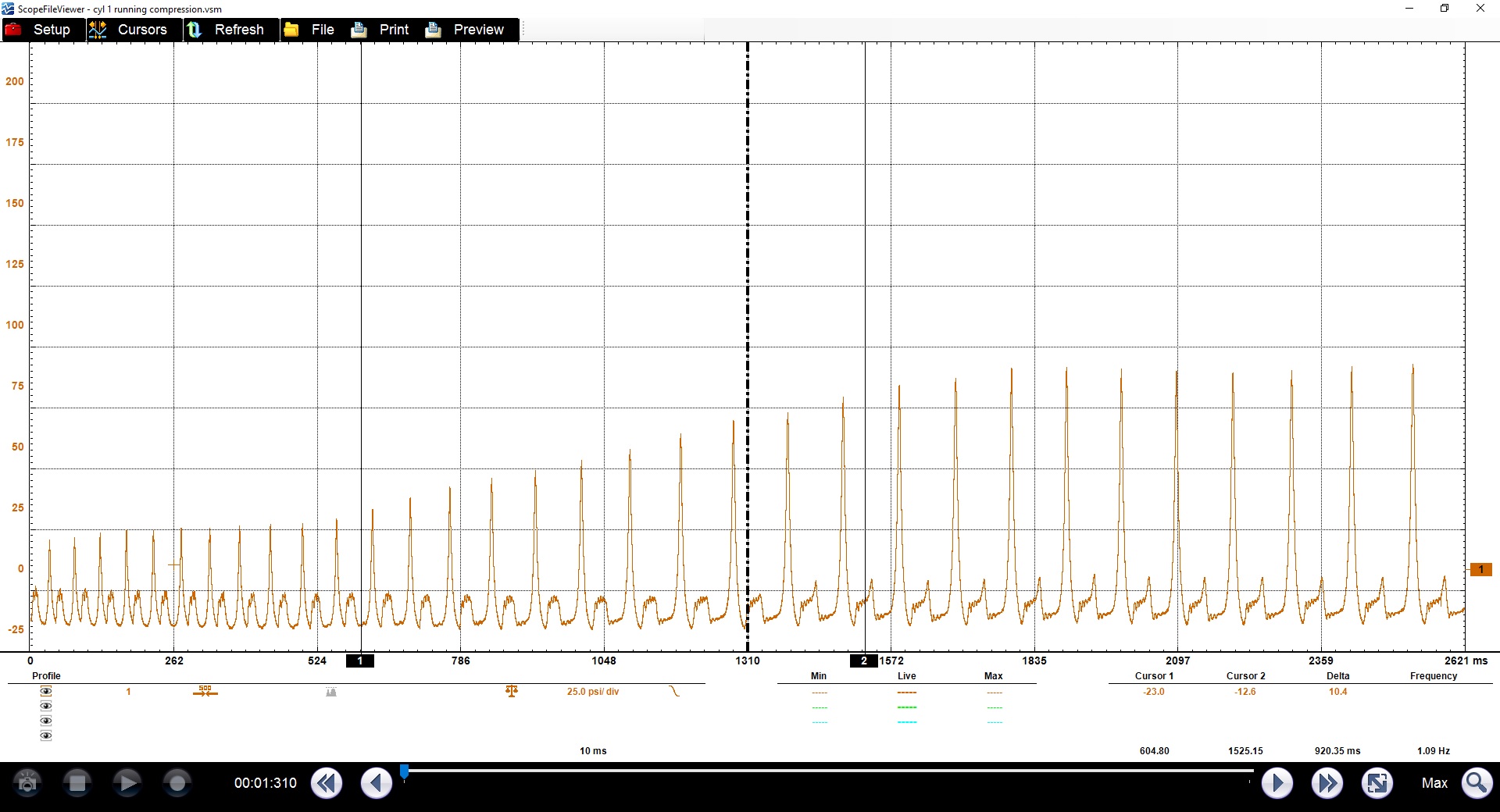 The end of the exhaust valve event where the intake valve opens looks weird. 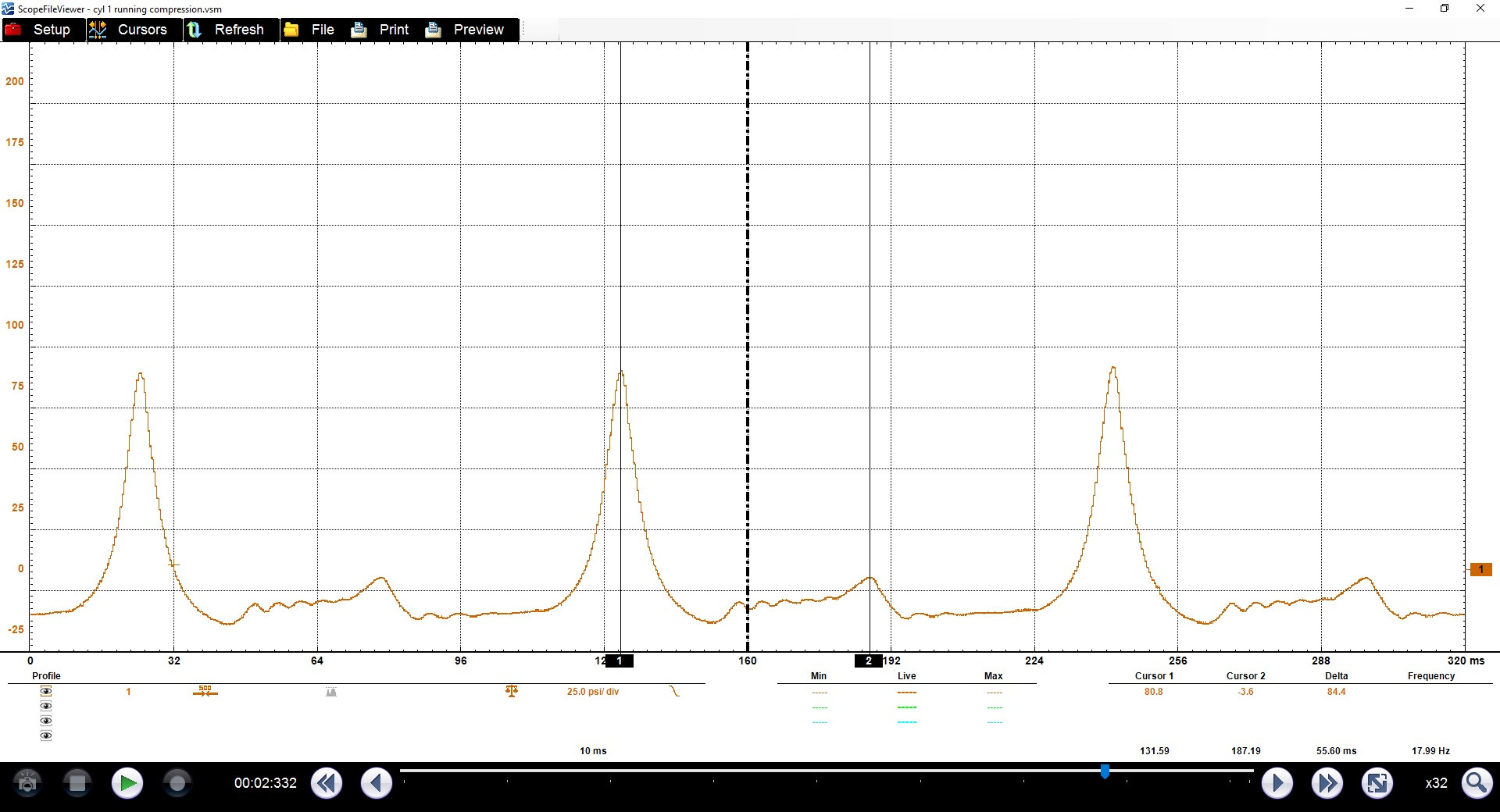 It doesn't look right but what do I know?

So onto cylinder two... 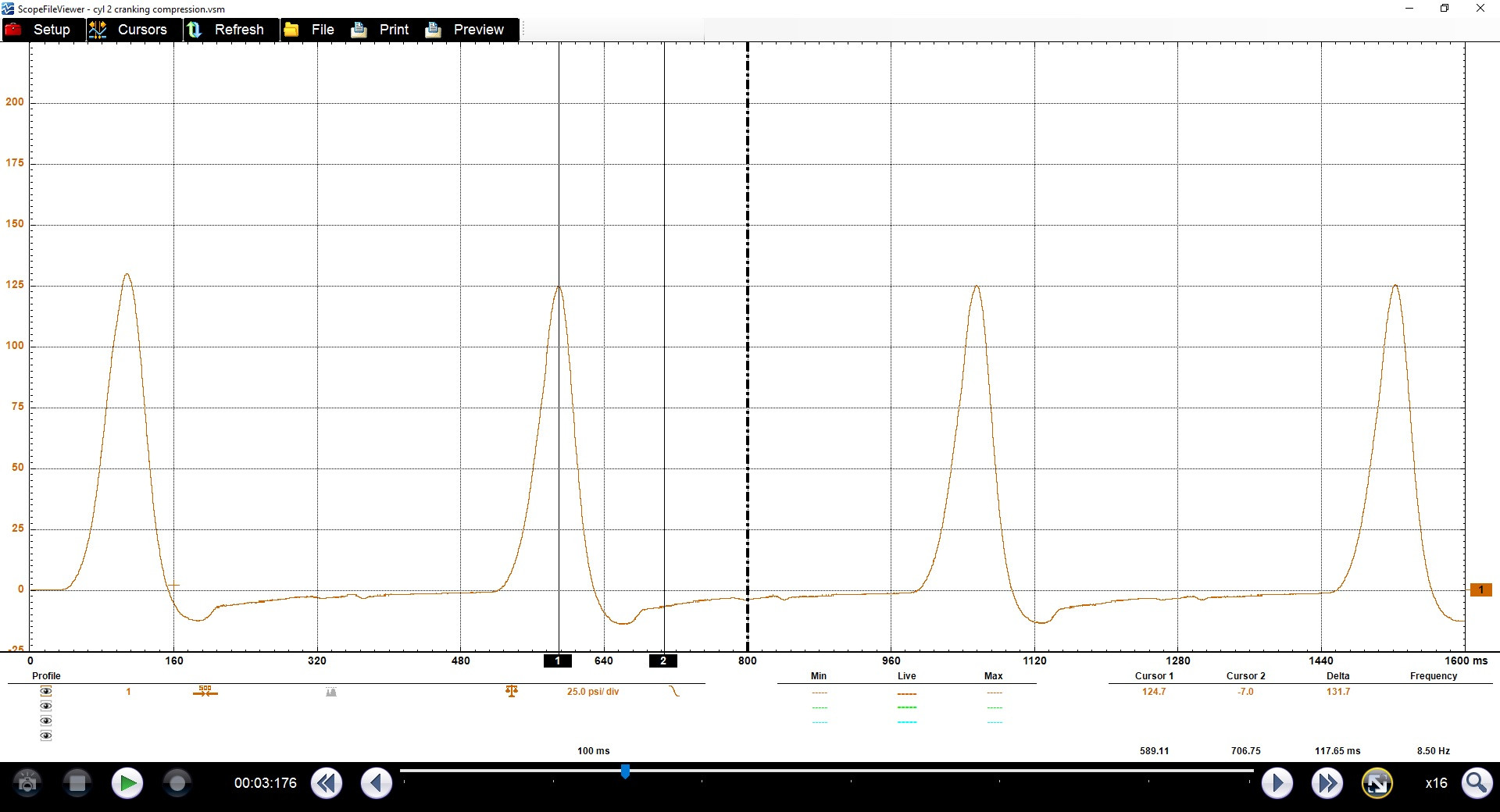 OK... how about running compression? 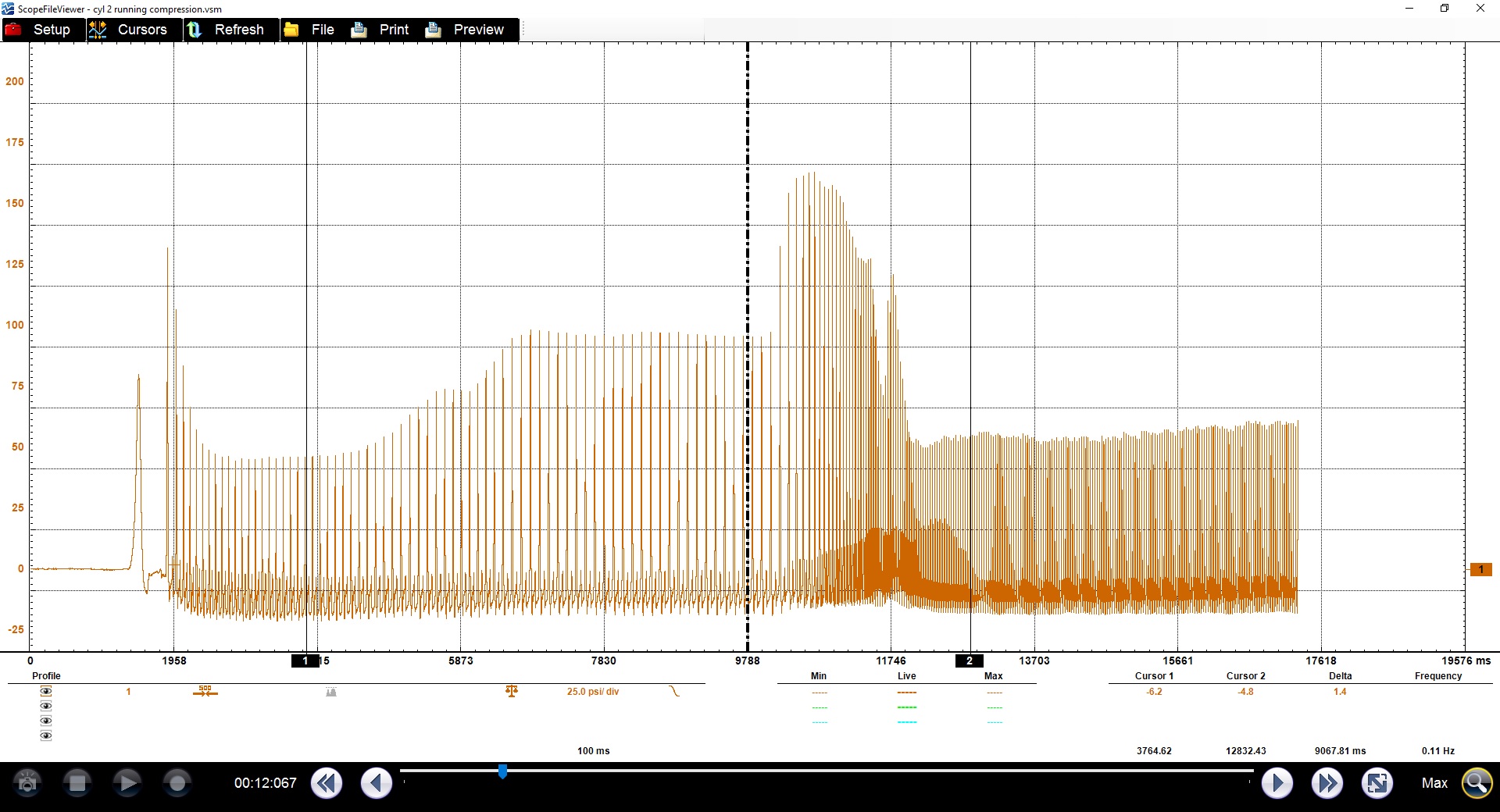 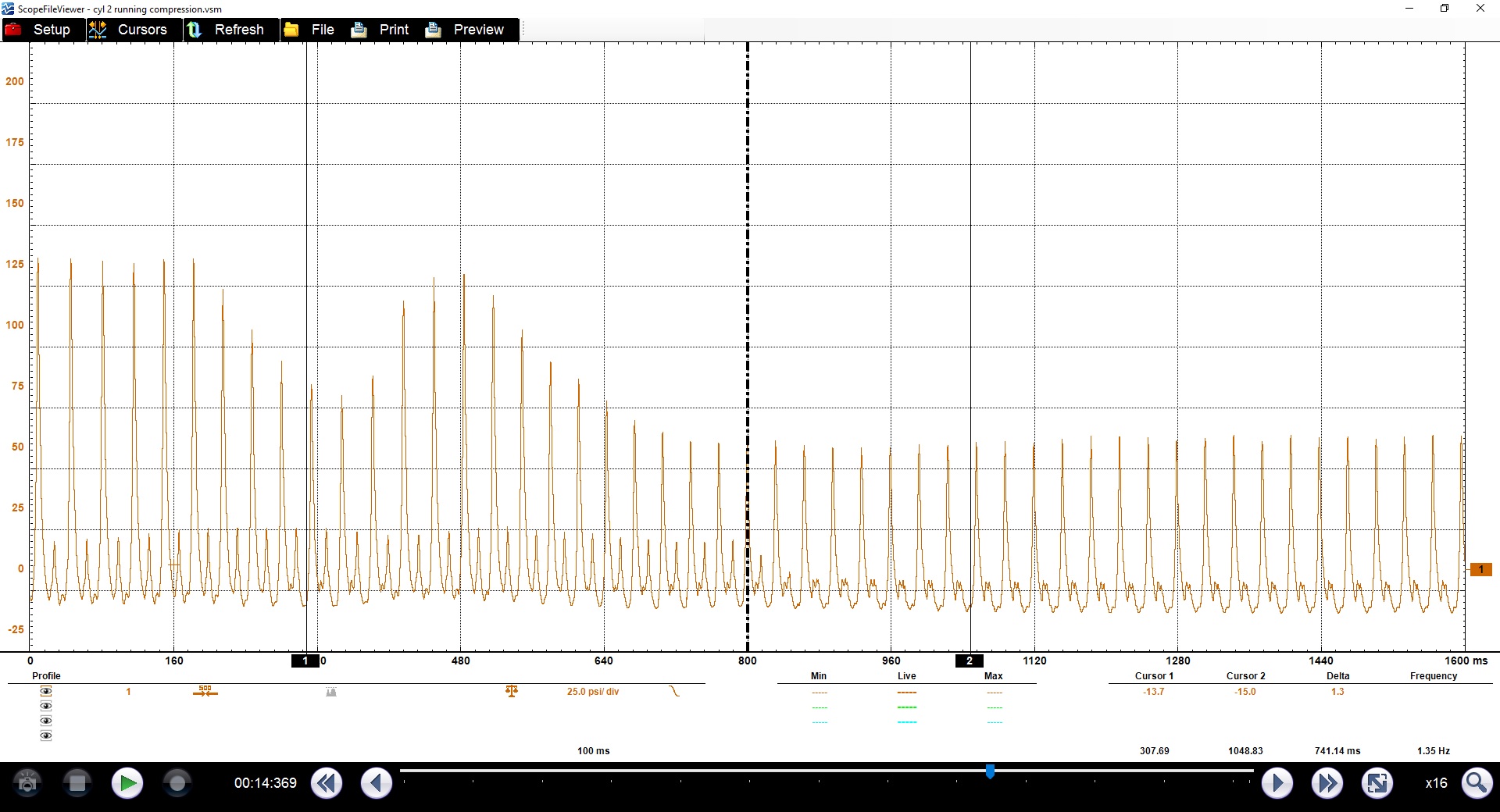 Still seeing a pressure spike at the end of the exhaust stroke.

Zoomed in on the WOT portion: 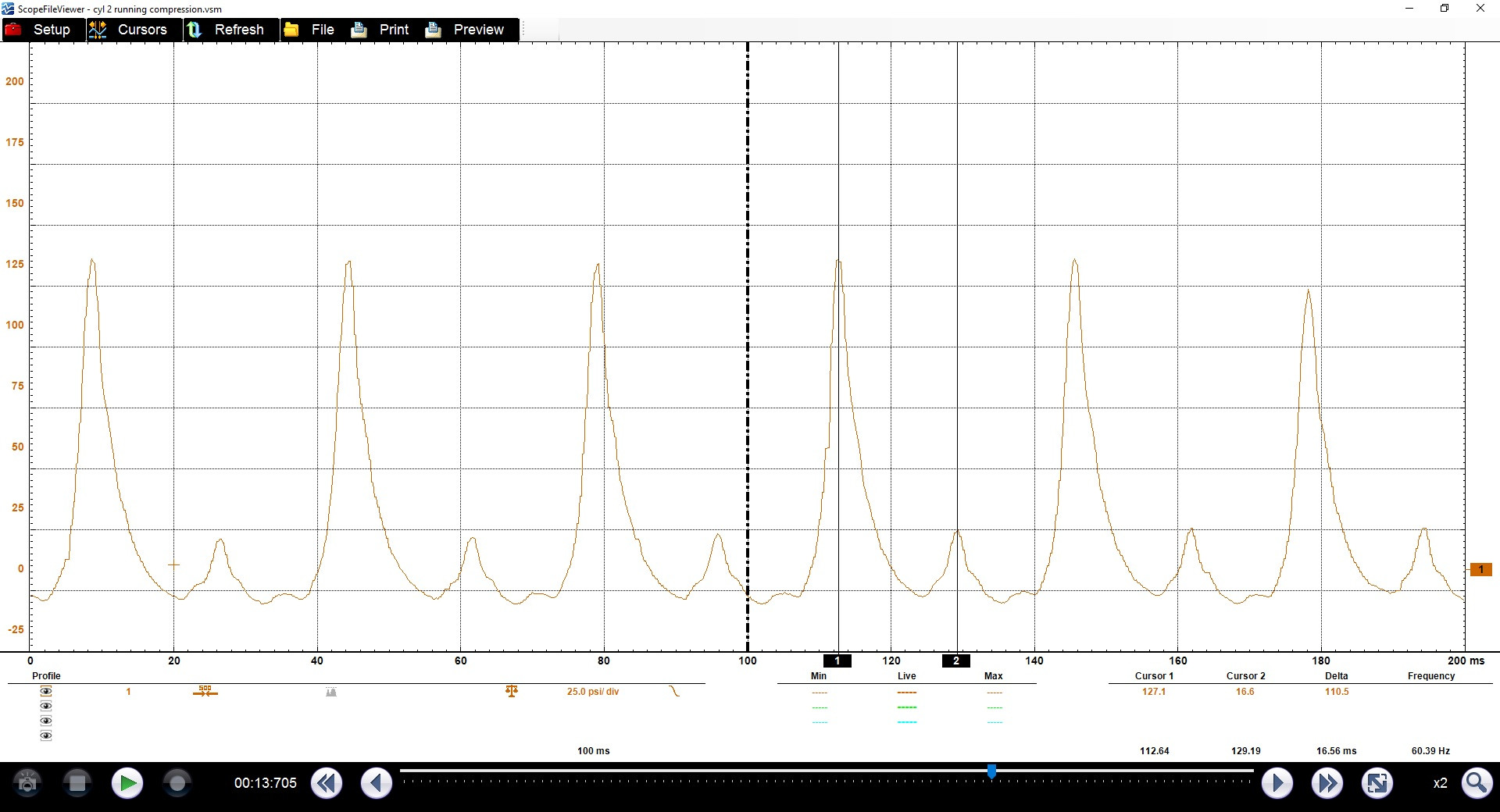 Zoomed in at idle: 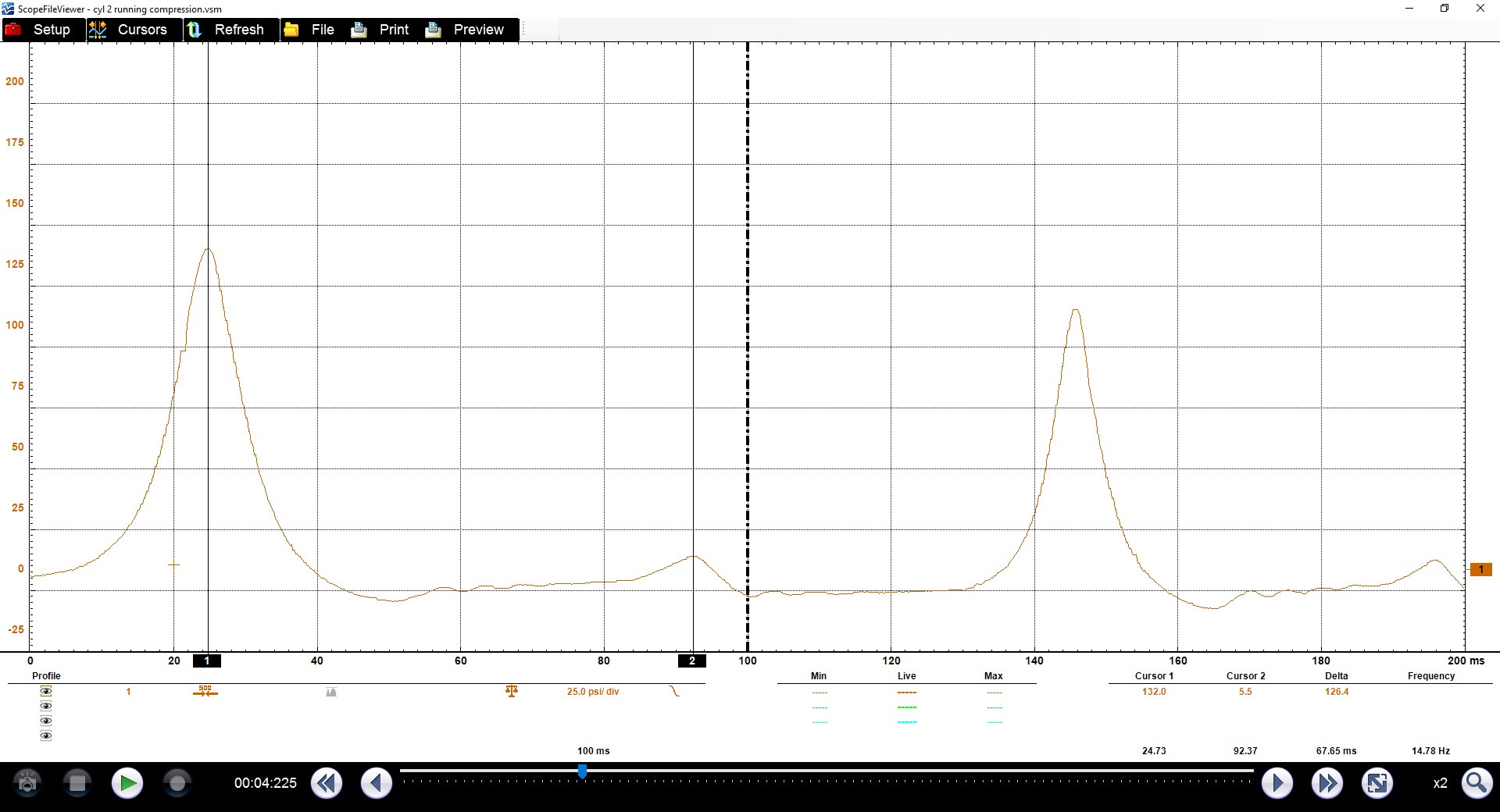 At this point I ran out of time and had to pack up. I plan on taking more captures on Monday with the B1S1 O2S removed. And confirming exhaust backpressure with a transducer in the o2 bung.

So, in pictures 1, 2, 5, and 7 what exactly is happening when the intake valve is opening and the exhaust valve is closing? Is this because since both valves are open and the piston is at TDC, it's sucking more air out of the intake manifold and results in the pressure spike due to the exhaust being potentially plugged?

In picture 6 this is kind of what I expected to see with a plugged exhaust. Would there be another explanation for the pressure spike?

In pictures 3 and 7 why are the exhaust and intake events almost the same? It looks like it's slowly building pressure.

Did another in cylinder capture on cylinder 2. Even with the o2 sensor removed the waveform was similar to picture 6. Very puzzling. 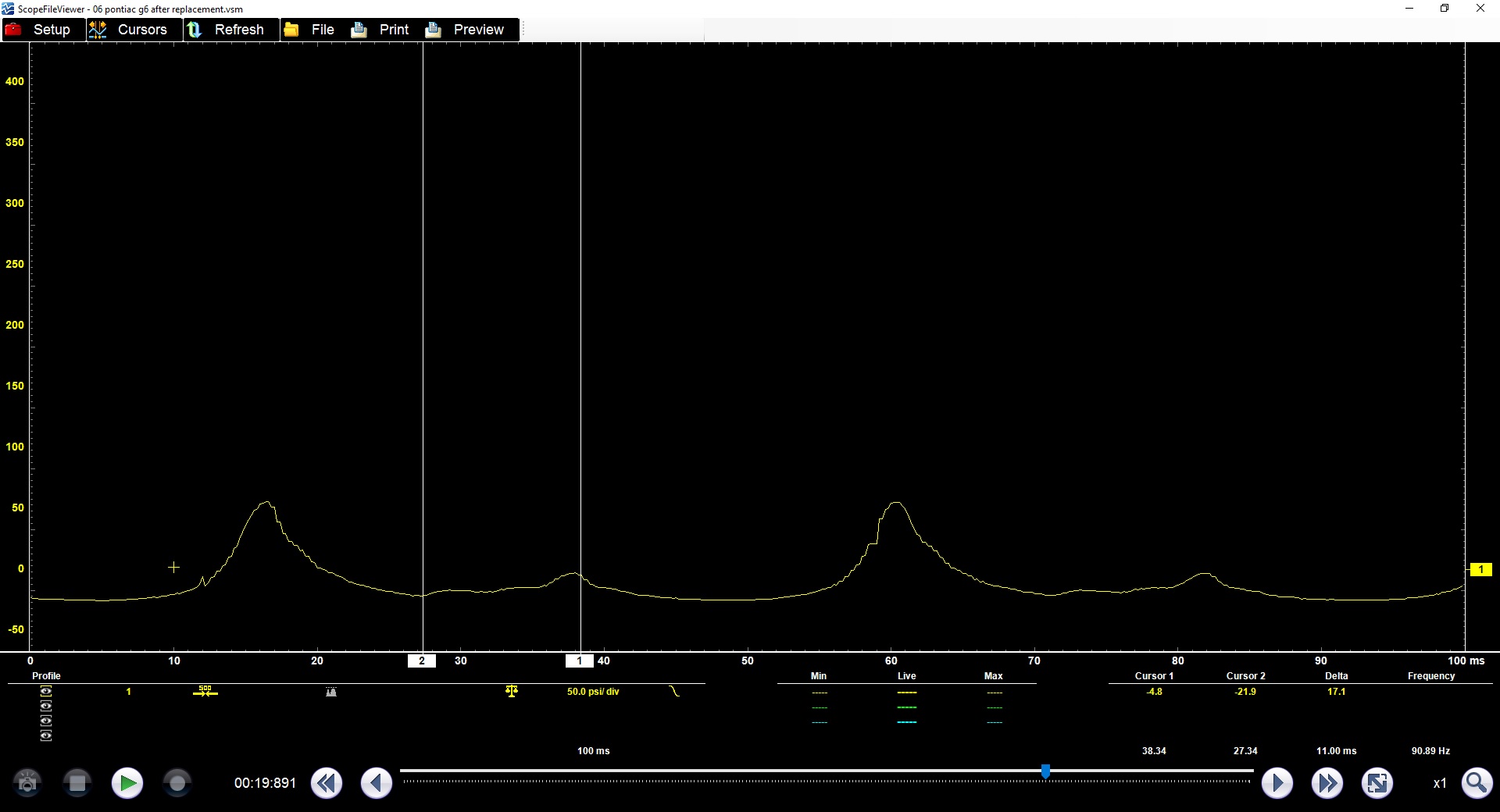 Bonus picture off a Mini 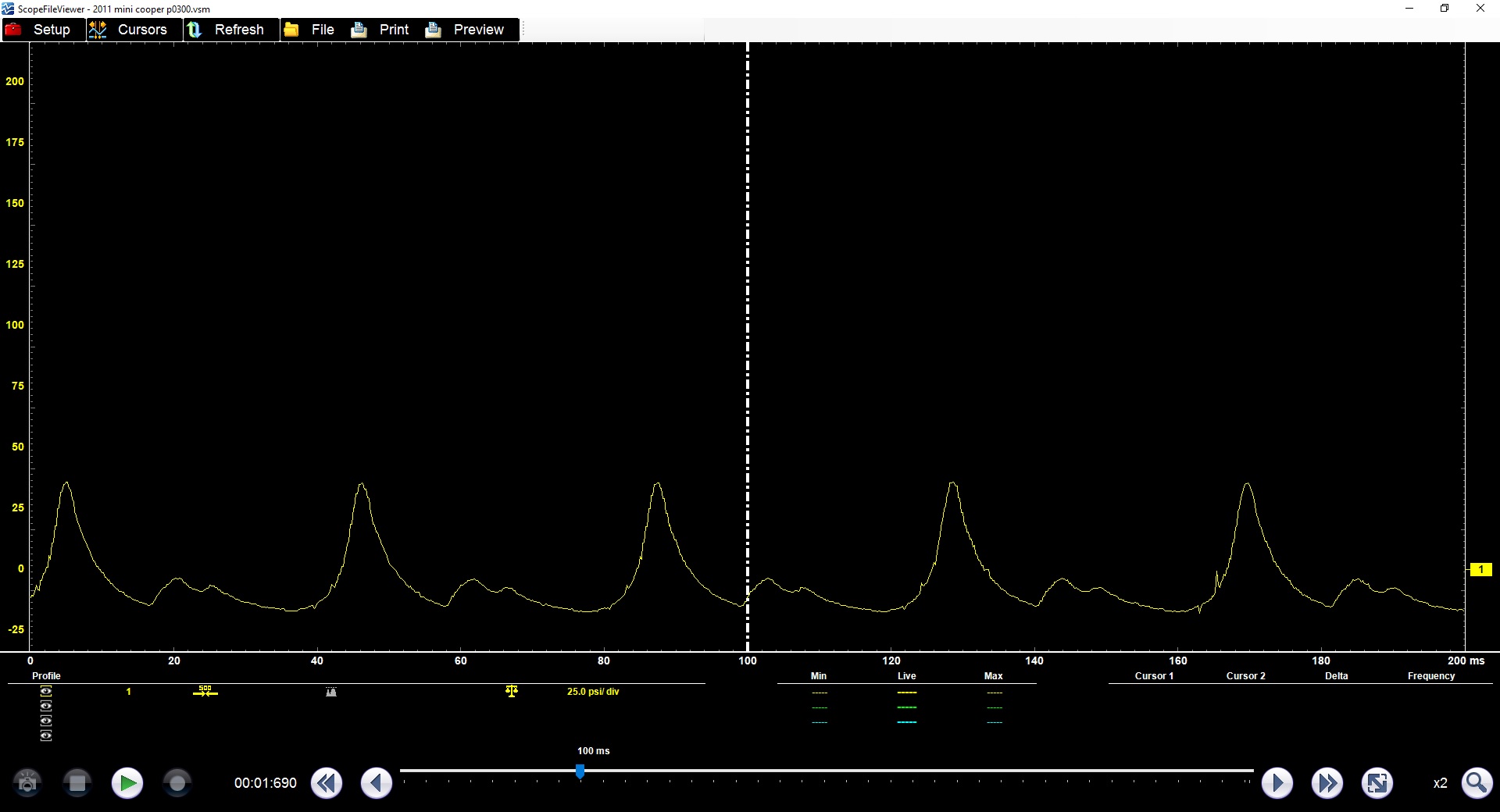 I did some searching on IATN and found known good pressure waveforms that are identical to my after repair captures. Unfortunately I can't post them here. It turns out that hump is completely normal.

After doing more captures on different cars with VVT I've found that most waveforms are unique to some degree. I guess the same can be said about non VVT engines based on the camshaft profile. Though they do look pretty similar.

Not the answer you're looking for? Browse other questions tagged diagnostics compression combustion-cycle four-stroke compression-testing or ask your own question.

3
Low compression and will not ignite after broken camshaft pin and replaced head and gasket
3
Interpreting Cylinder Compression Readings
11
In Cylinder Pressure Testing With a Pressure Transducer and a Oscilliscope
2
Where in a Haynes manual would the compression figures be for my engine?
2
No compression with new cylinder
2
How to interpret slightly varying compression between cylinders?
1
Low compression in one cylinder with a misfire code, but no smoke in the exhaust
2
Leakdown Test | EJ205 on Engine Stand and replaced all Valves
2
Replaced Head on Propane Engine; Now I have too high compression. Why?
4
Fuel rail pressure - how long should it hold?