Oil Leaking in Back of Engine: Fresh oil under the oil filter cooler

I happened to noticed fresh oil on the backside of my engine ( 98 Mazda 626 GF 2L ), right under the oil filter cooler recently, right after starting up the vehicle after not driving it for a few weeks: 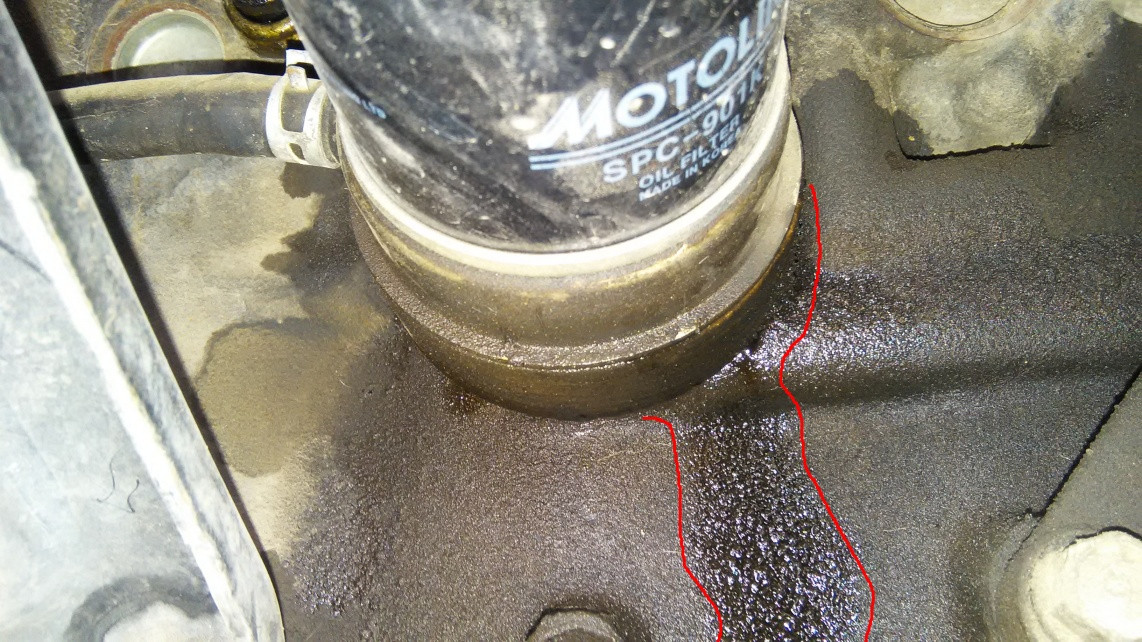 Looking around, I saw what looks like oil leaking from inside the knock sensor, which is above and left of center to the oil filter / cooler assembly: 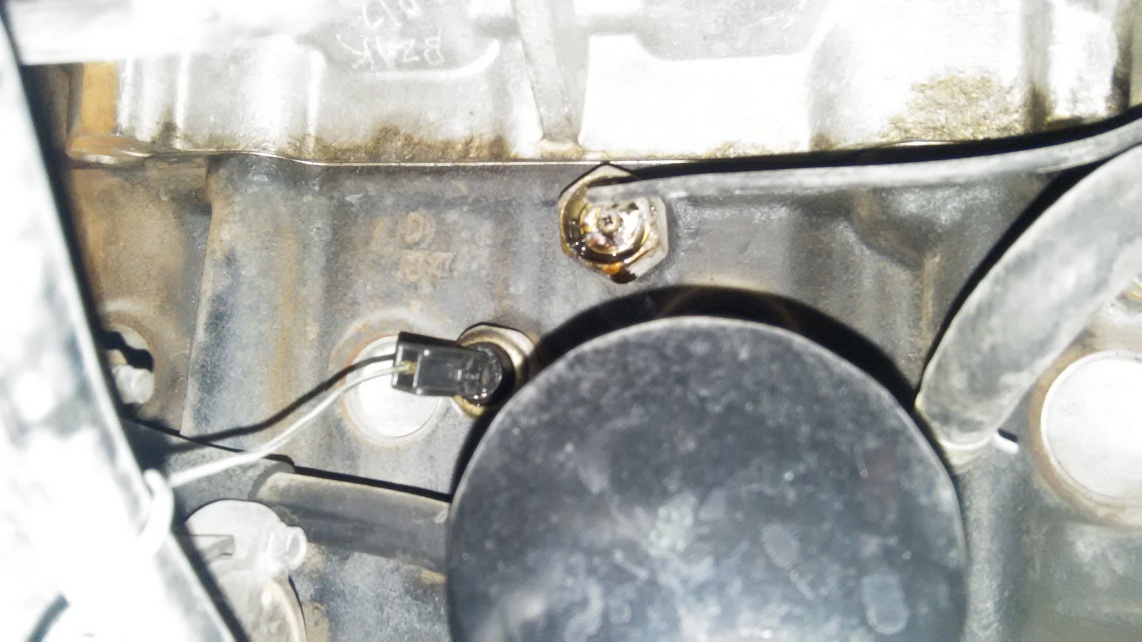 I'm wondering if that fresh oil below the filter is attributable to the knock sensor leak, and how exactly could the knock sensor be leaking, and lastly how to fix the leak. I assume that screw on the sensor is unscrewed to release the connector wire, and then the whole sensor is removed with a socket and ratchet.

Can I fix this, or do I have to just replace the sensor? How is the sensor built that it would leak like that from it's center?

I've never seen oil on the ground below the car.

According to a link provided by @HandyHowie it doesn't seem like it's the knock sensor. If I zoom in on the OPSU in the first picture, it looks like oil is leaking from it also: 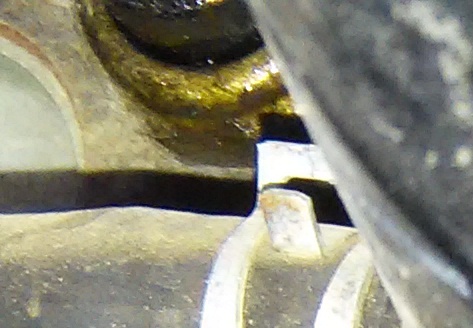 However, I don't think that would account for fresh oil to the bottom right of the oil filter cooler, since the OPSU is to it's left. There had previously been a serious leak from the valve cover gasket, which had turned to stone and was basically almost not sealing at all, but I replaced that a few months ago.

So that leaves me with the possibility that the oil is actually coming from the base of the oil filter cooler it self? Has anyone ever heard of something like that?

I'm going to take FredWilson's advice and just replace the oil cooler seal as it looks pretty simple. Here's the instructions from the WSM, maybe it'll help someone: 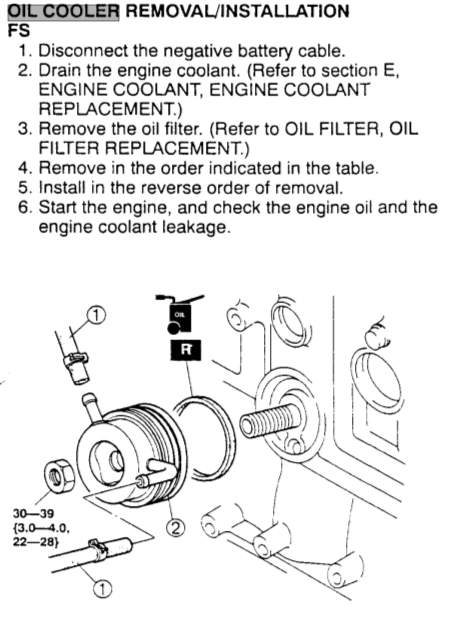 The oil cooler design usually has an O ring seal at its base and leaks are common. That seal is likely as hardened as the valve cover gasket was.

The oil pressure sensor (OPSU) leaking through the sensor is also common. This one can get quite large.

The leak at the Knock Sensor is odd. Never seen that before.

If you want to know for sure what is leaking and what is not. Clean the area thoroughly. Then spay some powder on it; I have used foot powder. Then run the engine for as long as it takes for the leaks to return. The powder will show the leaks.

I actually had an oil pressure sender leak in a similar fashion. Not from a leak around the sensor thread, but actually through the sensor itself.

Your question has a simple answer, replace the sensor.

The internals of the sensor has degraded due to pressure/temperature/age or whatever enough so that the sensor is no longer sealing the inside of the engine from the outside. The sensor is not a solid lump of metal, it contains components housed inside some other material, possibly ceramic and that has failed. It's really that simple.

Not the answer you're looking for? Browse other questions tagged oil-leak oil-pressure-sensor knock-sensor oil-cooler or ask your own question.