What's the best place to safely store a life hammer?

This is not really a maintenance question, but I figured this would be a good place to ask. I have a life hammer in the glove compartment, but I'm having doubts about where to store it. I figure that if I'm ever in a situation where I need the hammer to cut my seatbelt, I won't be able to reach inside the glove box to get it. I am, however, reluctant to keep it out in the open, because it's exactly the sort of heavy pointy thing you don't want to have flying around in your car during a crash. I thought about securing it with Velcro straps somehow, but I'm not sure if they'll hold or be a pain to loosen in an emergency situation. What's the best place to store it, and how does one secure it?

safety tips-and-tricks accident
Share
Improve this question
edited May 13 '16 at 14:28

Since you posted another question about an Aveo/Kalos i guess you are talking about that car.

Some come with the holder, with the possibility to attach it to the door or somewhere close to the knee but it can end being in the way and usually is too far.

I had a couple of bad accidents where the seatbelt locked and didn't slide anymore and I wouldn't have been able to reach too far if I wasn't able to just unbuckle it. Also don't plan on raising your arms over the head or bending sideways to grab it, after some accidents you wont be able to move like that (personal experience). For these reasons its better to be a place you can reach sitting straight and with your back against the seat. You are right to think that close to the seatbelt buckle is a good spot: it is in reach, I think theres room in the Aveo, by just letting your arm fall at your side. The area is also reachable by a passenger and, if those are able to move, by the backseat passengers. 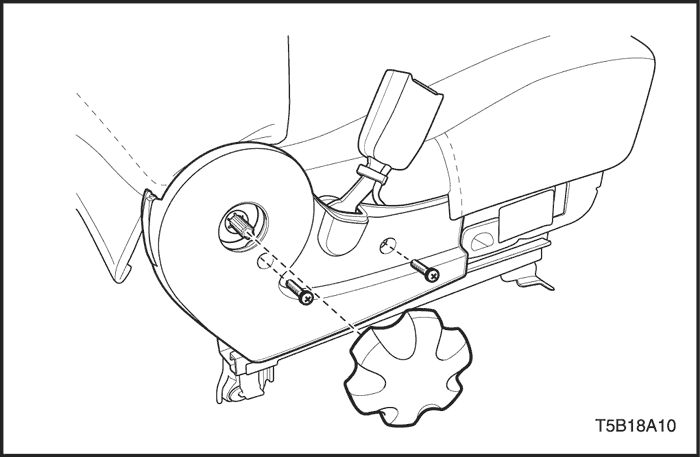 In that area some car seats have a small pocket, low on the side of the seat back towards the middle of the car, right above the plastic trim of the back adjustment knob... I don't think yours does but its easy to add one or sew in velcro loops using a curved needle. Eventually you can fashion something to attach it to that same seat plastic trim cover, or even between the cover and the seat padding (not completely tucked in there obviously), you might have to make a couple holes in the plastic to fix a pocket or loop but that's easy, if within reach you can directly use the same screws that keep the plastic trim attached to the seat. Exactly how you make the holder depends on where you place the tool (and what kind it is) but I guess it could be even just a pocket or a pair of double velcro loops held right against the side of the seatbelt buckle (made like an 8 one side holds the hammer and the loop on the other side grabs around the buckle). As for holding, can be hit and miss, if the accident is bad everything that isn't directly bolted to the car just gets thrown around.

Another way could be attach a fastex clip on the side of the seat (sewing one with a bit of webbing or using the surface mount kind that require no sewing, and there are the fast release "one button" fastex too) the other side of the clip is permanently attached to the hammer, you just unclip and use it as needed, that would hold it there... There are tons of ways, just maintain it practical.

Thinking about pockets: there are the kinds with a flap that hold things like multitools or even the old cellphone pouches to somebody's belt, in some of those the belt loop is big enough (or it opens with some kind of fastener) that you can slide it around the belt buckle arm, in orizontal, or tie to it with a few loops of string, in vertical.

You could attach a visor panel on your sun shade and place the life hammer there. Something like this MOLLE-compatible visor could work: 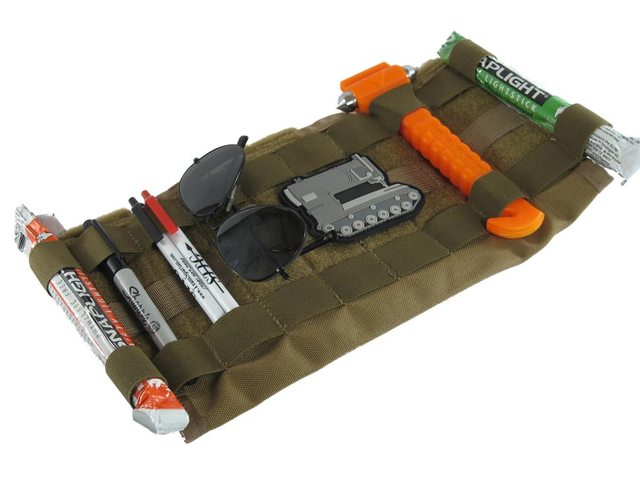 The MOLLE attachments give you plenty of versatility, and its size allows you to attach more than just the hammer.

Not the answer you're looking for? Browse other questions tagged safety tips-and-tricks accident or ask your own question.

25
What emergency gear and tools should I keep in my vehicle?