I'm replacing the wiring harness on my jet boat. It has a Ford 460 in it. The boat has five gauges on it. A tachometer, oil pressure, amperage, fuel gauge, and water temp. There is also a toggle switch which powers the ignition and a push button used to crank over the motor. Lastly there are two toggles. One for the bilge pump and one for the fuel pump.

It's all pretty straight forward from what I can tell. I would basically simply replace the wire there with new stuff and call it done. But there are a couple things I wanted to be clear on.

Because the boat had a fiberglass hull, I must run my ground back to the negative of the battery. All my gauges have a signal stud, power stud, and ground stud. Power because they're illuminated. Can I daisy chain my power wires, and daisy chain my ground wires on each gauge? Meaning can I daisy the ground from gauge 1 to gauge 2, then gauge 2 to gauge 3 and so on? Then do the same for my power wires?

Do you know what each gauge is rated at for current carrying capacity? I would think a daisy chain is fine as long as the wire gauge is large enough. Don't neglect to use the same gauge of wire for both power(DC+) and ground. I'd look at the specs for each display gauge, add a bit of safety margin, then add the current up and calculate the wire gauge based on current carrying capacity. Shouldn't be a problem at all for those signals (Note in high tech digital communications devices I'd have separate grounds.. Not a big deal here.) 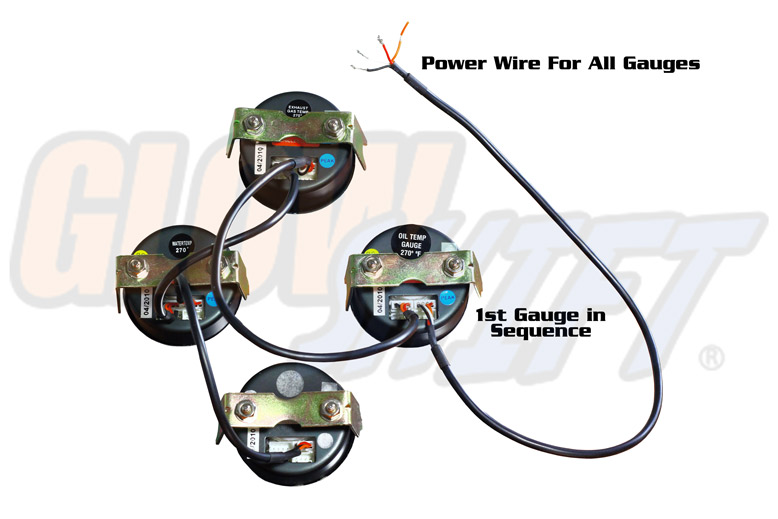 This is pretty common. There are some who argue against it, but I think its fine in your case. If you want you could add a junction box (terminal blocks) near the displays, then route one black and one red from the battery to the Junction box, and then separate wires to each gauge, but I don't think that really matters much. Generally access to the back of the panels in a boat is pretty easy (as compared to working in a car's instrument panel.) 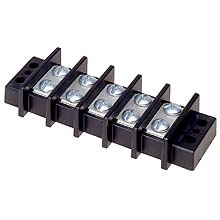 Not the answer you're looking for? Browse other questions tagged power wiring gauges boat or ask your own question.