I usually hand-prime shock absorbers that I feel are acting inconsistently or behaving not as it should. Usually they are shocks that have been sitting on the shelf for a long time, usually sideways, so it causes issues with the fluids in the shock.

Shock manufacturer I contacted states that it does not have any validity as to the status of the shock, nor does it help the shock in any way (i.e. for "priming" before installation) due to the forces it sees (or doesnt see) when hand-priming.
Basically was told that the only way to see if a shock is good or bad is to check for any leaks or to install the shocks on the vehicle and check for noise during operation.

I see installers have videos showing how to manually cycle or prime the shock absorbers before installation. I assume this means that they can see a benefit of some kind.
Also lots of people on forums and whatnot have posted about priming the shocks and reasons as to why and how it helps the shock absorber.

I have personally tried hand-priming shocks absorbers and:

Example: I take off a pair of shocks that are the same product/model from a vehicle that has been riding on them for a while and hand-test them. The 1st is extremely firm and very consistent/smooth while the 2nd doesn't provide nearly as much resistance, is very inconsistent, is not smooth (has dead-zones).
Ignoring how it performed on the vehicle for this example, does the hand-test have any validity here?

I understand that hand-testing is not nearly as effective as a test on the vehicle or a shock dyno. But that is not what I am asking. I am only asking about the validity of hand-tests on its own merits, and not about hand-tests in relation to other tests or anything else.

Feel free to edit my question to make it better or make suggestions.

"Hand priming" or actuation is effectively worthless as a gauge on the performance of a Shock/Strut Assy. Only when severely damaged or out of service will the activity show any truly noticeable difference. And by priming the shock, you're effectively wasting your time. It will do so on its own. The reason why this "works" is occasionally air or gas may slip into the hydraulic stage of the shock. When you actuate the shock, you move those bubbles that can occur during shipping back into the air/gas stage. The vehicle is perfectly capable of doing this on it's own.

Shocks can be bad and still pass a hand test. What is important is the shock's performance on the vehicle. There are various methods to test shocks, however the best method is thorough road test. Take careful consideration to notice any noises, or nuances in the vehicle's performance on different road surfaces. A "bounce and jounce" test (where you bounce the vehicle's corners while stationary) works to some extent, but will not test the fast stage valving in the shock and you may miss road handling characteristics that may be unfavorable/noisy or otherwise undetectable except during normal operation. Experience with vehicle mechanics, particularly suspension, is certainly worthwhile when it comes to determining if a suspension component is bad or not.

I certainly hope this helps!

This myth has been perpetuated over time and has gained legs and therefore credibility.

But it doesn't matter. These shocks are twin tube shocks. The oil and gas are separated. If you have some gas below the piston it will work it's way to the top upon operation.

Here's an image of a 'twin tube' shock 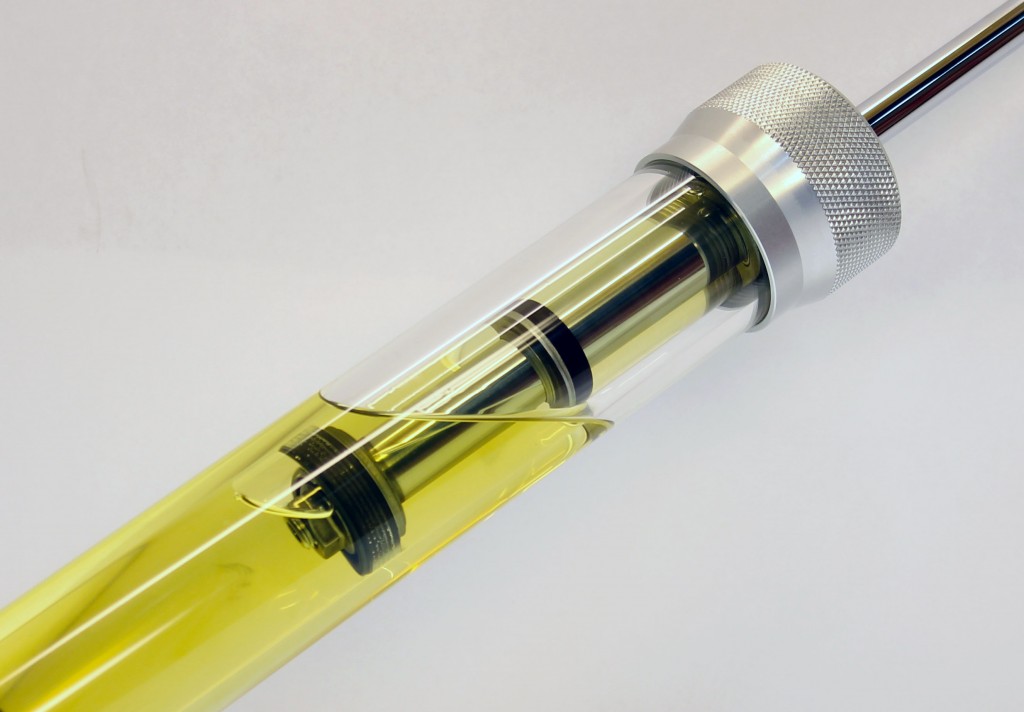 The 'dead spot' on first operation after a period of time not in operation is normal. You can feel it in steering dampeners, struts, shocks and motorcycle forks. It's just more prominent in feel when there isn't a spring as a component due to the lack of resistance to operate it off the vehicle.

Here's an article from Onallcylinders.com that says, "you can do it but it's not necessary."

As far as my knowledge is concerned and based upon some of the citations I've provided I would call this a Red Herring. I'm sure there are plenty of others who will disagree.

Yes, a loose shock can be hand tested, but the question is what does this test tell you? As there is more than one set of metering holes a hand test will only check those involved in dampening the gentlest movements. So it is only a partial test and its results can be confounded if there is gas in the shock's oil it may only tell you that there is gas in the oil. It still is better than nothing. Bouncing the car manually is better as the forces are greater. Driving over a bump has greater yet forces and is a realistic test.

dennisdennis
1
Add a comment  |
Highly active question. Earn 10 reputation (not counting the association bonus) in order to answer this question. The reputation requirement helps protect this question from spam and non-answer activity.

Not the answer you're looking for? Browse other questions tagged shock-absorber testing or ask your own question.

9
How to demonstrate that rear shocks are failing?

2
Maintainance of shock absorber
6
How do I know when to replace shock absorbers?
5
Can I use just any 17mm bolt?
2
Replacing regular twin shocks with nitrox for my bike
7
What makes a worn car shock spongy and soft?
8
Ohlins Rear Motorcycle Shock - How do I setup, care for and tune it?
4
Refilling custom shock absorbers with brake fluid: too soft performance?
1
Is the shock bolt kit a reliable repair kit? A prequel to the obituary
0
How to find/select correct bolt for shock absorber on old boat trailer