The Kawasaki H2R Motorcycle has a blower, why doesn't it have an intercooler?

Why no intercooler when it has a blower?

My understanding is compressed air fuel mixtures have an increase in heat and are therefore prone to detonation.

In this episode of Jay Leno's Garage at about 11:02 in the video they begin to discuss the new blown H2R. They mention how it does not have an intercooler.

How do they get away with putting a blower on this motorcycle and not having an intercooler to reduce heat for intake charge? 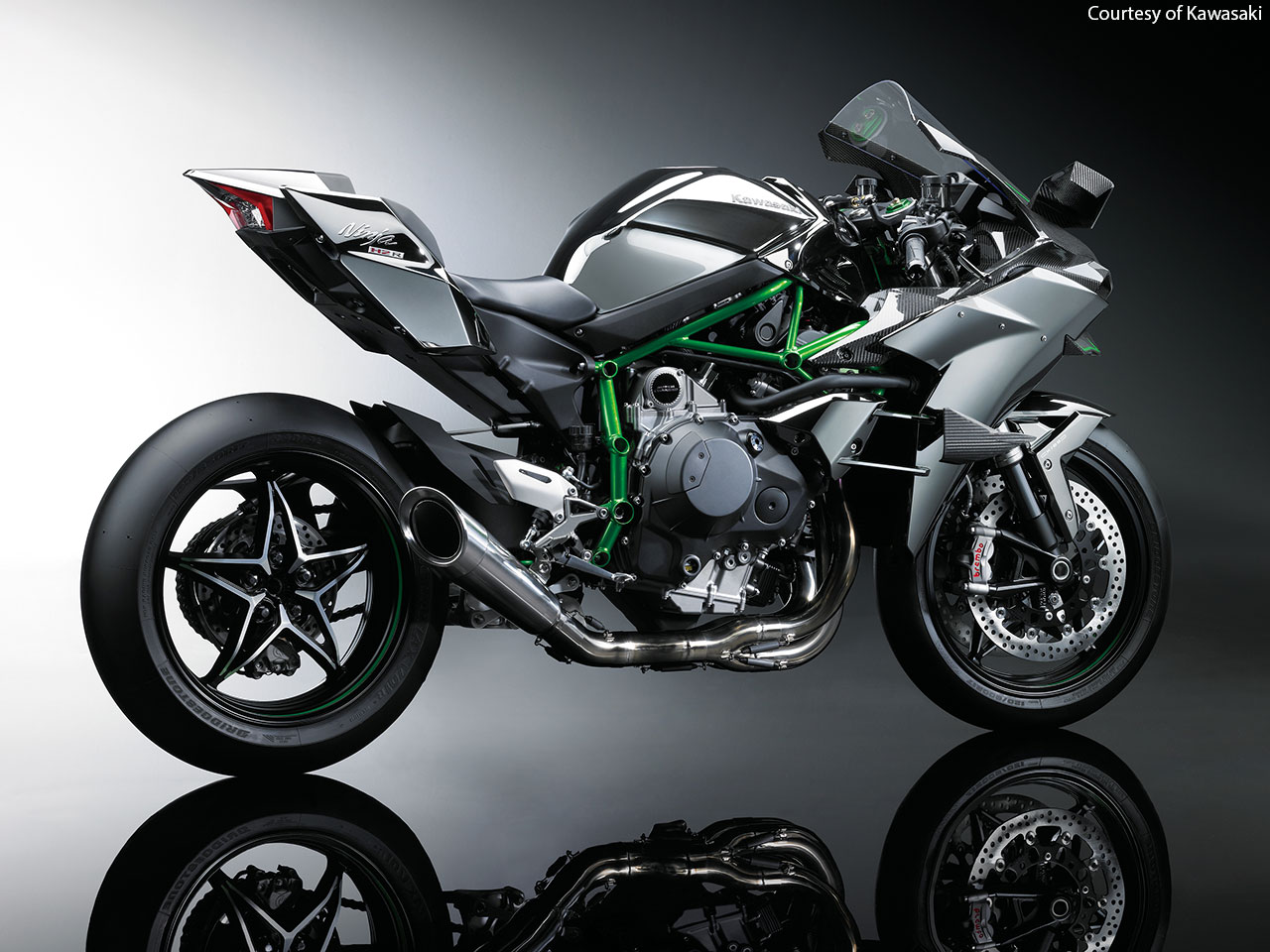 So why are intercoolers used?

Running the air through a supercharger is going to make it hot and detonation-prone. The primary benefit of an intercooler is that it reduces the temperature of the boosted intake air. This helps keep detonation in check.

The extra density is an added bonus because you can squeeze in more air to make Moar Power.

Does this mean Kawasaki defied physics with this bike?

Not really. They're just using other means to ensure that the risk of detonation is mitigated.

This is the press release which explains what they've done with the H2:

What's the benefit of avoiding an intercooler here?

Kawasaki may have gone down this road for the following reasons:

The first two are mentioned in the press release.

The majority of heat generated during compression by a super or turbo charger is from the act of compression itself. Turbos are exhaust driven and will definitely be hotter but it is negligent compared to pressurizing the air 1 or 2 or more BAR. Intercoolers are as old as compressors themselves, they are not by any means new. They were used extensively in World War 2 in aircraft. Lower compression, proper fueling, and advanced materials and compressor design are in play here. But the most important bit in play here is the Dual Injection which essentially replaces the intercooler by injecting additional fuel At near TDC which cools the charge before pre detonation takes place. Cool with Fuel.

The real answer, even though these statements are correct, is that a super chsrger is engine driven, and not from an exhaust-side turbine that gets red hot in any number of youtube videos.

On a dragster, it is belt driven.

Not the answer you're looking for? Browse other questions tagged motorcycle engine-theory kawasaki forced-induction or ask your own question.

23
Why do we need to cool air after it leaves a turbocharger?
11
What is overboost?