So I recently purchased this motorcycle from a third party. 2 days ago it would start up fine and you could ride it. The guy I brought it from said the battery was acting cranky so you should change it.

That same day I had the bike on the kickstand and it dropped on its left side and I also believe I had the switch on (the red button on the right side of the bike) but ignition off. When I picked the bike up I didn't think about starting it I just put it away. The next day I changed the battery and my bike would not start. It would make a few noises, nothing from the exhaust pipes though. After a couple times I would get no noise when I tried starting the bike and eventually the lights dimmed on the bike and the back lights wouldn't be lit.

I also found a plug to something on the right side of the bike in between the oil tank and the battery that was not connected. I couldn't find no place that the plug could possibly go to. Even with the plug as it is the bike would make the noise but eventually I would get nothing. Any thoughts? 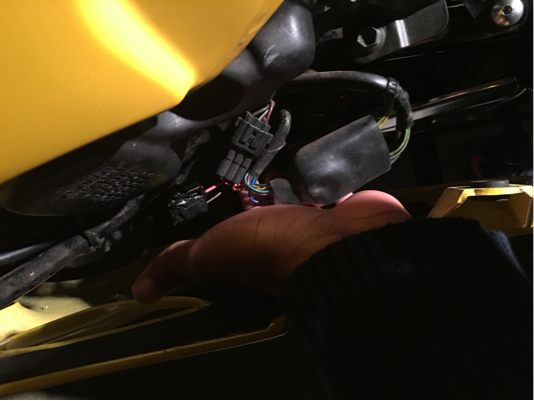 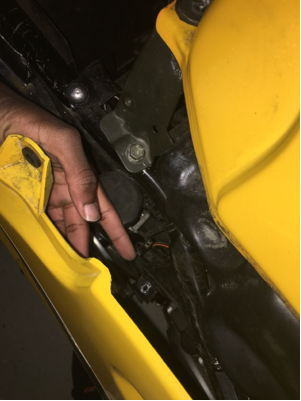 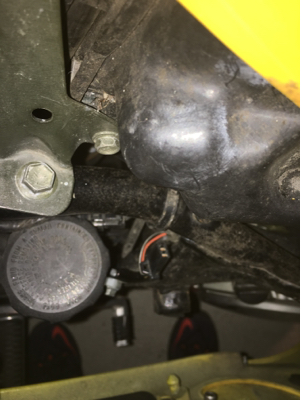 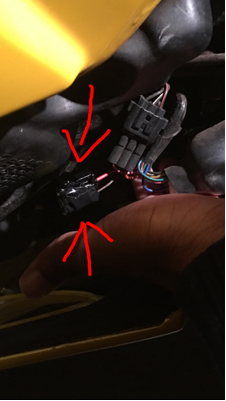 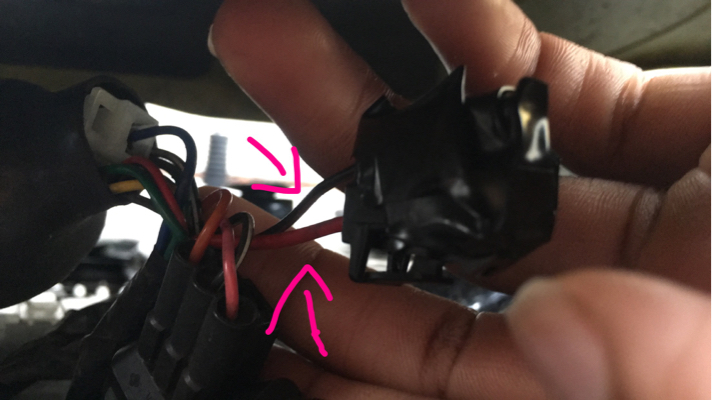 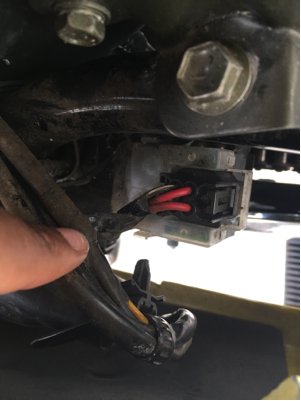 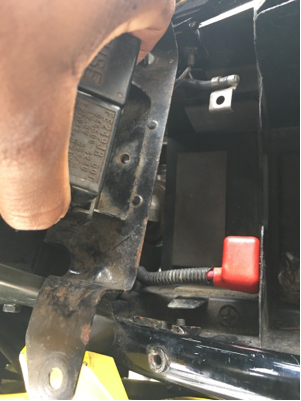 I believe your clutch safety switch has been damaged

You have a switch underneath your clutch lever.

It forces you to pull the clutch in to start the bike.

There is a small phillips head #2 screw that holds in place. It can be adjusted and slid back and forth to engage properly with the clutch lever. You can see where the switch hits the lever if you look at the underside of the clutch lever. As well, the wire to the switch may have fallen off. It plugs back in easily.

Here is another post where this is listed as a possible issue after an owner dropped their Katana.

Good luck, you have to know it's something simple. The bike fell over, now it doesn't start. Chances are the two events are related. I'm just saying, don't overthink it, it's probably something not complicated. Good luck troubleshooting. It's the stuff of life.

You should place the old battery back in and check if it starts there.. If it does, then there could possible be something faulty about the battery you replaced it with (Try getting a brand new battery instead).

After the bike fell to the side, was there any damage? Check if anything was broken (e.g. power cables etc.). That could be one thing to do, just give the bike a general check over making sure everything is connected correctly.

As for the plug, it is likely its a testing plug used when doing maintenance on the bike, and should sit in a little slot made it for it.

(Note: This is just general knowledge of a everyday person, I do not own said bike, this is just what I would do if I was in the same situation as yourself)

Not the answer you're looking for? Browse other questions tagged electrical motorcycle starter suzuki katana or ask your own question.

10
Suzuku Katana does not start after an accident