Honda accord speedometer petrol needle and temp needle not lighting up

I have a 2004 honda accord 2.0 litre petrol automatic i have recently noticed that my petrol needle light and temp needle does not light up but all other needles and rest are all light up please can any 1 help me as i am totally stuck

honda accord odometer
Share
Improve this question
edited Apr 2 '16 at 17:32

More than likely the bulbs have gone out (died) which services the needles which has gone dark. To replace these you'll need to dismantle the dash, which really isn't too hard (procedure found in this video). When you get the speedo cluster out, find the white plastic backing and remove it. Underneath of it, you should find the bulbs which need to be replaced. 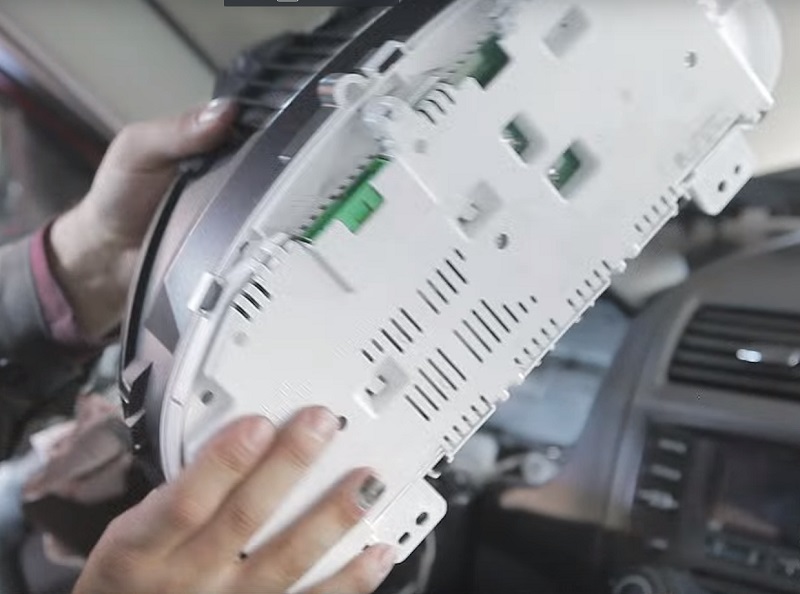 You will want to replace all of the bulbs. Most bulbs will last about the same amount of time, so even the ones which have not gone out will probably start going out not soon after. Replacing all of them at once makes it so you shouldn't have to do this same job for quite some time, if ever again while you own the vehicle.

Bulbs can be found on ebay or at the Honda parts counter. Ebay is going to be much cheaper, though it may take a few days for you to get them.

Not the answer you're looking for? Browse other questions tagged honda accord odometer or ask your own question.

2
Honda Accord 2Door Coupe 2004 - Cruise Control Problem
0
During acceleration, tachometer needle raises, but speedometer needle does not raise until RPM hits over 2
3
Honda accord high beams never shut off
0
1992 Honda Accord LX Running hot, Fans not kicking on and heater not working