DIY Panel Beating - Got any Tips?

Well recently I bumped into the side of a fence while reversing out of my drive way. It wasn't very fast but there is a huge dent on the rear left of the car. Luckily I missed the brake lights and the bumper but everything between that and the mud guard (type area) is flat. I got a quote from a panel beater and it turned out to be $450 bucks, and I honestly don't have that money to spend on this so I'm thinking of doing this my self.

Would these be suitable for the job? 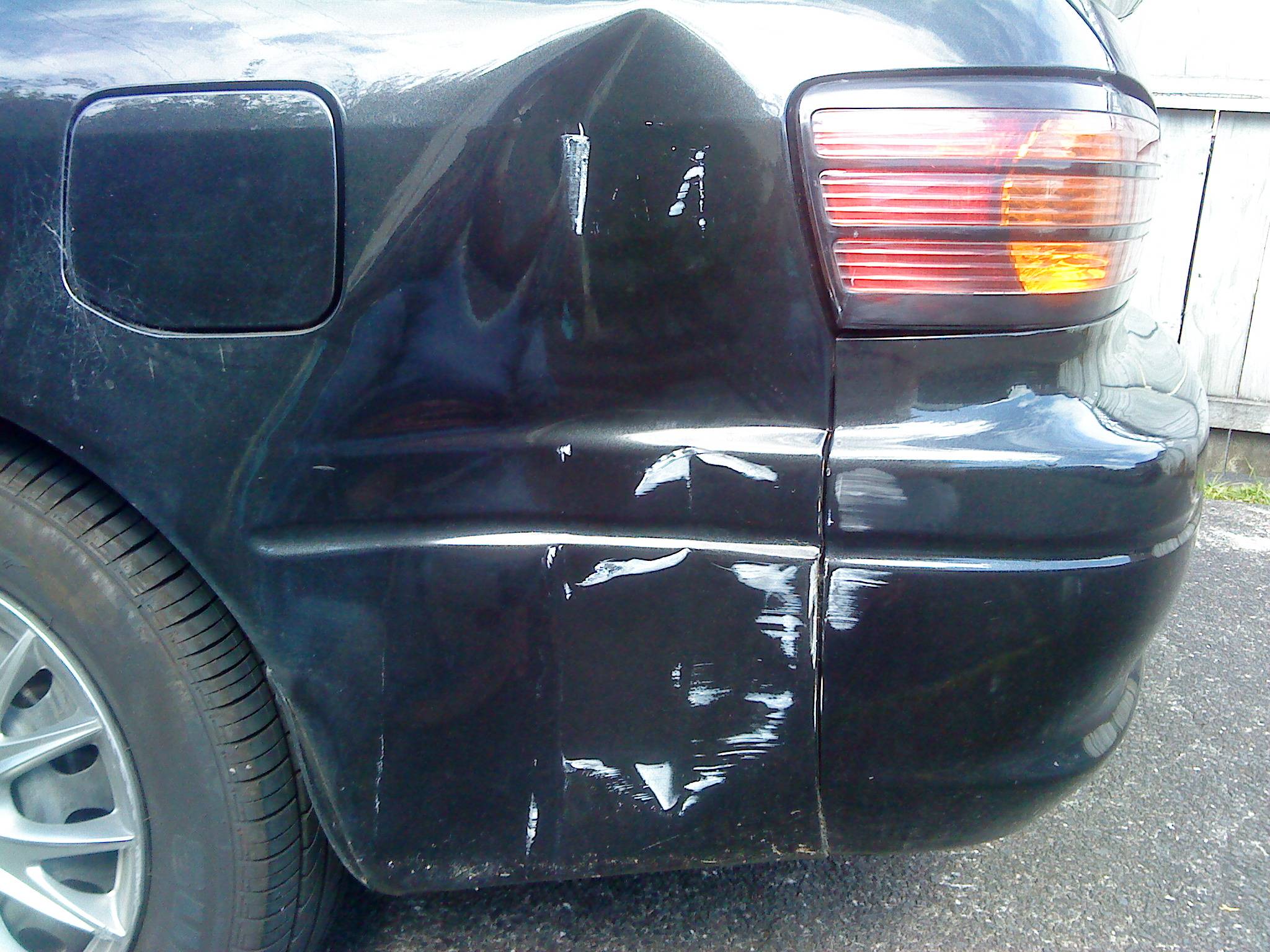 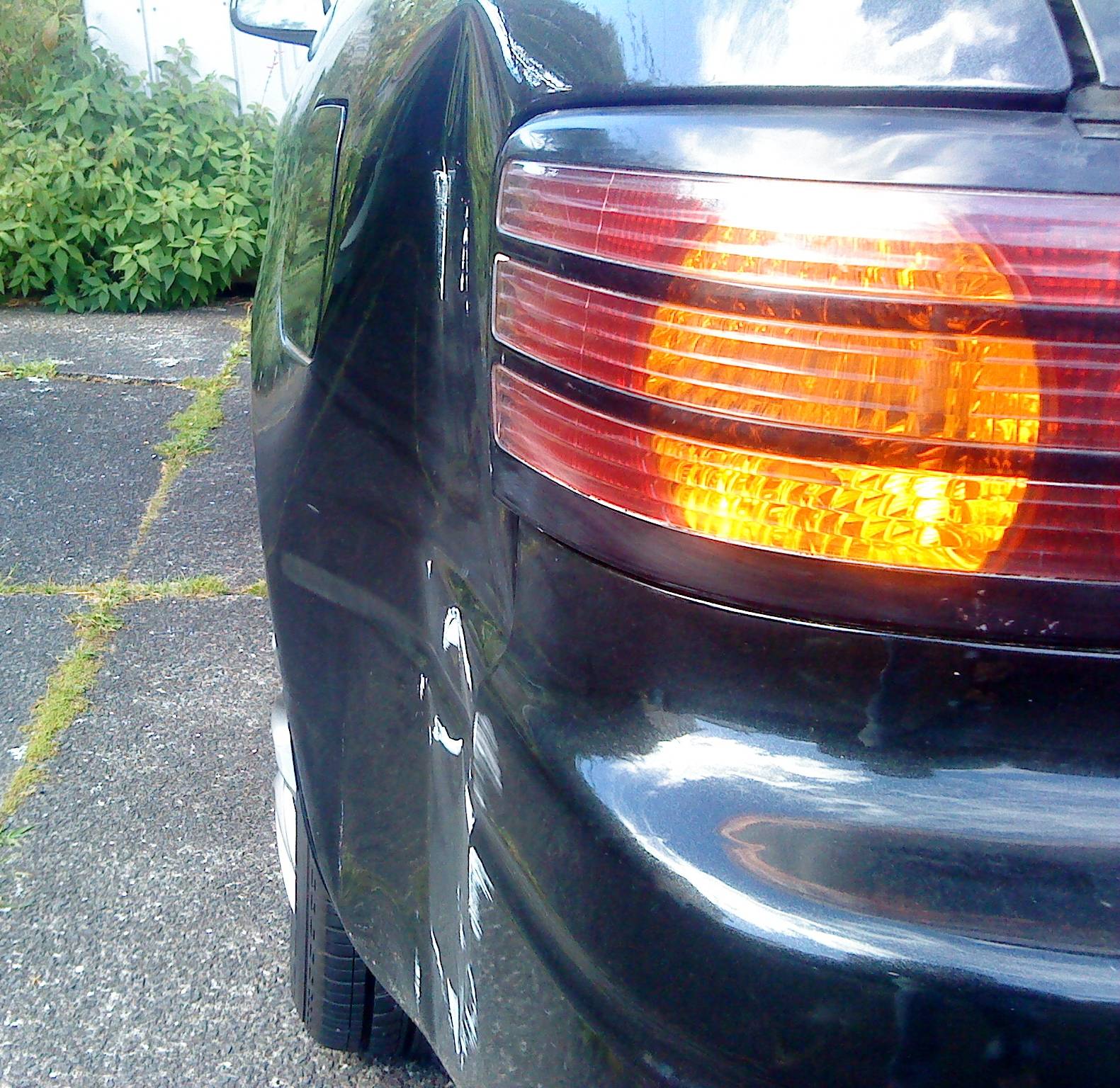 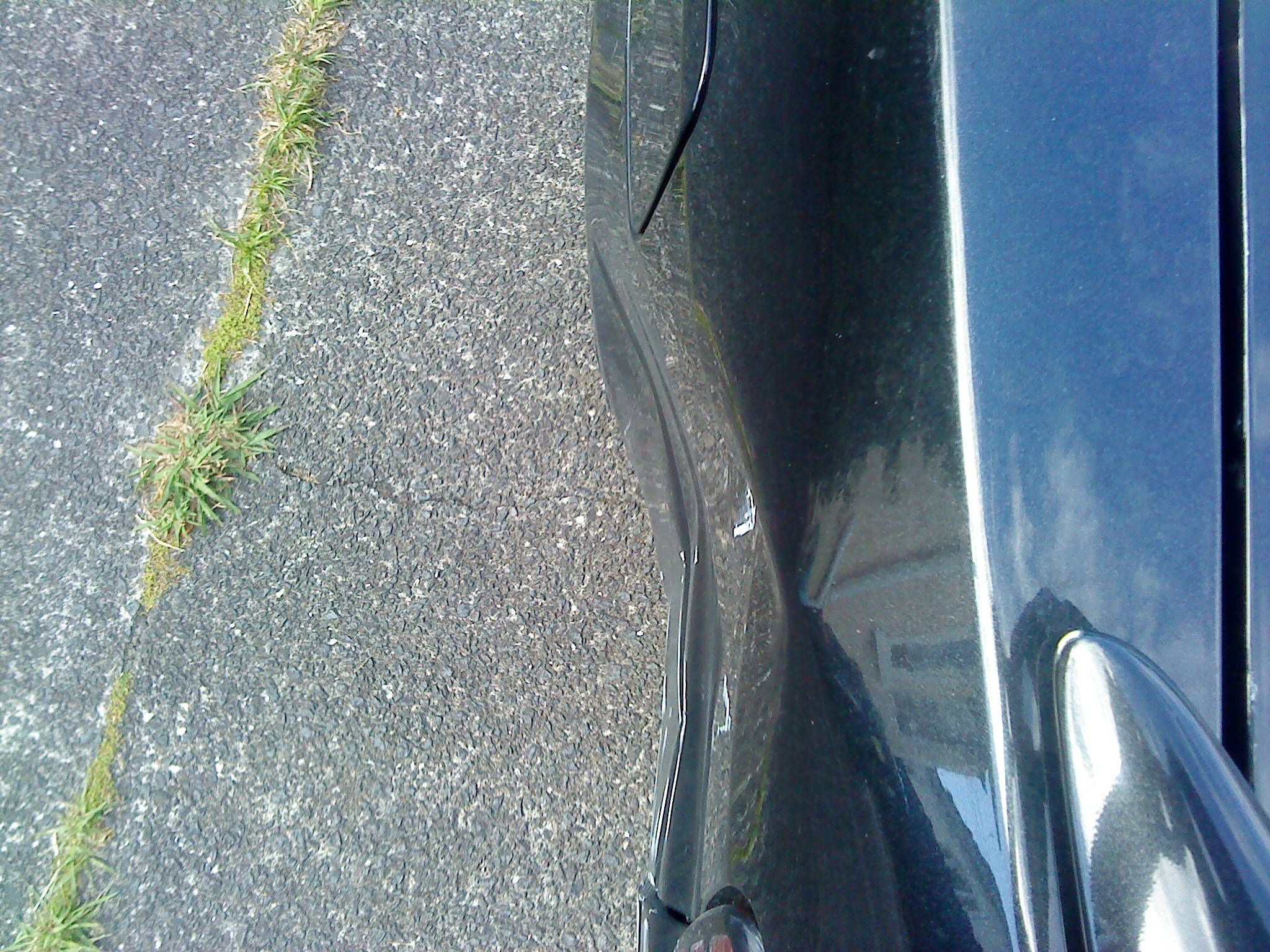 I don't think either tool would be suitable, especially if you don't have any experience doing bodywork.

The first one needs a fairly large reasonably flat area to attach itself to and given the way the metal is caved in you might end up pulling at the wrong point. The slide hammer needs the 'nails' welding to the metal so unless you have the tools for that, it's not going to do the job for you. Especially with the slide hammer, you also will need paintwork afterwards and might even have to weld closed a few holes if the 'nail' rips off during slide hammer use, as that tends to leave a hole behind. With the first one you have a better chance to not do any further damage if you can get it to adhere to the metal and pull carefully - you don't want to go from pushed in to pulled out...

What I would probably do (caveat: I have done bodywork before) is try to see if I can get to the dents from inside the car. If you can, warm up the outside of the car with a fan heater or a hair dryer (the latter on low heat) so the paint softens a little and becomes less brittle. Do that very carefully, then see if you can pop out the dent from the inside with your hand by just pushing it out. To be honest, given the depth of the dent the metal might have stretched enough that you can't just pop out the dent without shrinking the metal.

I would check if there is a paintless dent removal service in your area and have a word with them if they can fix the dent cheaper than the bodyshop who gave you a quote.

Not the answer you're looking for? Browse other questions tagged toyota body body-work dent or ask your own question.

3
Fuel door hinge got bent. Is there an easy fix?
3
DIY: Can these dents be fixed?
7
DIY carbon-fiber parts layup
3
Ford Focus CC missing panel
1
fuel damaged body panel, how to repair?
1
Best way to remove small dent from front side panel?
2
Car bodywork welding: Is that enough penetration for a panel repair?
1
How to repair crack in a pillar exterior panel
1
How would you approach fixing this panel part?