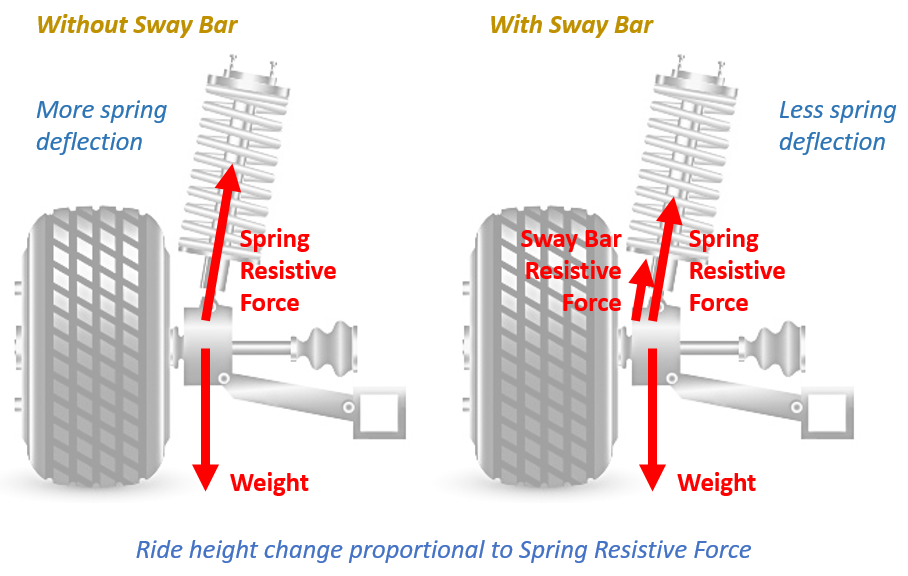 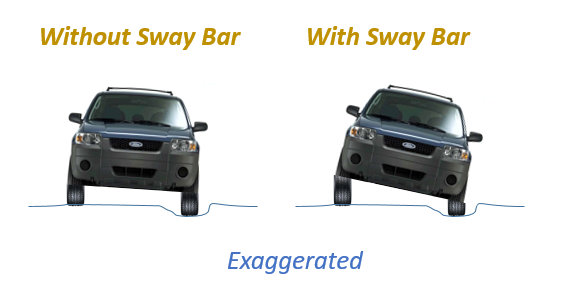 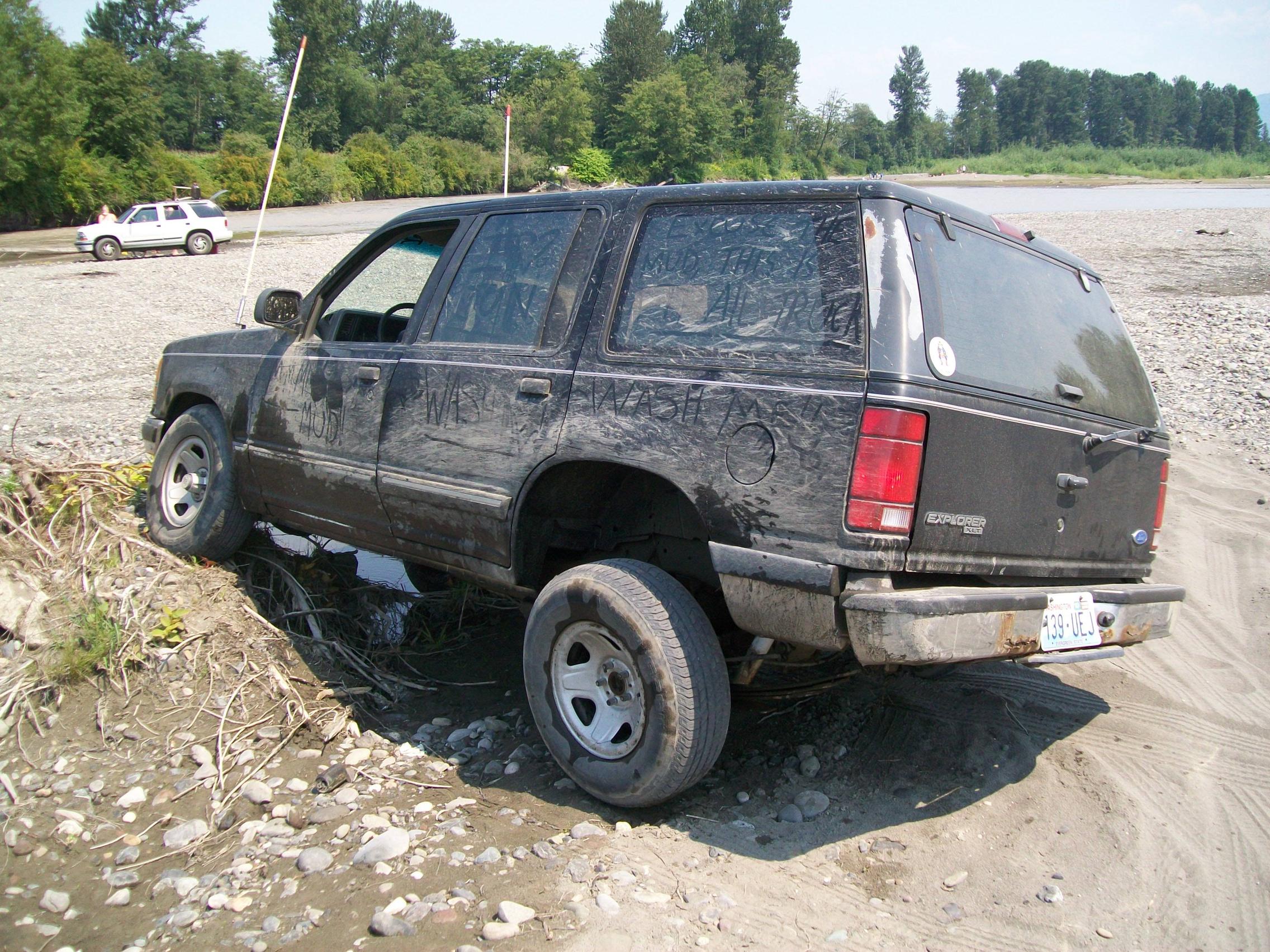 I hear what you're asking about roll bars and in single-wheel bump scenerios the disadvantage to this is that it can cause lift off on the unloaded side which isn't what you want when the horizontal axis of the path is constantly bumpy at opposing sides of the vehicle's axle (when you feel your head being slammed from right to left in violent and consistent but unpredictable manner 😂). The other thing which can occur here also is that you will loose some ground clearance in sacrifice of maintaining body roll since you've tied the loaded side to the unloaded so when that is compressed the other side is being encouraged to compress. Basically you are removing the suspensions ability to act independently. So in some situations where independent suspension is very important some will use spring rates to influence the general under/oversteer yes. But in ALL other cases roll bars are a preferable customisation. I didn't speak about pot holes as that's been covered above 😊

Slightly loose surfaces (wet or gravel), go for Springs to influence performance Tarmac, go for roll bars to influence it unless the above example is a real issue (opposing one wheel bump steer more than often)

There's never a single approach to these things and there's not always specifically a right or wrong setup, this isn't even taking shock absorber rates into account either or tyre changes and geometry etc etc

I'll be increasing the rear spring rates of my motor by +3Nm/mm and reducing the front roll bar by 2mm. Because on the smooth roads I can afford to give the front wheels more grip and let the back end be a bit looser but on the country roads I can't (the ones I drive on are those examples I mentioned above with the constant alternating side loading taking place more than often).. Otherwise I'd simply be fitting a bigger rear roll bar yet again (I already went up +1.5mm at the rear to dial out some general factory understeer) I also feel that my alternating one wheel bump is being transfered mostly at the front of the car so this approach for me makes sense for my case. Have to think quite a lot into these things and then it still may not work out as planned no matter how much maths you use. 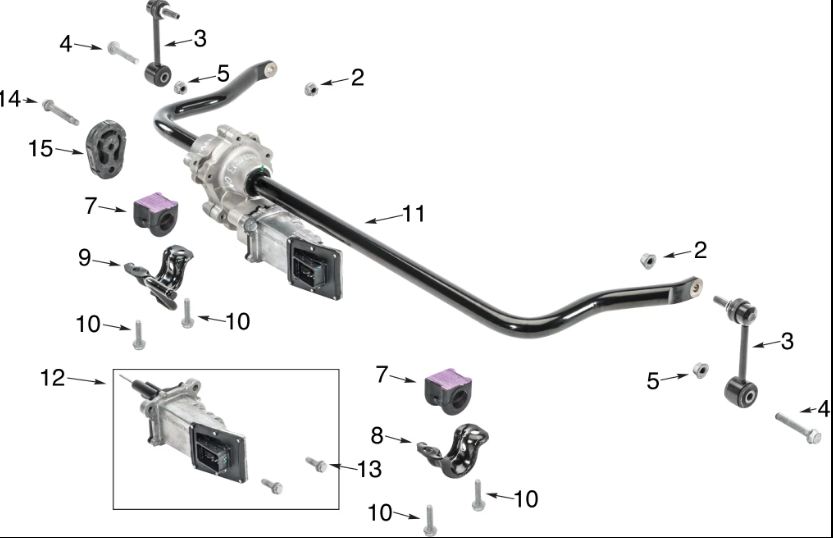 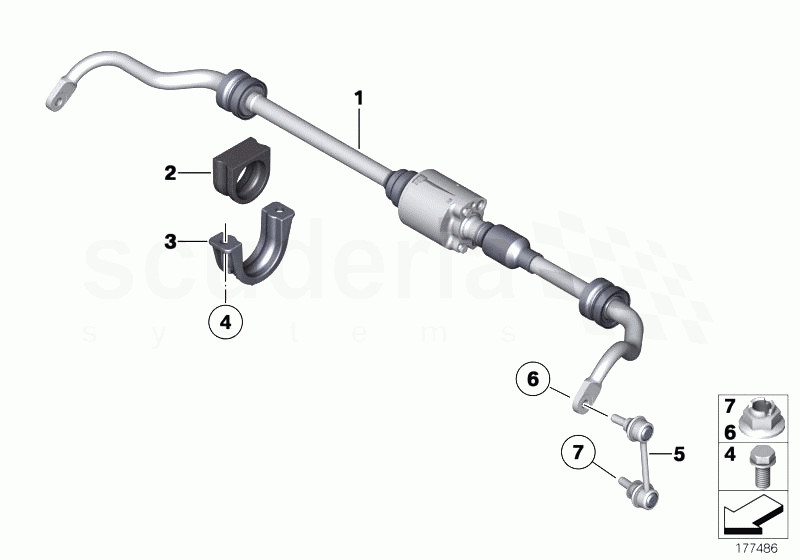 7
How to reduce vehicle swaying (body sway)
1
turn-sensitive road noise
16
Possible causes for poor traction and handling
3
Sway bar and lower control arm too far apart on one side (sway bar link)
4
Clunking/grating sound coming from front right when turning left at speed
7
Car pulls to the side when driving or braking on a bumpy road
2
Replacing only one strut increase wear?
1
Help removing rusted sway bar link nut
2
How to tell if sway bar end links and bushings are worn?