Recently whilst trying to remove the fairing for other work, I found the nut and bolt were "seized". Actually, by using a spanner at either end, the nut will turn on the bolt, but it never climbs the screw thread. It's as if there is no thread for the nut to purchase on. The nut just goes around and around forever. (The crash slider on the other side of the bike came off with no problem)

Access is very restricted. I did manage to get my hand behind the bolt with a small block of wood, in an attempt to push back on the bolt, trying to get the nut to purchase the thread. No avail.

At this point I am resigned to probably destroying the bolt in order to get the fairing off. (New bolts on order)

But even if I drill off the head of the bolt (accessible inside the slider) which would allow me to take the slider and fairing off, I still won't be able to slide the bolt out from the nut-end, because there isn't enough room in that space.

I need a way to get the nut off. How? 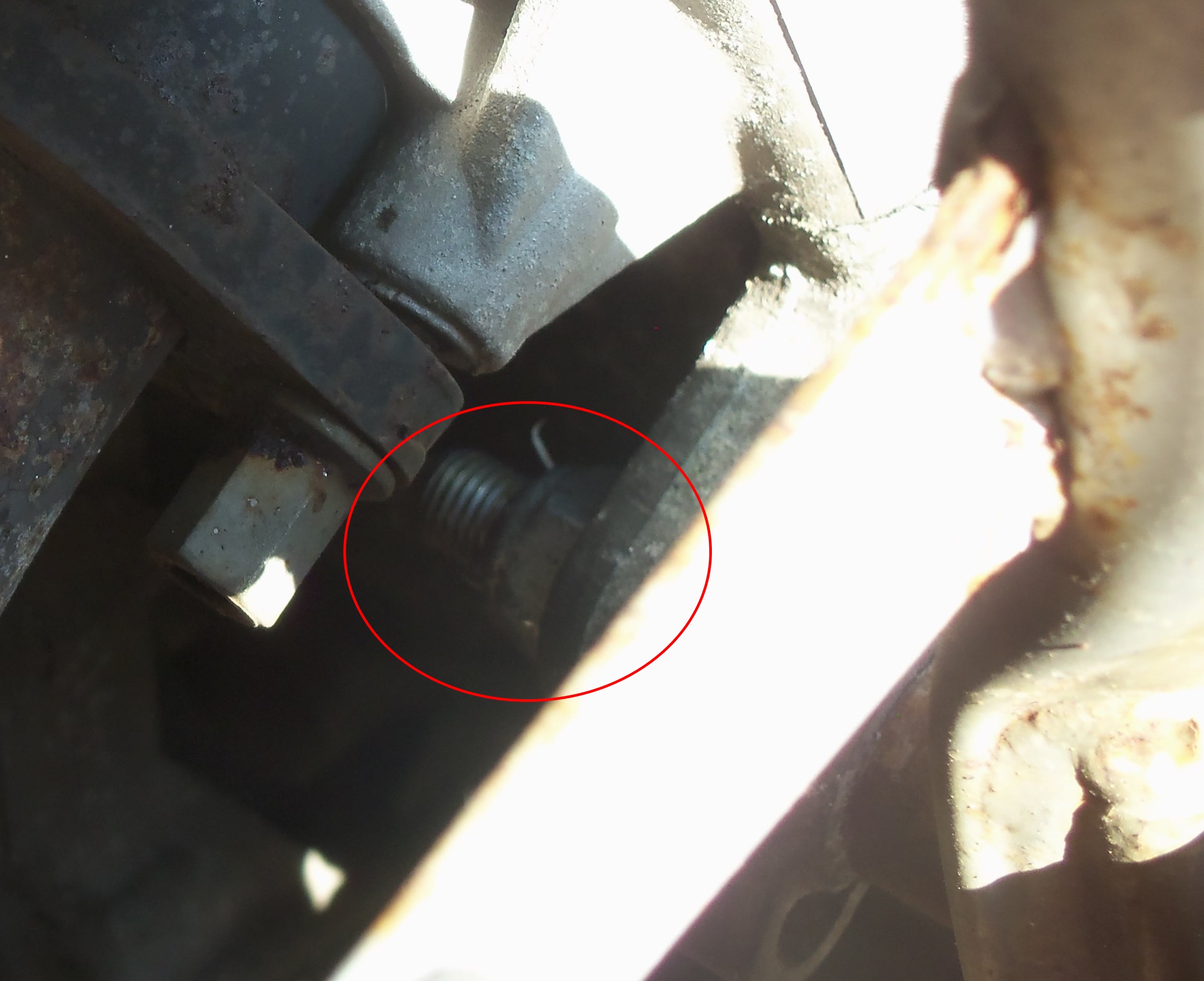 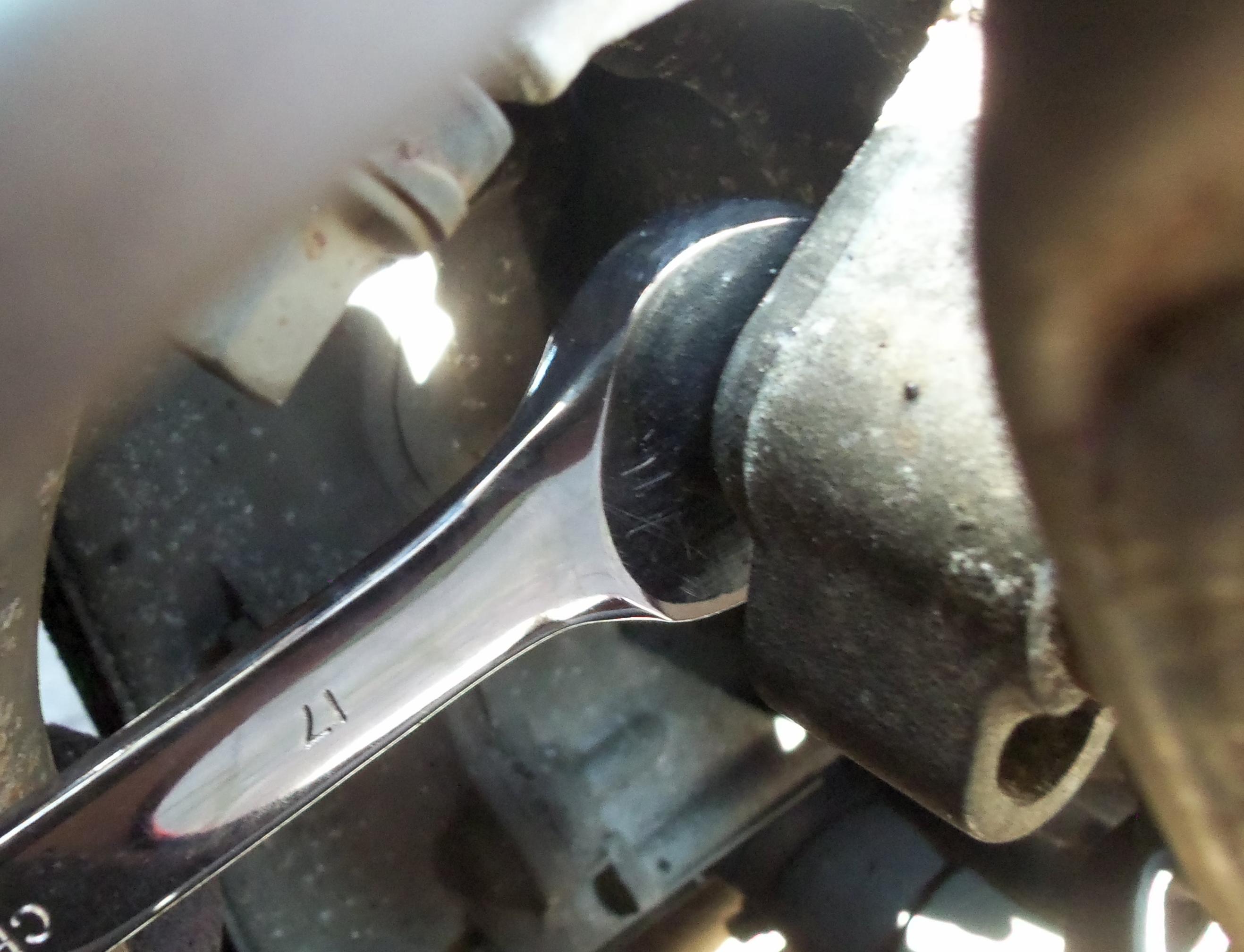 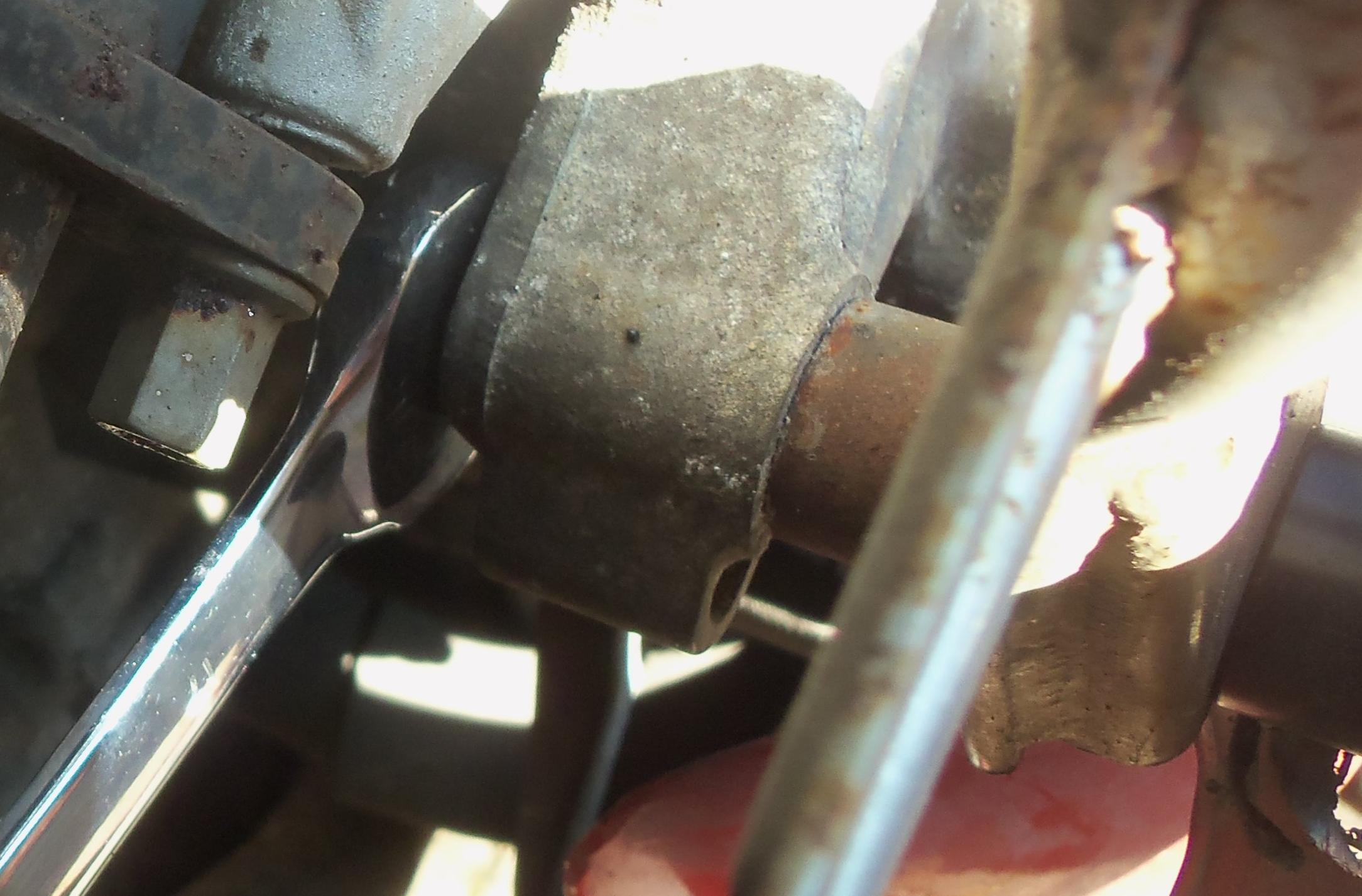 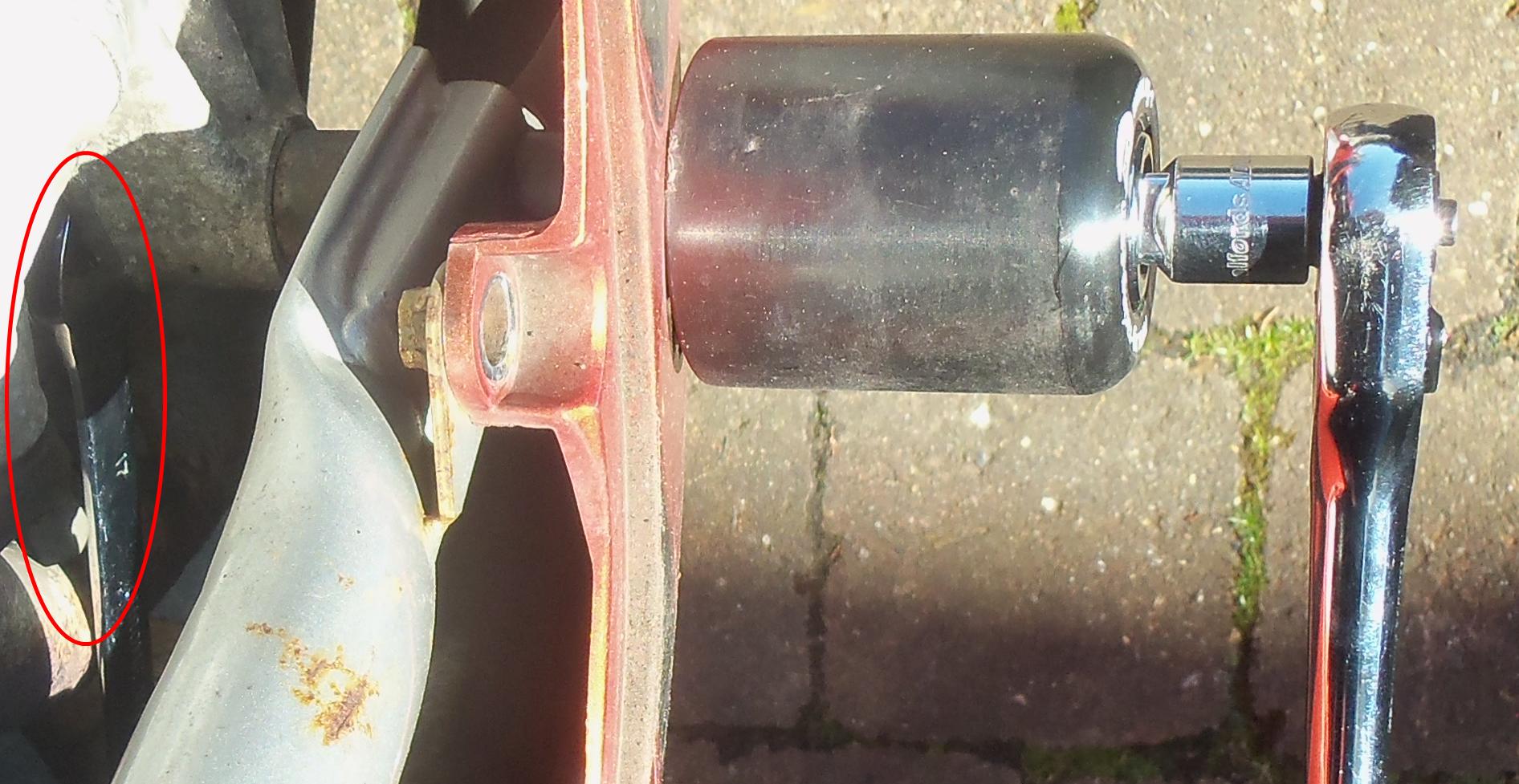 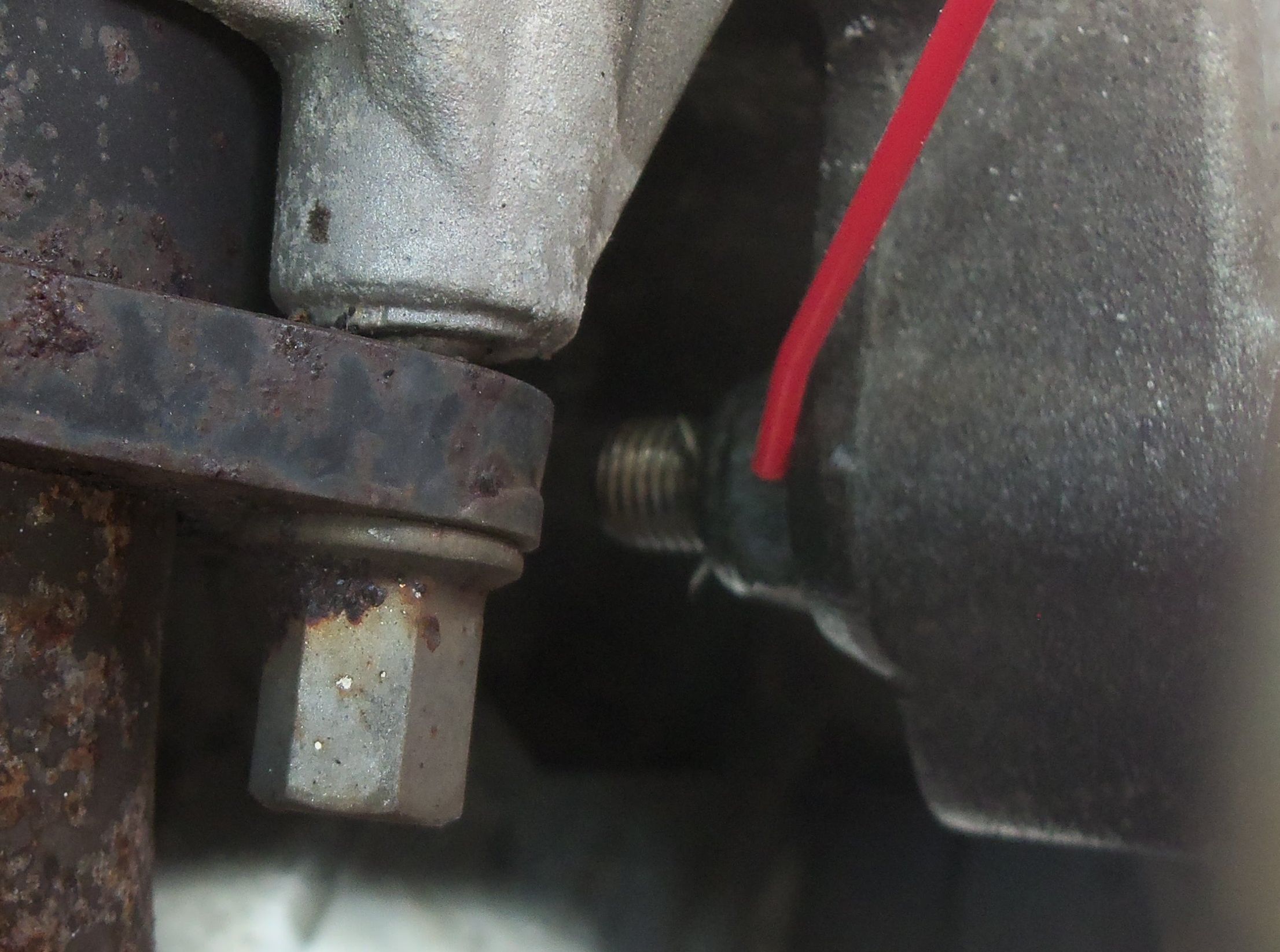 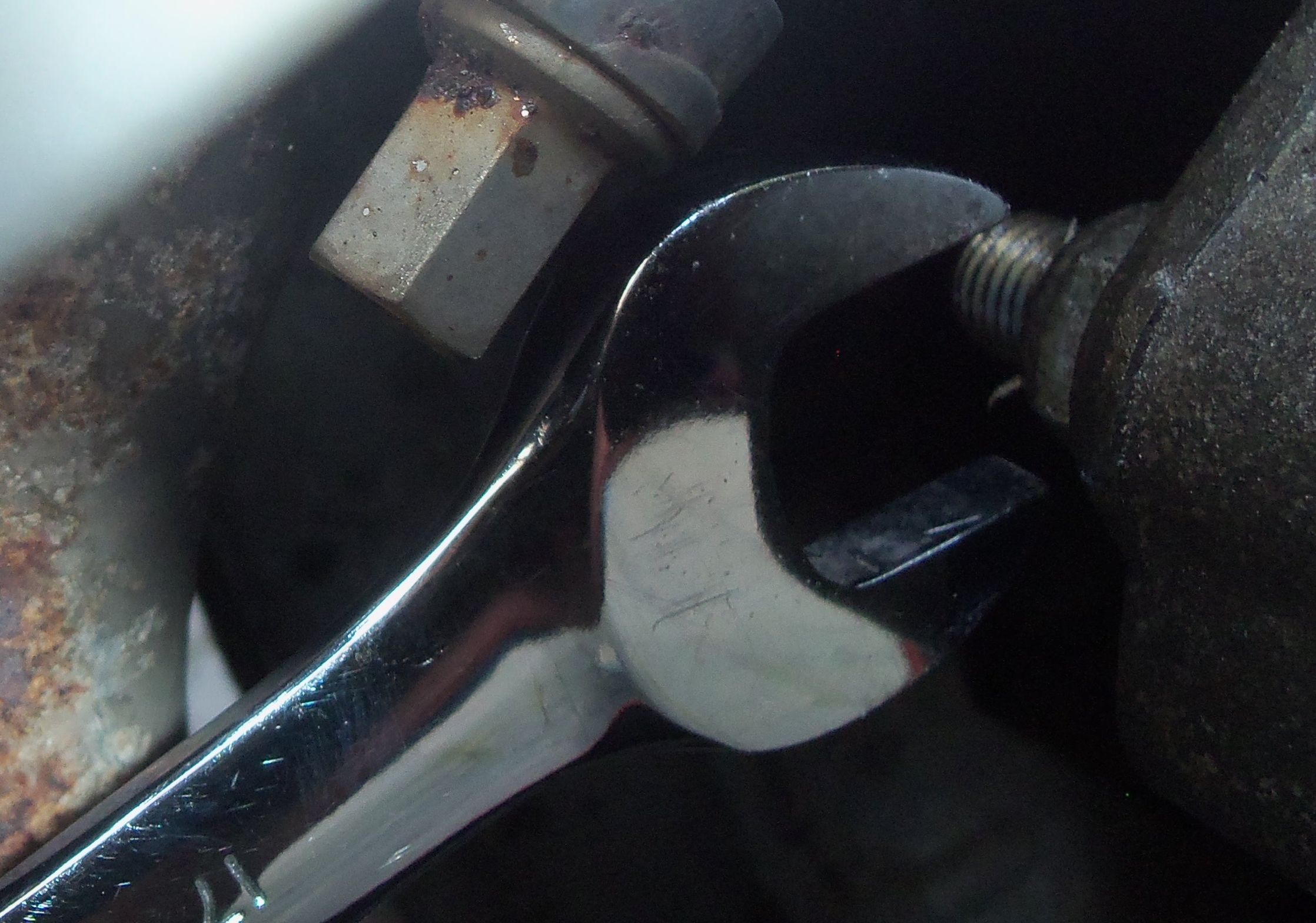 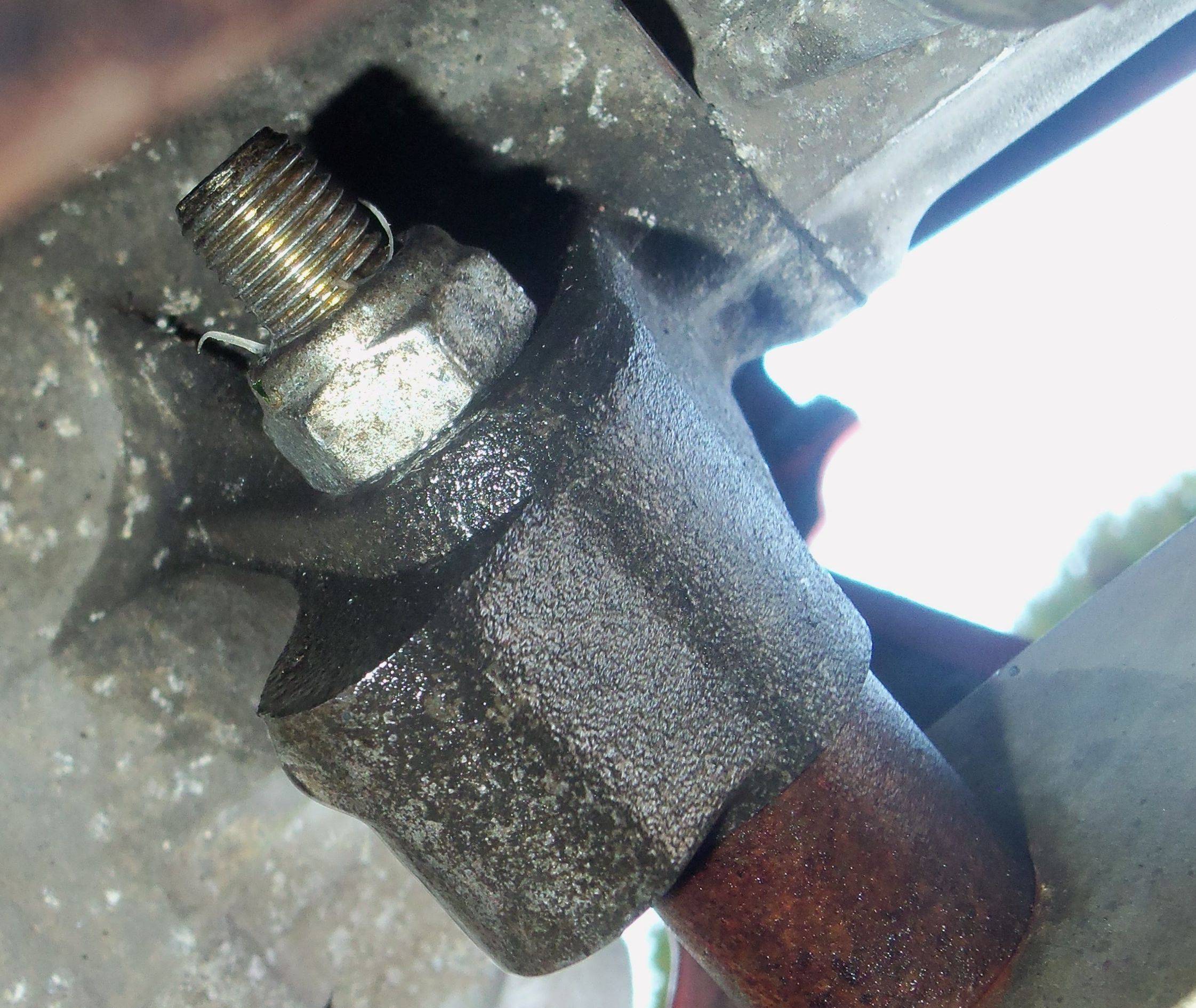 I have marked as correct Nick C's suggestion to use a nut splitter. This is an update of how it went when I tried that.

As you have reasonable access to the nut, I'd suggest using a nut splitter to split the nut and open it out, which should then allow you to withdraw the bolt and remove the parts - obviously both nut and bolt will need to be replaced, but you'd already worked that out!

Based on the pictures, I don't see any options besides cutting the bolt in half.

A grinder wheel would make light work of cutting the bolt, but you may have to resort to a more primitive approach, i.e. a hacksaw.

Couldnt you drill the head off to be able to get some stuff out of the way, cut the bolt further down, drill a center hole with a small bit and proceed drilling away the remaining stub?... You have to grab the bolt from behind so it wont keep turning but it might work. (hard to say from the pictures but I have the impression that once cut down the bolt flush to the mount you should have enough room to slide the stub off towards the nut side of it)

Or once most of the stuff is off you might be able to use a small cutting wheel and if not cutting away the whole thing at least be able to grind off one side of the nut, with patience. If the thread got chewed away probably is soft-ish stuff at least.

Which tools you have available?

I was in a similar situation (car, not a bike) once and I didn't know about nut splitters (see Nick C answer) at that time.

I was able to get at the nut with a Dremel and a very small (1" diameter) cutting disk with a flexible extension between the Dremel and the disk.
With the disk I was able to slice diagonally across the nut (couldn't get the angle to slice along the length of the bolt).
Then I was able to pry the nut off.

Given the good vertical access to the bolt, I'd cut it off with a sawzall using a fine hacksaw blade.

If the bolt is turning inside of the nut, that would indicate to me the threads are stripped either on the bolt or the nut (duh, right?). If you can get a third hand to help you, you'll need it for what I have proposed. If you can place a flat tip screwdriver on the tip of the bolt and pry it back towards the nut, then hold the nut with your wrench (spanner), then turn the bolt counterclockwise while holding the screwdriver tight, you may be able to get the bolt to nut interface to grab and then allow you to take the bolt out. If this works, once the nut is a little away from the frame, you can place the screwdriver between the frame and nut until it comes apart the rest of the way. (Hopefully this makes sense.)

In the last picture it looks like damaged threads sticking out, so my guess is that you're correct that it is stripped there. If you can have a helper spin the bolt (ideally with an impact wrench) while you hold the nut with a wrench and pry on the tip of the bolt (toward the bolt axis in the direction to remove it), perhaps the area of intact threads will bite into the nut. Spinning the bolt fast enough with an air or electric driver will help this approach.

If that isn't possible, cutting the nut is your next best option. It looks too tight for a nut splitter, but perhaps a grinder/cutoff wheel.

Not the answer you're looking for? Browse other questions tagged motorcycle stuck-bolt nut or ask your own question.

10
Thread on bolt - what happened?
5
What options are there to minimize thread corrosion in rust-prone applications?

4
Removing difficult engine bolts
3
Undoing a rounded-off triple-square bolt
7
What kind of amperage and sticks needed to weld a nut to a stripped cap/bolt?
8
Cant Remove Nut on Clutch
6
How to deal with this type of nut
4
Removing rounded allen dome bolt
3
Welded nut broken inside subframe
2
need to remove a broken lug nut: thinking die grinder?
1
Unable to unscrew stripped bolt in a tight space with no access from behind