My 2006 Toyota Prius is throwing code P0420 and I used a cheap OBD-II reader with Torque App on Android to check if my O2 sensors are working or not. I tried the maintenance mode to just run the engine but it failed to show any reading, so I drove the car on a freeway at constant 65 mph and took screenshots during the drive: 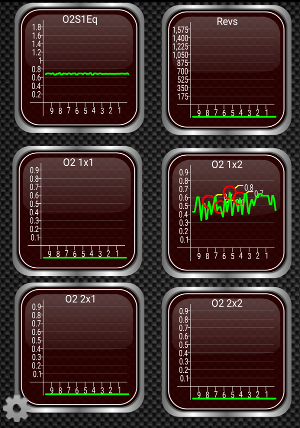 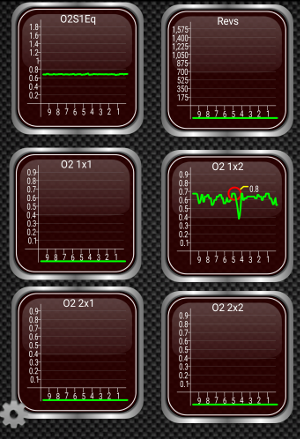 I put the other graphs just to make sure that the sensors would not be displayed in another bank. It appears that the sensor closer to the engine (O2 1x1) is showing nothing where it should have had a reading. When I stopped the car it briefly showed some readings but I could no catch them. The sensors after the catalytic converter looks like is varying very swiftly, which could indicate a bad catalytic converter.

Are those readings reliable enough to decide to replace the upstream sensor? I'm not sure if the lack of reading is because of a problem in the sensor or in the Torque App/Bluetooth reader.

I took the car for another ride today and the O2 1x1 sensor provided some reading, although it was a constant reading, which is inconsistent with a working upstream O2 sensor (should vary right?). Interestingly the O2 1x4 gauge also provided a reading too, I didn't know I had one! 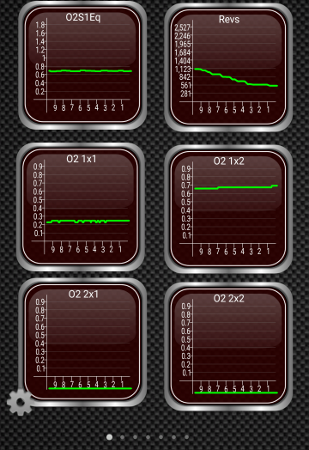 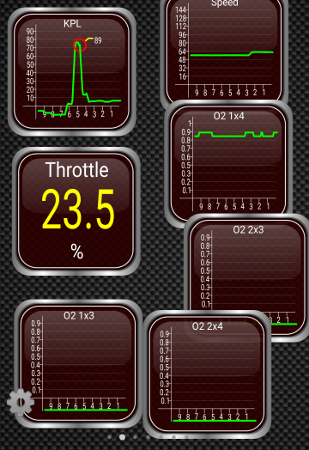 The upstream o2 on a Prius is an AFR sensor stoich reading at idle is 3.33 volts. The application isn't able to read the correct PID. So of course it would read 0v all the time.