It had an intermittent issue with the "car security manager loose connection" and the car wouldn't start sometimes, But when shaking the fuse box/power distribution unit just behind the battery the car would start.

It then got progressively worse up to the point where as if the power distribution unit even gets nudged slightly (like when you set off) the car cuts out completely.

I did have the AA come out and take a look at it and the fault code they read was "power distribution unit fault", which leaves me in a bit of a predicament because you can't just buy a spare one as it is programmed to the ecu.

Which means I would have to buy a second hand ecu + power distribution unit off the same car, would there be anything else I would need that is uniquely programmed to the ecu apart from getting the key re-programmed ?

the power distribution unit in question (ignore the red circles, it's the best picture i could find of it) 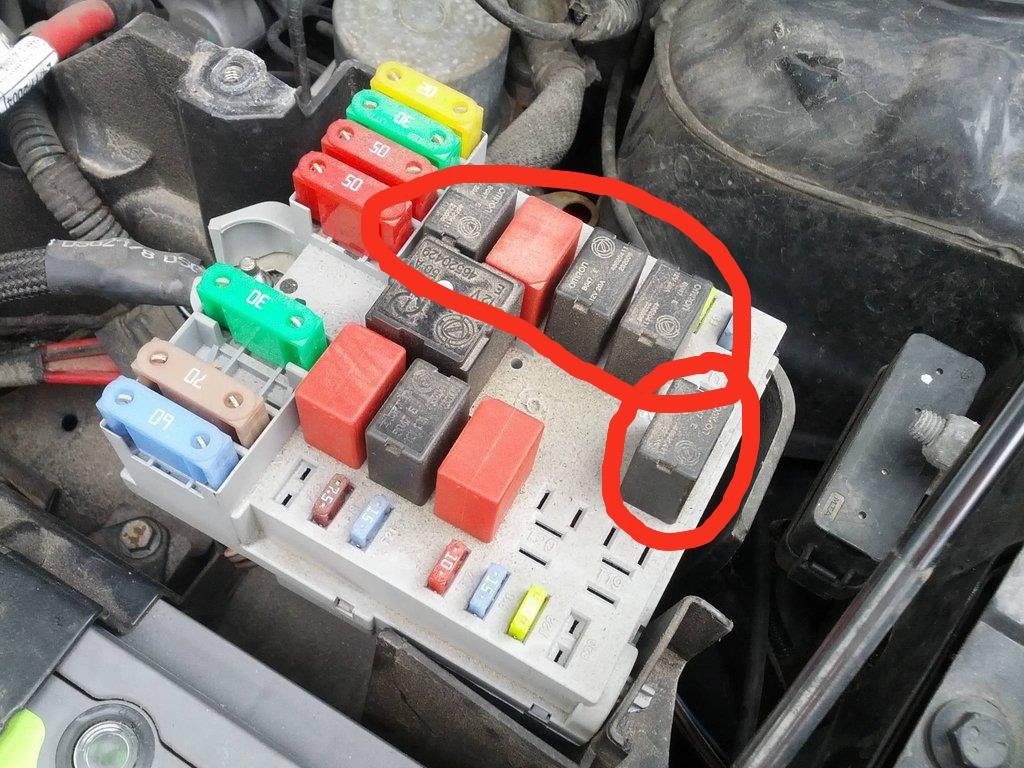 At first I though the issue was with a loose wire or faulty connection in the fuse relay box (turns out there's no cpu or fuse board of any sort in there) it's just metal plates stacked ontop of eachother.

After much poking and prodding(and contact cleaner), it turned out that the case that held the two sides of the fuse box together had become slightly disfigured(i have a habit of hitting speed bumps at 30+mph), after much electrical tape and super glue the box is now fully closed and secured to the car again.

overall it cost £300+ for several diagnostics and many cans of contact cleaner when just inspecting the box and closing it properly would of fixed the issue.

Not the answer you're looking for? Browse other questions tagged electrical fiat or ask your own question.