Last night, the passenger-side tail-light on my step-daughter's 2004 Mitsubishi Lancer ES went out. After determining that the bulb was OK, we looked in the fuse box, and saw that one of the two 7.5 amp fuses for the tail lights was blown. A replacement fuse immediately popped.

Today, we attempted to diagnose it with a VOM, and got some puzzling results.

With the battery disconnected, both fuses pulled and the head-lamp switch in the off position:

Should I be approaching this problem in some other way? (And, for bonus points, can anyone explain the oddities described above?)

The parking lamp/headlight switch applies power or ground so the circuit would be open if you were testing with the switch off.

Same with the turn signals.

The tail lights are on separate circuits. They don't share a ground.

Does the car have an aftermarket trailer harness? If not your going to have to remove panels and visually inspect the harness for rub through.

Does the car have an aftermarket radio? If so inspect the wiring behind the radio for short to ground. 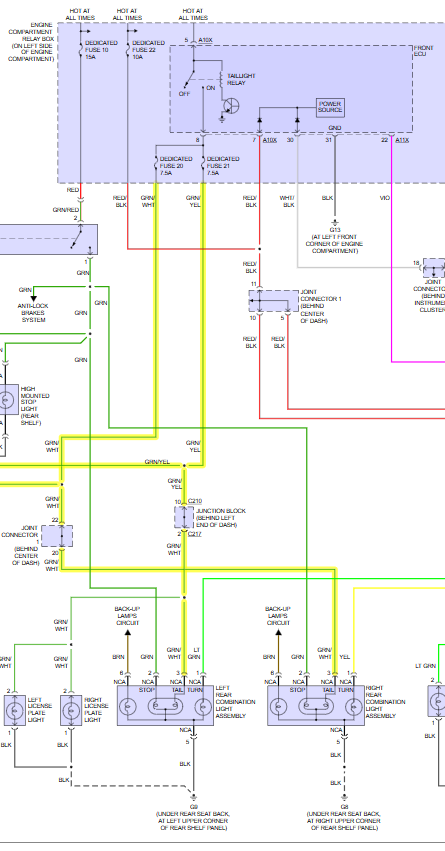 Not the answer you're looking for? Browse other questions tagged fuse tail-lights short or ask your own question.