What is this noise from the front (tires or such)

I'll start off by saying this is NOT the sound of the engine, even though it does sound like a sports car engine, this is how my engine sounds https://youtu.be/l33msAzBg5k?t=178

Video for reference (shot 30 mins ago)

The sound occurs when I'm doing over 20 mp/h. Bellow 20 mp/h Its either too quiet for me to hear or non existent altogether. Between 20-25 its hearable but still not that bad. Above 25 its quite noisy.

It's coming from the front wheels or their neighbouring parts. When doing 30-40 and turning left, and having the steering wheel above 30 degrees the sounds muffles quite a bit, to almost gone, but going straight or right, its there and it's very noisy. Having a read here, it seams it's one of these, but I have no idea which one. The car went trough Major servicing a month and a half ago. They changed one of the tires as it was very worn. The sound was there before the service, and was still there after.

The noise is always correlated with speed - bellow 20 Mph no noise. I can rev the engine at 9000 RPMs standing still in the parking - doesn't matter. It's only there when doing 20 Mph+

I know I'll get a much better answer combined with solution right away at any car servicing, but I'd rather know what I'm getting into, and how much it will cost me in advance.

It kind of sounds like a wheel bearing or something rubbing on the tire.

Do a visual inspection of all fender linings and inspect your tires for uneven wear.

With a wheel jacked up and supported spin the wheel by hand while holding the spring. A bad bearing will transmit vibrations through the spring. Or it will be obviously loose when shaking the wheel.

The sound reminds me of an issue I've had before. I'm not sure how, but the plastic fender liner on the right front had come loose. Just looking at it, you couldn't tell there was an issue, but when driving, the force of the wind would pull the fender back and make it rub against the wheel.

I didn't figure out what it was until the tire finally wore a hole in the fender and the bottom piece broke off. I saw it flying off in my rear view mirror after hearing a clunk, and then noticed it missing when I inspected the fender.

This isn't my fender, but gives you and idea... 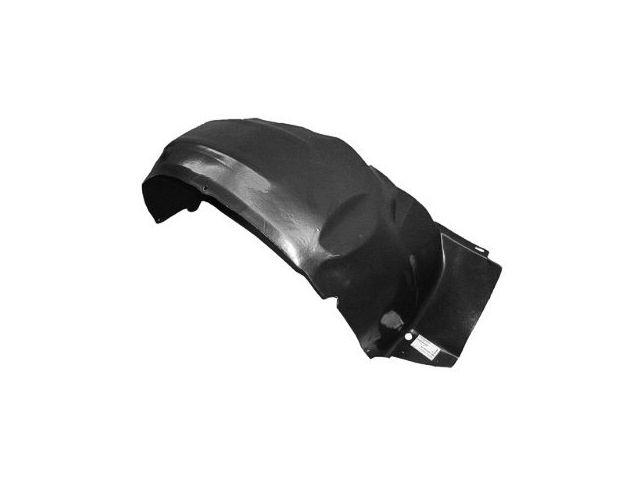 My fender liner had a "duck-bill" type extension like the one on the right of that image. It had come loose and would flap over and press against the tire at speed.

Moral of the story: Look for loose fender parts or covers in the wheel wells.

Not the answer you're looking for? Browse other questions tagged noise citroen or ask your own question.

3
Rattling/tinkling noise under load - is this knocking/pinking/misfiring?
3
Need help identifying grinding noise from the rear of 88 Toyota Pickup
3
What could cause crackling sounds from a suspension on vehicle start moving?
7
Weird “old”-sounding engine noise. What's the problem?
3
How to quiet a noisy passenger seat?
6
Diagnosis on thumping noise from the front
0
Screeching noise when the wheels are rolling
3
Rumbling noise: tires or mechanical
3
Steady (non-scraping, non-metallic), speed-varying noise from frontend (possible rubbing brake pads?)