What exactly is ram air induction?

As far as I can tell, a ram air induction kit performs a similar purpose to a turbo or supercharger in that it is designed to force more air in to the engine, boosting power output of the engine. Fuel consumption is also increased as the air-fuel ratio should not change much if at all.

What is the difference between ram air induction and a supercharger or turbo?

Ram Air is actually a type of engine/intake which Pontiac used in the late 60's for their GTO's. Pontiac called it a Ram Air. These were a series of engines (basically named I, II, III, IV, & V). The most recognizable part of the combination was the hood scoops. You can see them in the following images: 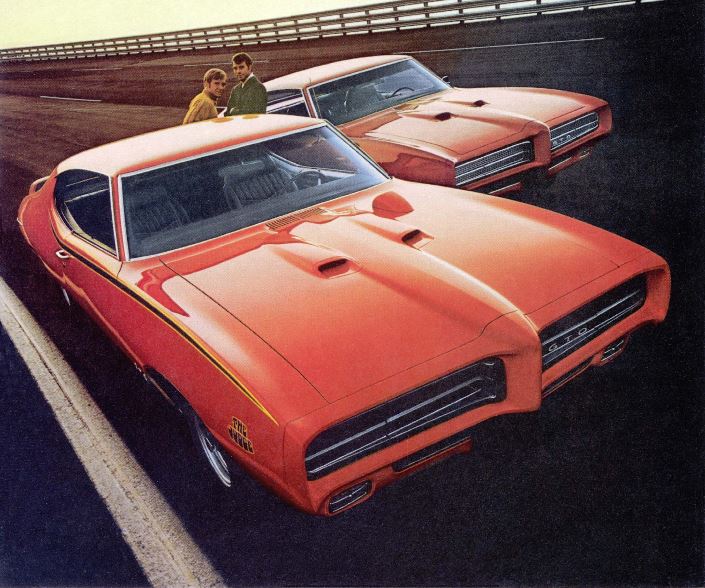 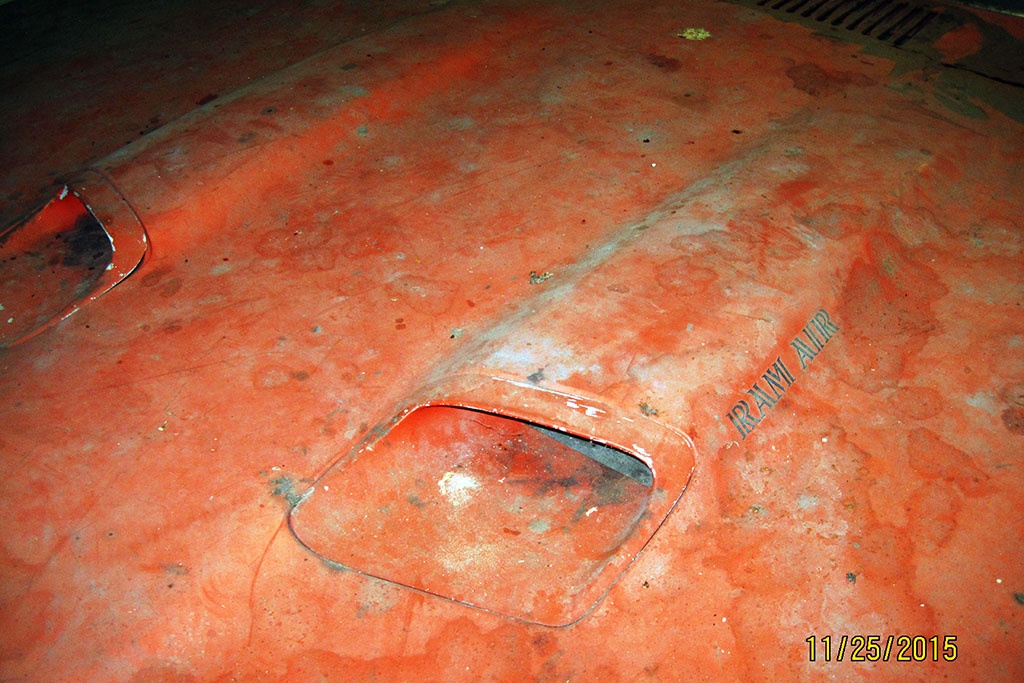 Here is what the setup actually looked like under the hood: 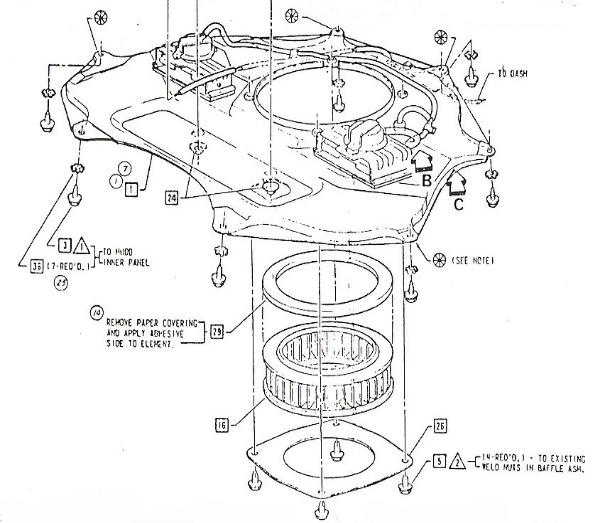 I don't know if you can tell or not, but in the image there are two vacuum operated doors which let air in. These would open when vacuum from the engine was right, letting cold air directly in through the air filter.

The largest part of the Ram Air inlets is it would be open at speed. The thinking of this was that not only would fresh air from on top of the hood be passed to the engine, but while going at speed, there would be a pressurized effect, giving a boost of power to the engine. How effective this actually was is anybody's business.

The idea was later reintroduced on the 90's Pontiacs, such as on the Trans Am and Grand Am models. There were no vacuum actuated flappers on these vehicles, though, so the (so called) effect would happen at any speed and any throttle level. It wasn't a special engine, but only the hood and intake. I believe Pontiac rated these vehicles something like 5-15 horsepower over the stock versions. I'm sure this was only seen at peak horsepower levels.

Here is an image of a newer Ram Air setup which is under the hood of a Grand Am: 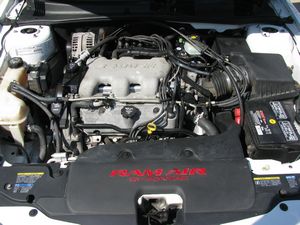 The major difference between these vehicles and super/turbocharging is with the Ram Air, you have to call on physics to do anything for you. It carves the air out from in front of the car. The hood and front end of the car create a small pressure wave in front of it (the base of the windshield is another place for higher pressure air ... which is why Chevrolet created the Cowl Induction hood for the Chevelle) which creates a little bit of positive pressure inside the air intake. This is the Ram Air effect.

A turbo/supercharger (forced induction or FI) uses energy derived from exhaust (turbo) or from the crankshaft directly to provide a positive pressure imbalance inside of the intake. This provides more air so there can be more fuel, which makes for more power. The difference in power increase between the Ram Air and the FI setups is about 10:1 (or greater) in favor of FI.

Basically there are a few steps you can go when you want to cram more combustible mass into the combustion chamber. The lowest step is a ram air, or cold air intake. This does not have an active device pumping more air in, it just uses the movement of the car and the pressure wave that it creates to push more air in, which causes the computer to force in more fuel to maintain the proper air / fuel ratio.

The next steps are things like turbochargers and superchargers which are pumps that force more air and fuel into the chamber.

The main difference is that a ram air doesn't have a pump, just a free flow bigger air cleaner, while turbos and superchargers are pumps..

Ram air induction does not exist in normal vehicles for all intents and purposes. Ram air induction is the forced induction of flow due to air flow being compressed (pressurized) into an inlet from the conversion of kinetic energy (velocity). Air is considered incompressible below speeds of about Mach 0.3 or 230 mph.

A supercharger and turbocharger both perform the same function--to force air into the cylinder above ambient air pressure. More air + more fuel = more power. The difference is that the supercharger is mechanically driven, while the turbocharger harnesses waste energy of the exhaust stream.

Contrary to what your intuition might indicate, having a forward facing air inlet to "scoop" air into the engine does not produce any significant pressurization of the inlet air below Mach 0.3.

Therefore, the difference is that one is very effective at increasing power (superchargers/turbochargers) and the other is more effective at draining your wallet (aka snake oil). 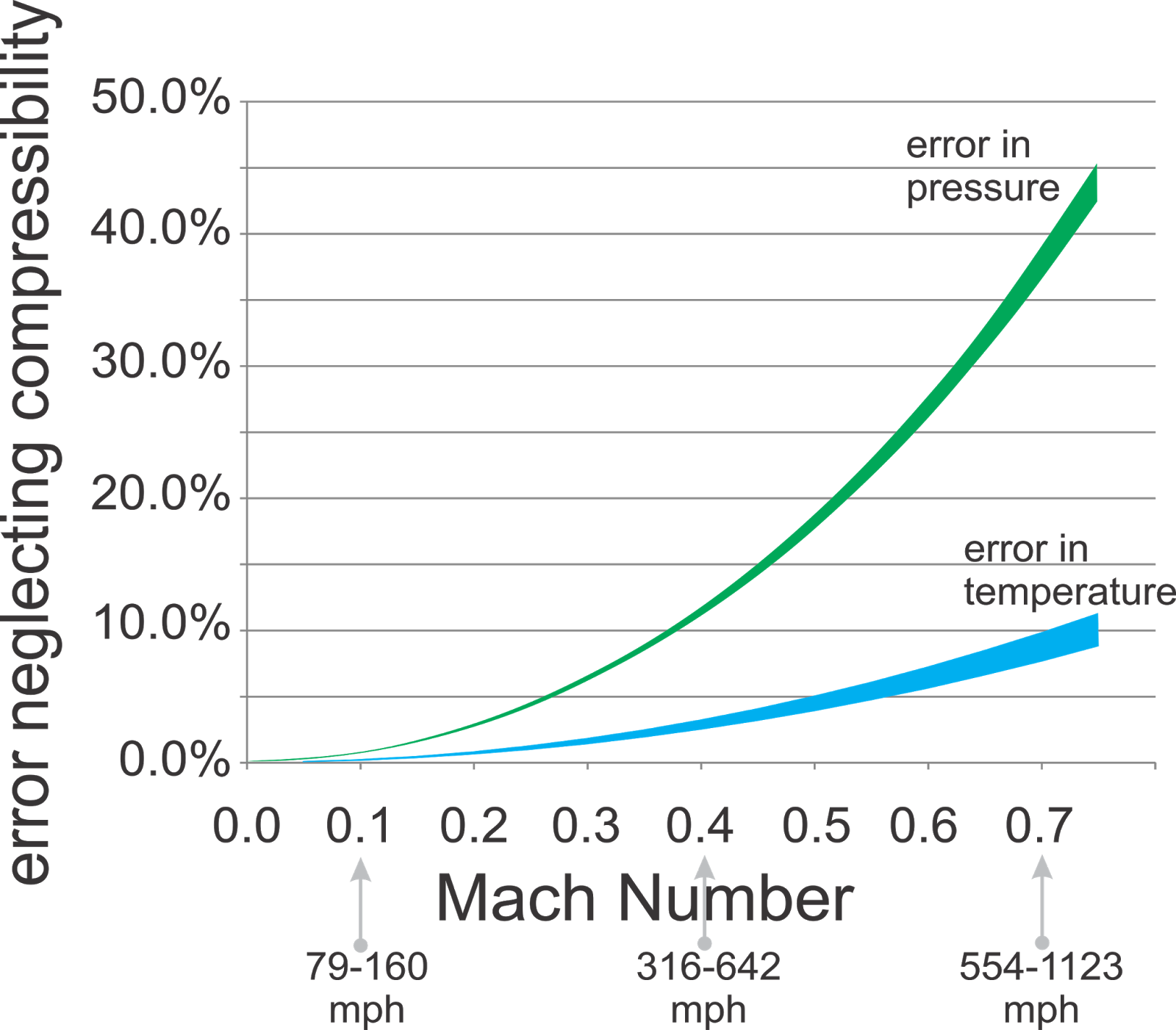 In the picture above, you can see that at Mach 0.3 if you measured the air pressure due to ram air, you would be within 7% of standard air pressure. At Mach 0.1, your error looks to be <1%. 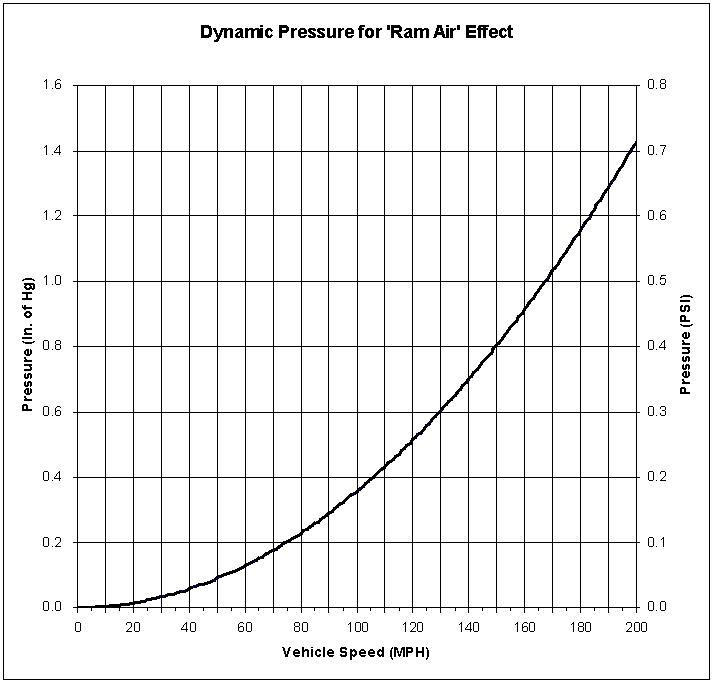 For comparison, a low-boost supercharger will produce 7 psi of boost. And a high-boost turbo could produce upwards of 25 psi.

Ram air is simply air that is forced to enter a moving aperture. The 'ram air' at 0mph would effectively be non-existant, and, like aerodynamic drag, would increase exponentially with speed. The faster you are moving, the more air is being forced into your ram air inlet.

Ram air cannot compress air under 230mph. However the benifit of having ram air is that when you sit at a light on a hot day for a minute or two. (Modern vehicles only) The heat from the engine bay soaks into the air box and piping. The post maf takes readings of higher temps, thus causing the ecu to retard the timing to avoid irregular detonations. That's why the throttle seems sluggish on hot days after sitting running for a few minutes. The ram air is essentially an instant or close to instant cooling device allowing the maf to sample cooler readings faster.

Not the answer you're looking for? Browse other questions tagged ram forced-induction ram-air-effect or ask your own question.

5
Why do most mass-production motorcycles have their intakes facing backwards?
3
ALS (anti lag system) - What are the various types of ALS systems used on forced induction vehicles?
7
Two-Stroke Diesel Engine - Do they use forced induction on them?
18
Why or why not increase engine efficiency by running the car “fuel-lean” (using a turbo or supercharger)?
3
dodge ram 1500 RPM's problems
2
Torque reduces gradually after certain RPM
2
Lift Kits or Air Suspension system for my 2015 Ram 4x4?
0
Lower Temp Thermostat for Forced Induction?