If the full assembly were visible this would all be shrouded in an airbox.

Why are they doing this?

What are the benefits of the intake horns sitting above the throttle bodies with a gap between them?

Could this be a method to reduce resonance within the airbox at high RPM running? 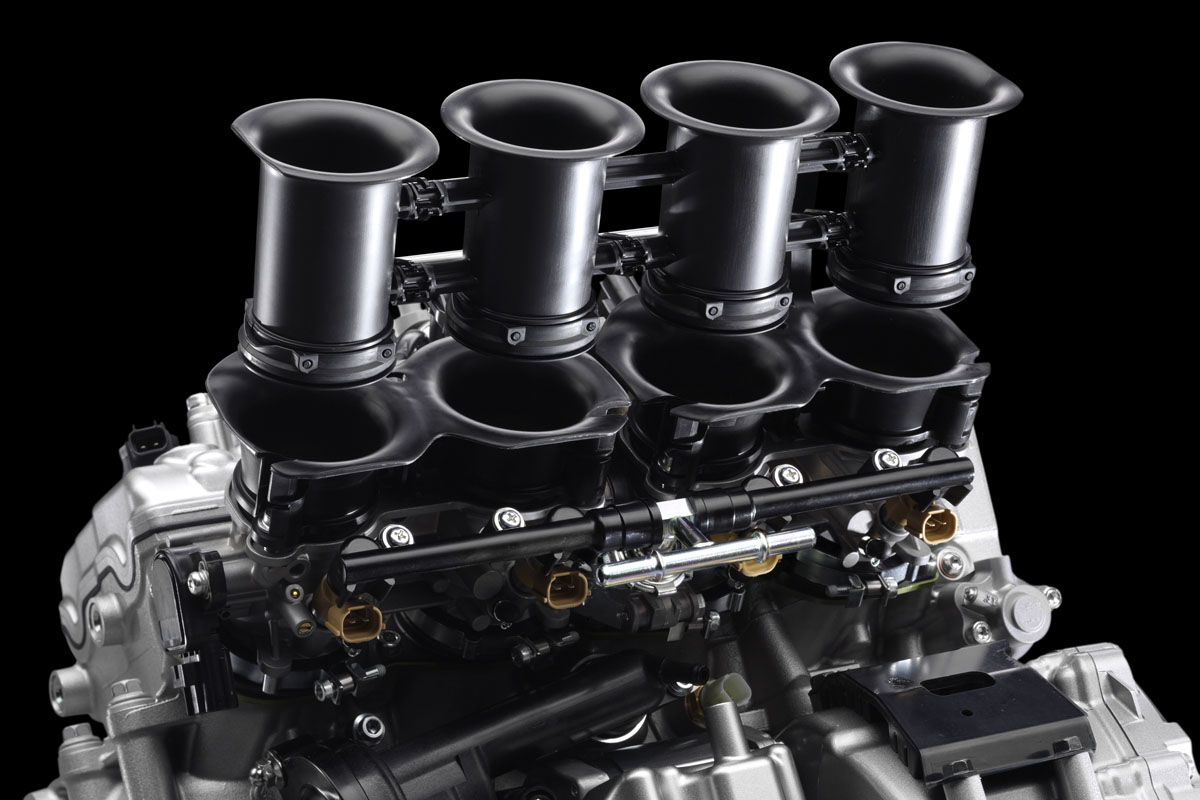 This is a variable-length intake

It's also known as dynamic supercharging since it avoids the use of a mechanical device (compressor/blower) to boost intake air pressure, which means the air enters the cylinders at a higher pressure. Needless to say:

How does it increase air pressure?

Any air intake geometry has a certain Helmholtz frequency associated with it, just like how blowing over the neck of an open bottle produces a certain note or pitch.

Much like how the Le Mans-winning Mazda 787B did.

The neat thing about this setup is its relative simplicity and robustness. Consider the 787B's trombone-like intake runners. The sliding motion between the two concentric pipes might be good in the short term, but I struggle to see how any mass-produced vehicle would feature this design; the interference between the two parts would require something special to last for an acceptable amount of time.

Which is why the setup in this Yamaha is sheer genius; it does away with the interference altogether while maintaining the benefits of the variable-length setup.

The 'floating' intake runners are moved by a mechanism, coupling and decoupling them from the main intake runners to increase the overall length for better low RPM performance. This process was recently discussed here:

I don't see that having the extension pieces in the decoupled position would have any effect of the resonant properties of the air box, particularly as they have open ends.

Here's a couple of pictures of another, very similar, Yamaha system shown in both states: 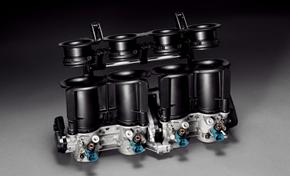 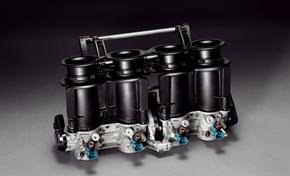 This is an article from Yamaha that explains the system and the purpose of it.

Not the answer you're looking for? Browse other questions tagged motorcycle engine-theory air-intake intake-manifold throttle-body or ask your own question.

12
How do variable-length intake manifolds work?
12
How does intake manifold runner length effect the power curve of a car?
8
What is this U shaped tube sticking off the intake hose?

12
How do variable-length intake manifolds work?
8
Best way to remove broken bolt from intake manifold (broke nearly flush)?
4
How to Properly Reinstall Rotor and Stator on Suzuki DL1000
2
what the torque should be on my 2000 gmc 4.3 intake maanifold
2
How is Intake Manifold flow measured?
6
Help me diagnose the cause of this intake valve burn
2
Does the air intake system in a VW CC 2010 go around the engine?
4
Can I attach a DC blower to intake manifold of my 150CC Yamaha FZS FI engine?