What is the most efficient method of getting your car unstuck from snow?

If your car is stuck in snow and you don't have any chains, what can be done to get it out? This can be an unnerving problem to have and it happens pretty easily with normal driving on ice. You wind up in a snowbank sliding into it at 10 mph or any number of scenarios.

tl;dr: You can use a spade or similar tool in order to dig the snow out of the way.

Having said that, there are several things that you can do or might want to consider if you are stuck in snow.

How to Get a Car Out of Snow 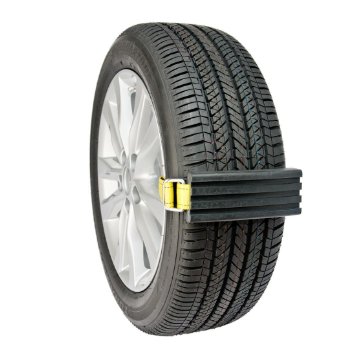 Yes. If you do not have some or all of the things on the list above you might want to use your best judgement in order to be prepared for any situation without making your car more cluttered than your average garden shed! For many countries, snow is a rare occurrence anyway so I wouldn't suggest having all of the stuff in your car all of the time.

Things to Bear in Mind

Also before you leave, you can bear these things in mind:

I would love to hear any other suggestions that you may have to help everyone avoid the snow!

A hand winch and a tow strap. You need something to attach it to (a tow hook on your car and something sturdy in the surrounding area) but it's about 90 percent as good as calling a tow truck.

The winch does all the work, the strap just extends its reach to the nearest sturdy object. If pulling the car six feet doesn't unstick it, just put the car back in park, extend the winch, shorten the tow strap and pull it some more. 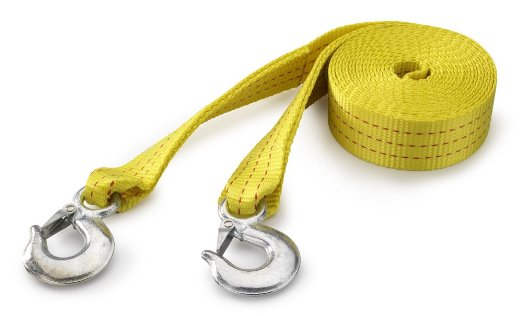 I noticed there was an amazing method not mentioned. 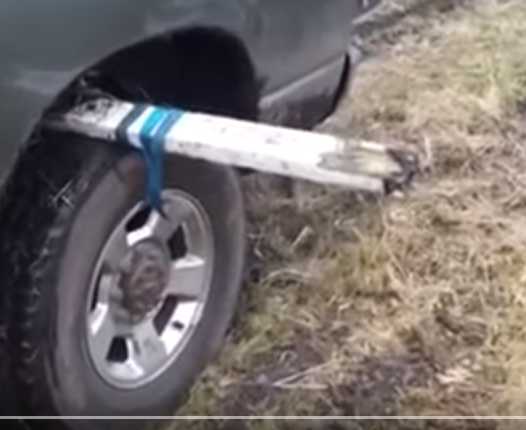 This method gives you that bit of extra traction the one tire needs. Might not work as well on snow, but you can pile packed snow around that tire for extra traction if you can't unstuck the car.

Use second gear, or third if possible. This lowers the torque output to the drive wheels and tends to lessen the wheel spin. It is not commonly known that the reason 2 is available as a stand-alone gear selection option on most automatic transmission equipped vehicles is this low friction situation.

If pulling forward and then removing power (by depressing the clutch) results some movement backwards, this indicates the possibility to "swing" the car.

Pull forward with the engine till the point where the car does not move any longer, then allow to roll backwards freely (clutch depressed). When it stops rolling backwards, immediately pull forward again. Each such cycle accumulates more and more kinetic energy until it is sufficient to free the car.

I am surprised this hasn't been suggested yet - use simple piece of carpet - easy to pack in the car, Easy to use :) Or, use your floor mats if you have no carpet at the moment.

46
How do I save myself from a sinking vehicle?
6
How exactly does an increase in engine temperature cause a car to breakdown?
0
One time snow removal

16
How To Get Organized Without a Garage Workspace?
0
Is there any way to revive engraved initials on old tools to make them readable again? I'm battling a dishonest roommate!