The purpose of covering the grill during cold weather

In some countries it is quite popular to cover up the front grill in winter (especially on diesel engined cars). As I understand the intention is to inhibit airflow to the radiator, but why would you do that if coolant flow to the radiator is allowed by the thermostat only when operating temperature is reached? As far as I can tell it all it could do is cause harm, such as overheating and lost intercooler effectiveness. 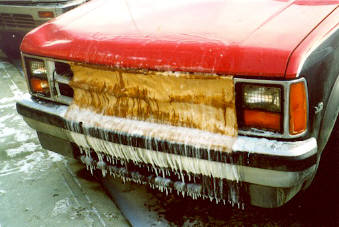 I've actually seen special plastic or fabric covers sold for specific models, so it must have SOME kind of use: 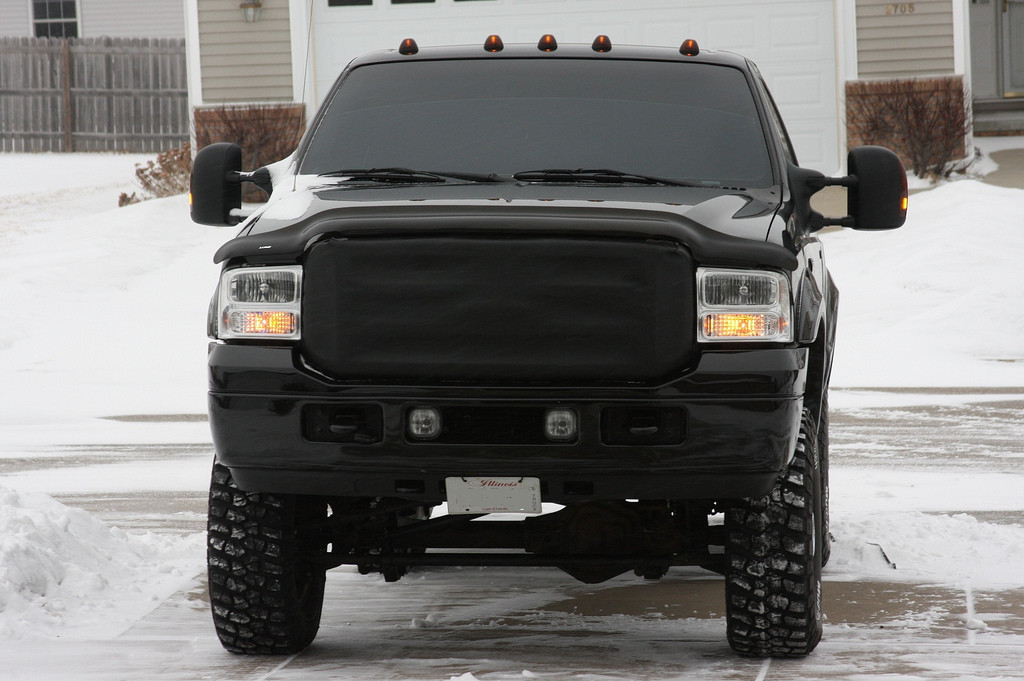 So what's the catch, when do you need one if your cooling system is in order? I've heard of people saying that sometimes the interior heater is so effective that the engine is having trouble keeping the temperature up, but how would covering up the non-functioning radiator work? Is cold air hitting the outer shell enough?

I can see a few reasons to do this:

I'm not sure if there is anything diesel-specific going on here.

This is old, but some of these comments annoy me. I live in Fairbanks AK and drive a 90's diesel Chevy. It takes a 15 minute idle period (in addition to at least an hour with the block heater plugged in) and 3-5 miles of highway driving for the coolant temp to get over 120 degrees when it's 10 degrees or colder. When the temp is below -20f or so, the coolant will never reach the proper operating temp, even pulling steep hills at 70mph. My rad cover lets my temps be in acceptable operating range in less time, which reduces idling and engine wear. Enough cooling takes place to prevent overheating, though I will take it off if I need to tow when it's that cold. It's also not true that closed thermostats prevent all water movement, they are not water tight.

An anectodal answer to this...

Back in the '70s I owned a Moskvich 412, a Russian car built to survive in Siberia. This had a brass venetian blind arrangement in front of the radiator that could be opened and closed from a lever beside the steering wheel.

So, yes, there is a point to blanking the radiator and it doesn't cause damage if you keep an eye on the temperature gauge.

The car had a petrol engine, not diesel. There is nothing particular about blanking the radiator of a diesel. As the weather never gets that cold in Southern England I never closed the blind in anger.

Not the answer you're looking for? Browse other questions tagged coolant winter temperature or ask your own question.

4
Handbrake during cold winter between -50 Celcius and 0 Celcius? Should it be used or not?
6
How does cold, dry weather affect horsepower?
4
White smoke coming from hood in cold weather at a stop light? [2003 Ford Taurus SE, Vulcan Engine]
11
Car won't reach operating temperature
5
Grille cover for '95 civic EG without AC for cold weather protection of engine
2
Hearing noises when braking until the brakes "heat-up" during winter time
2
Should I open the radiator cap in extreme cold
4
Car Battery Loses Connection During Cold Weather
4
Should I be pumping air to a higher pressure when the weather is hot?