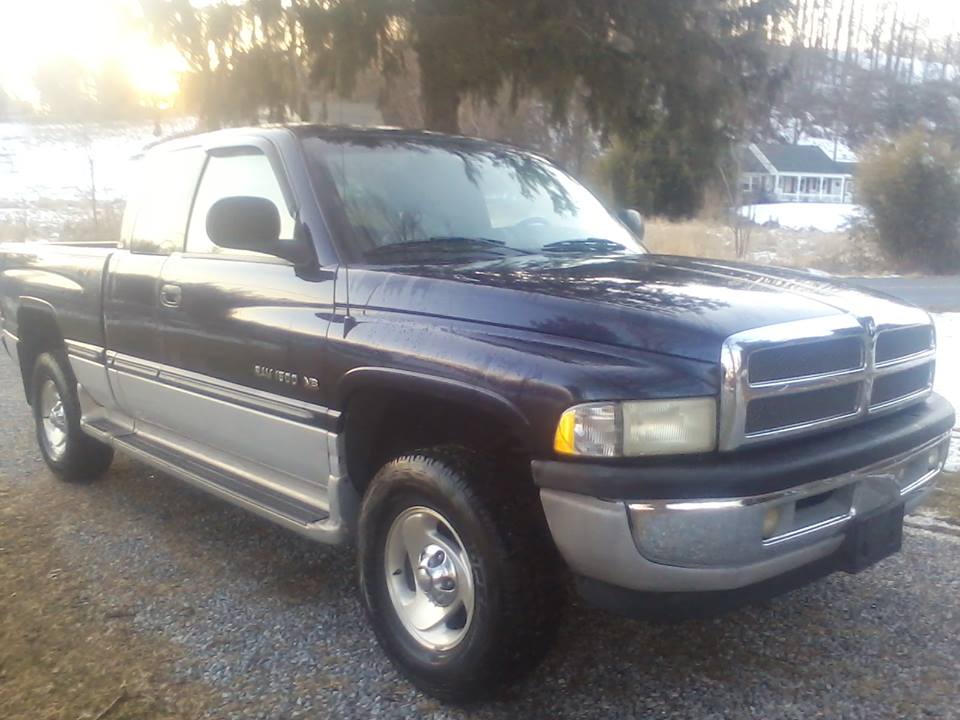 I have a friend who could put a cold air intake on it, with a new hood. But I have a few questions.

I would like to be sure it's worth it before buying any parts.

Would there be a substantial enough of a horsepower boost to be noticeable?

The most you could see from such a modification is 15hp. This would not be enough for the seat dyno to register, unless there are plenty of hemorrhoids to detect it. More then likely you'd see a measly 5-10hp, and then only at the higher RPM levels would this be apparent. You would only be able to see the increase via a chassis dyno.

Would the truck perform in the rain as well as before?

Depending on the modifications made (I'm unsure of the CAI you are planning to use) your truck won't have any issues using the CAI, nor will it have any issues in the rain. Even CAI's that utilize an exterior intake (as you've suggested in your question) usually have a drain the bottom which allows for any water which may enter to leave as well. You'd have to drown the entire truck to have an issue.

Is it safe to put this kind of performance part on an old engine with high mileage?

If you are getting these modifications for free, then no big deal ... put them on. If, on the other hand it might cost you money, I'd suggest you pass. It's not a good return on investment for your truck.

Removing the acoustically engineered OEM intake and replacing it with a bit of pipe and cone filter is likely to result in a decrease in bhp. Most of the independent before and after tests done on non-turbo vehicles find that reduces performance.

Not the answer you're looking for? Browse other questions tagged dodge performance truck air-intake or ask your own question.

5
Honda S2000 with cold air intake; rain driving
6
What is this squeak in my Dodge Ram 1500, and how can I fix it?
0
How to fix 2007 Dodge Ram Hemi Overdrive Problem
9
How do I go about replacing the head gaskets in my Dodge truck?
29
When is a cold air intake system beneficial?
5
Where does the Toyota Vitz air intake take air from?
12
Cold air intake causing rich condition
12
Cold Air Intake and Engine Wear
0
1986 Dodge B van, 5.2L, heated air intake, replace, leave, or remove?