What is a 6 Pack and will it add performance to my engine?

What is a 6 pack in the hotrodding world? Does it improve performance of my engine?

A six pack usually refers to the Chrysler (Mopar) carburetor setup which is three-two barrel carbs on an intake. You'll most often hear of it as a 440 Six Pack, the 440 referring to the Big Block Mopar engine displacing 440 cubic inches. Here is an image of such a setup: 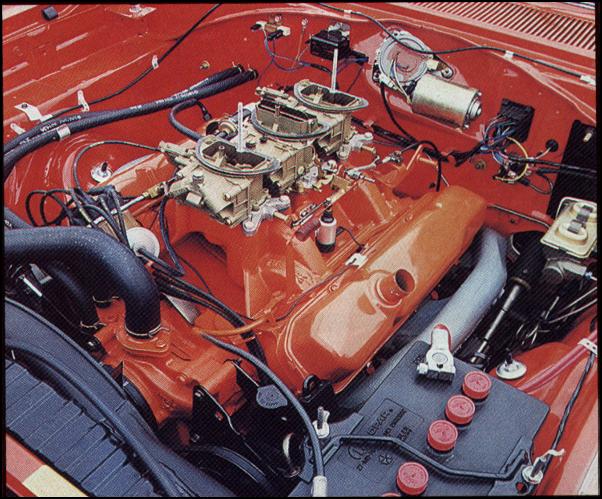 The interesting thing about these is they are setup sequentially, where the main 2-barrel carb will be used at first, then when the throttle is down enough, you'll get the other two carbs to open allowing for a large rush of air/fuel mixture.

This setup up can improve performance of the engine, with one caveat: only if the engine can utilize the increase in air flow. You can put as large of a carburetor on your engine as you want, but if the engine cannot utilize the increase, it will become a dog and will not perform. Other items such as increased exhaust flow (ie: headers), head port work, and large cylinder displacement will be need to fully utilize such a setup.

There is another common setup called a Tri-Duce. This was General Motors' version of this setup, but worked much the same way. You could find the Tri-Duce mainly on Corvettes and Pontiacs

The Mopar sixpack motors where the top of the street motor line ups and the 440 sixpacks would run right with the street Hemis. Sixpacks where three two barrels in a row and would deliver more power than any single four barrel at the time. As carburetors got larger, the sixpack was no longer as propeller. They can be tricky to tune, but in the right hands can be an awesome set up.

Not the answer you're looking for? Browse other questions tagged engine performance hotrod or ask your own question.

11
Performance Exhaust -- what, how, why?
3
1980s motorcycles and engine size: still good performance?
9
What are Performance Camshafts?
4
What will upgrading the Camshaft do to my BBC 454?
7
What is a "Z" frame?
9
What does "Chopped & Channeled" mean?
8
Does an Engine Strut Bar have any effect on performance?
2
engine consuming oil and performance?
2
Engine performance