My 2005 Honda Accord I4 is idling fine when cold but once warm it begins "revving" on its own between 1200-2000RPM at about 0.5Hz. The vehicle initially threw a DTC P0507 ("Idle Air Control System RPM Higher Than Expected") within a few minutes of starting but after disconnecting the battery (see troubleshooting below) I haven't been able to reproduce it.

I had a different idle problem two months ago that I never got to root cause on, see writeup here: 2005 Honda Accord 4cyl low idle and stalling when warm.

Any advice on what to try next would be greatly appreciated. Thanks!

It was the Idle Air Control (IAC) valve. Thanks everyone for your help!

Convinced it was a vacuum leak, I took it to a mechanic. He tested for leaks and found no evidence of a leak. He performed troubleshooting and his reference material lead him to the conclusion it was the IAC.

On vacuum leaks: The repeated oscillation of the idle changing was inconsistent with a vacuum leak, according to him. He said if it was a vacuum leak then the idle would be more consistently high or low and I probably would have gotten a different DTC.

On cleaning the IAC: He thought it was foolish of me to attempt cleaning the IAC. His assertion was that carb cleaner could find its way into the actuator and permanently damage it. 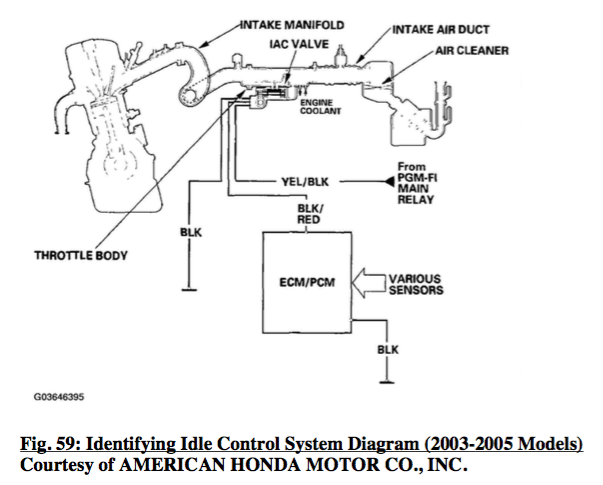 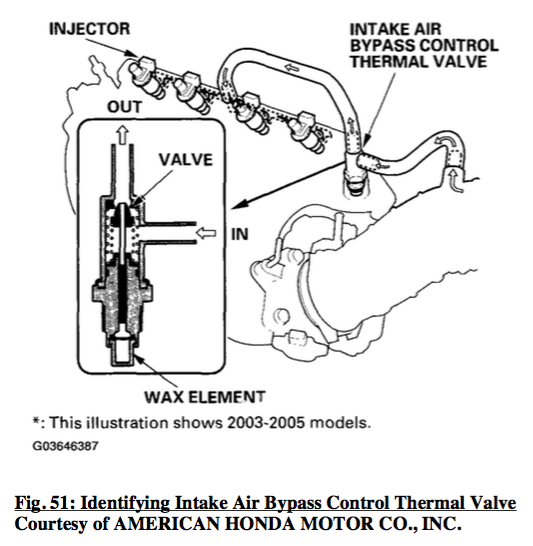 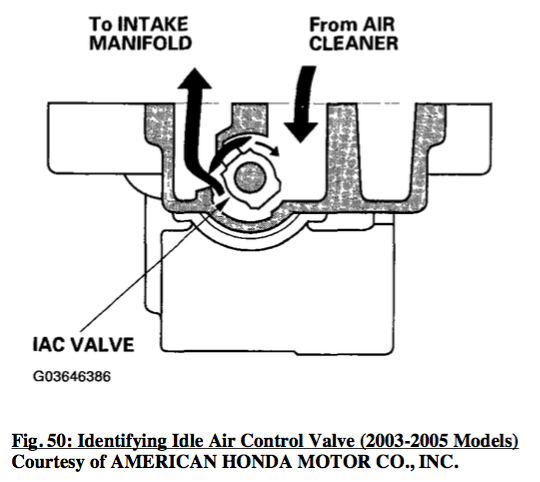 My suggestion is that your IAC valve is sticking. This would mean it is jutting in/out and not providing the amount of air for the computer to get the engine to settle. Since you've already cleaned it and the passageways, about your only other recourse is replacement.

You need to check for leaks in the air intake

A leaky air intake can explain hunting idle and I don't think spraying carb cleaner is always conclusive as some cracks can be really hard to see/detect.

There are several ways to check this:

Not the answer you're looking for? Browse other questions tagged honda accord rough-idle or ask your own question.

5
2005 Honda Accord 4cyl low idle and stalling when warm