I got in a minor accident the other day. Cosmetically my hood was a little crumpled and the grill cracked. Functionally the only thing not working is the wireless lock beeping feature.

Is this something I could attempt to fix myself?

Any help is appreciated, it's a 2007 Hyundai Elantra. Thanks!

I believe your Elantra has a switch under the hood which detects if it is latched or not. All of the doors, trunk lid/rear hatch, and hood must be closed or the "beep" will not occur. Since you stated the hood was somewhat smashed, it may not be "closing" the switch telling it the hood is down. In other words, your car's security system may be operating exactly as it should be if it believes the hood is still open. This is normal behavior when something is ajar to alert you to the possibility.

Raise your hood and look for a plunger which would be activated when the hood is down. This should be up front near to the passenger side of the vehicle. Here is an image where I believe it's at (very near where it's at on my 2008 Azera). 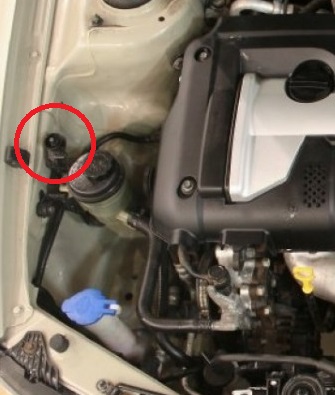 NOTE: This is the underhood of an '06 Elantra ... I believe the '07 is the same, but am unsure. If it's different, I'll bet the plunger is somewhere near this same area.

To check if my theory is what's going on, do the following:

If it occurs, you know this is your issue. As soon as you get the parts replaced or fixed, everything should be right as rain. I really doubt the horn is broken because if your Elantra is like my Azera, it doesn't use the horn, but some other thing to make the beep ... could be that the beeper is broken, but I'm doubting that as well.

Seems a horn was damaged. Some cars use the vehicle's horn to "beep" as a response. Others use a separate horn.

Pop the hood and look in the front grille area. Use the diagram below to guide you. Do the following:

The biggest probability here is that the horn was partly damaged. You can buy a good used one (no need for a new horn) at the local junkyard. Too lazy? Order it on ebay. Don't pay more than $25 for an used horn.

What if the connector is broken?

What if neither of those is broken? I would take the car in for a post-accident checkup. You never know what damage might have occurred until then. Sadly, this is one of those issues that mimics Schrodinger's dilemma with his cat: You don't know if it was the horn itself until you replace it (or test with another known good working horn). 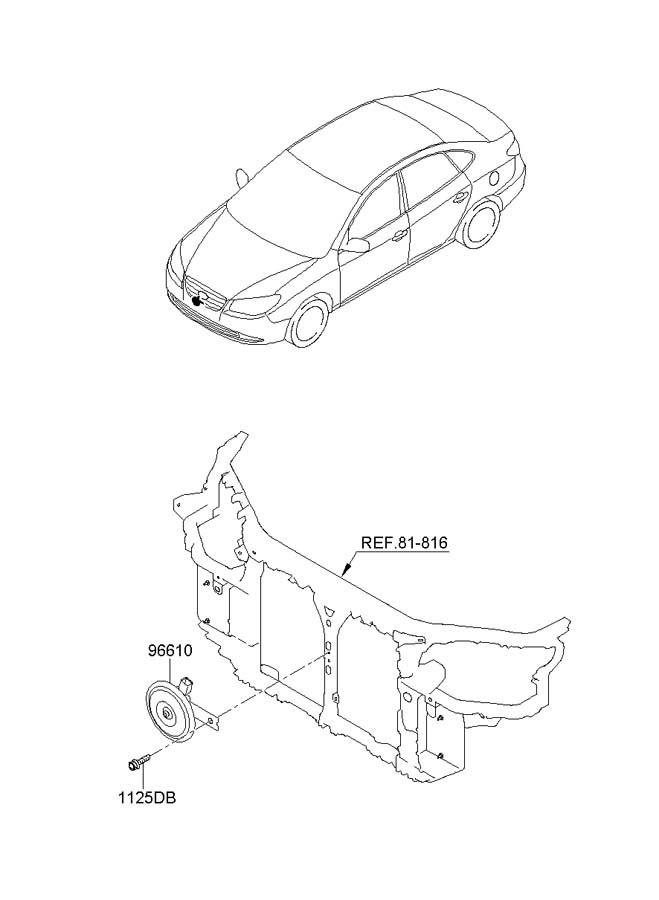 Not the answer you're looking for? Browse other questions tagged electrical hyundai key elantra or ask your own question.