What's involved in getting a piston engine to spin the other way?

I've been thinking about this problem ever since I had to slightly crank my BMW's engine the opposite way to insert a crank-locking pin.

What are the fundamental changes required to make an engine spin the other way?

Here are my thoughts:

To clarify, I'm not interested in other auxiliaries like the alternator, water pump or power steering pump - just what needs to be engineered on the engine in order to get it to run the other way.

There's actually quite a bit involved in making an engine run correctly in reverse. Here's the run down as far as I can tell (hopefully I won't miss something obvious): 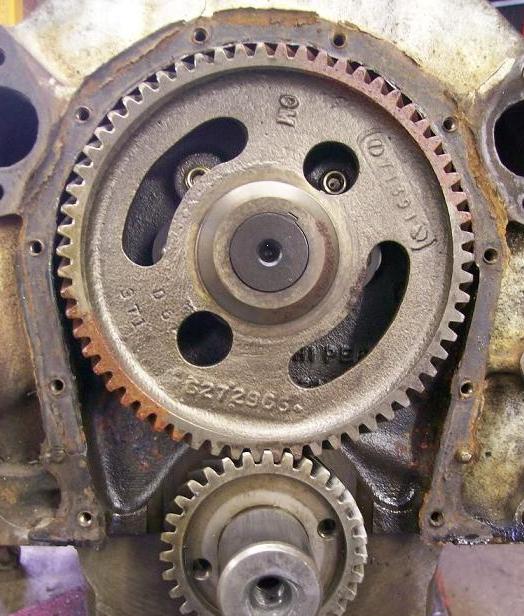 If it's a two stroke gasoline engine, you can just start it backwards. Occasionally, two-strokes will start incorectly and run backwards on their own. See this video.

Two-stroke boats will often reverse polarity on the starter to run the engine backwards to reverse the boat then kill the engine and restart to run normally.

From this Wikipedia article.

Regular gasoline two-stroke engines will run backwards for short periods and under light load with little problem, and this has been used to provide a reversing facility in microcars, such as the Messerschmitt KR200, that lacked reverse gearing. Where the vehicle has electric starting, the motor will be turned off and restarted backwards by turning the key in the opposite direction. Two-stroke golf carts have used a similar kind of system. Traditional flywheel magnetos (using contact-breaker points, but no external coil) worked equally well in reverse because the cam controlling the points is symmetrical, breaking contact before top dead center (TDC) equally well whether running forwards or backwards. Reed-valve engines will run backwards just as well as piston-controlled porting, though rotary valve engines have asymmetrical inlet timing and will not run very well.

36
Changing Firing Order in a 4 Cylinder Car
7
Two-Stroke Diesel Engine - Do they use forced induction on them?
26
What actually happens when there is way too much oil in a car engine?
7
How can head port volume affect the power curve of an engine?
6
Can a modified or non-fixed firing order yield a racing advantage?
10
What's gonna happen if I disconnect 'single piston'
6
What's generally on the other side of the oil filler cap where oil is poured?
1
Simple Question: During combustion stsgep do the piston go up all the way?
1
How to calculate the compression height of a piston?
1
Exhaust back-pressure Q on simple 2-stroke yard-equipment engines: