I just replaced the lambda on my 98 Mazda 626 GF 2L because it was showing a signal that was constantly pegged lean and I suspected it was defective.

After replacing the sensor I took the car for a 15 minute spin which I logged. One thing of interest to me was the relation between O2 voltage and STFT ( I logged this at the end of the drive ): 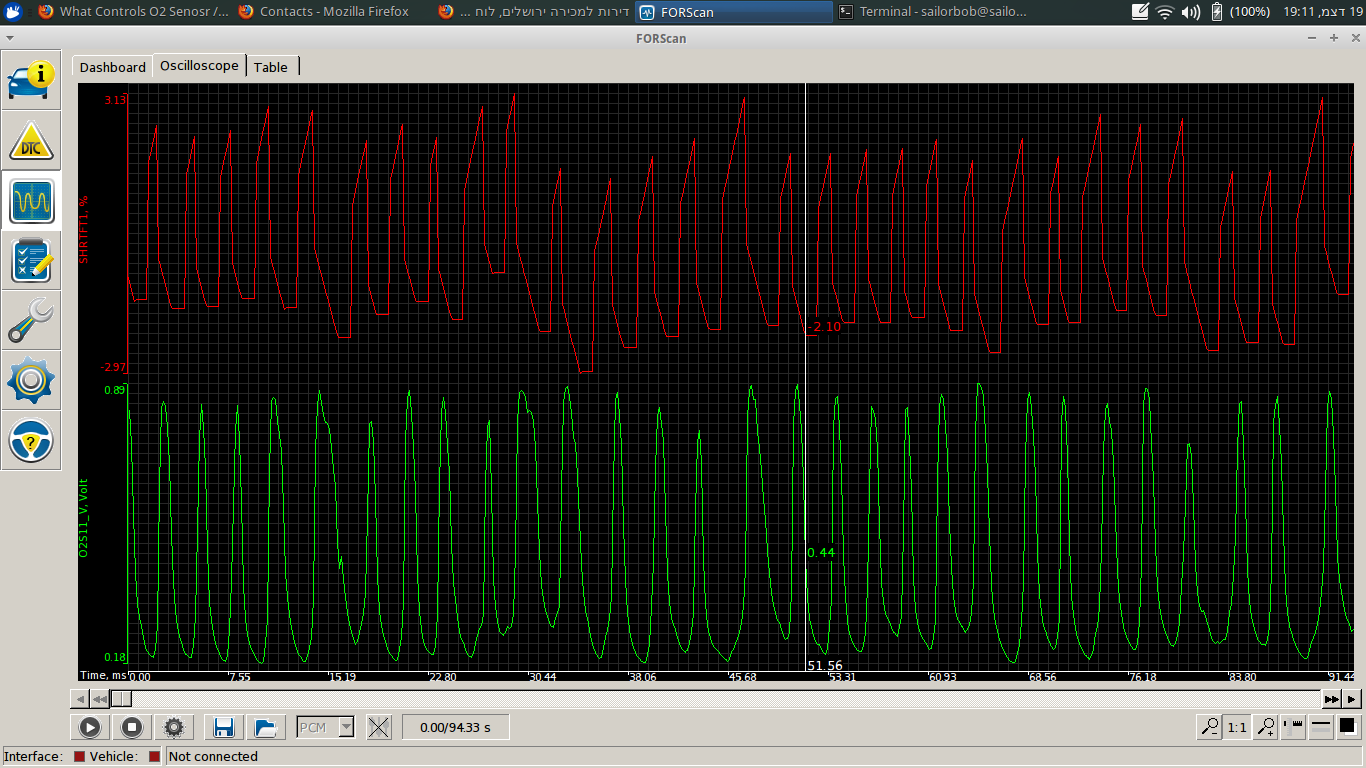 I was reading a page about diagnosing lambda operation and a few questions came up in my mind.

The first question was due to this sentence:

6) The O2 sensor must cycle at least once per second, which would show 3 cross counts on the scan tool PID.

The O2 sensor not only has to cycle, it also has to cycle fast enough (proper frequency) and wide enough (proper amplitude). At least one cycle per second ( 1 Hz ) must be seen at the signal wire in order for the O2 to be considered good (not lazy). A one cycle per second will make the scope trace go across the 0.450 volts mark approximately 3 times, which the ECM recognizes as 3 cross counts.

As you can see on this zoomed in graph the sensor is only crossing 0.45 volts about once every three seconds instead of once per second. 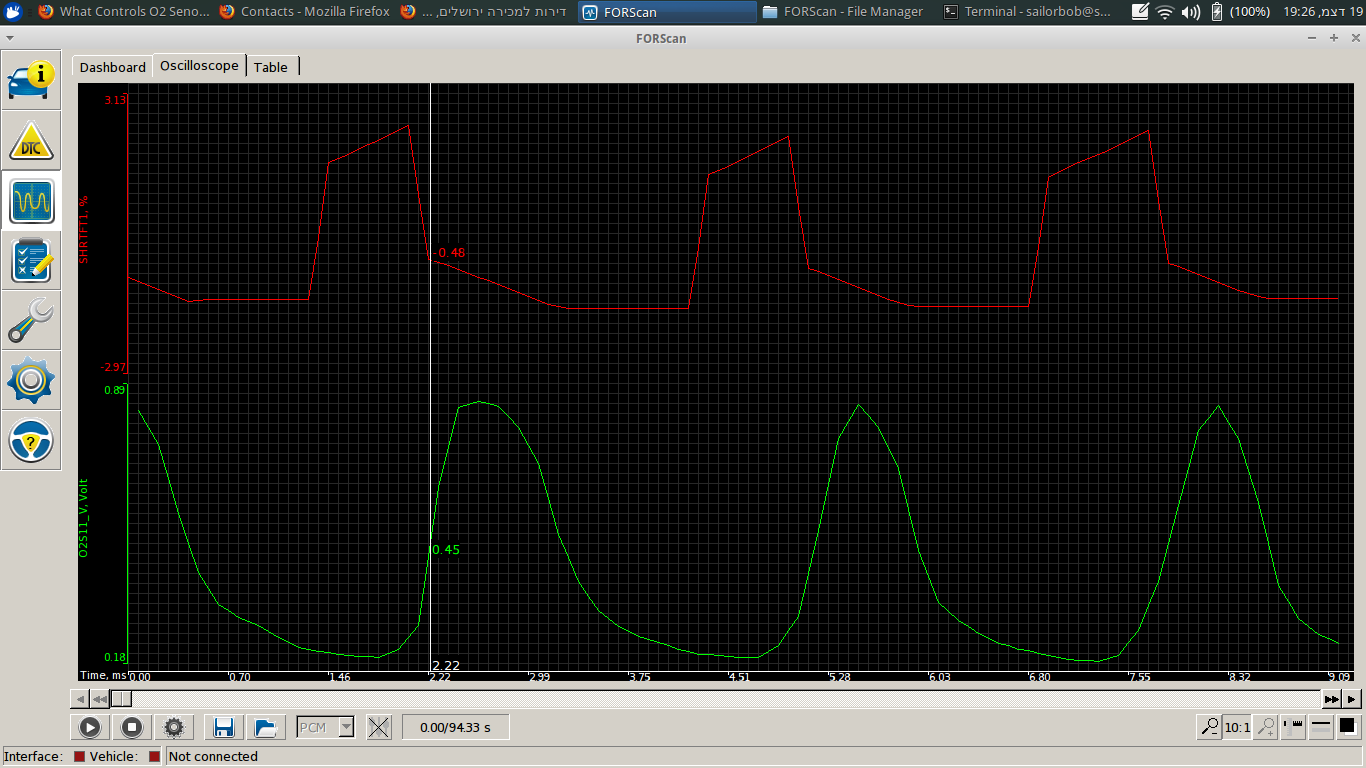 The STFT is also spending about two seconds in negative territory for every one second in positive territory.

Now according to the same site:

10) Contrary to what many people think, an O2 sensor WILL NOT cycle by itself. The O2 sensor cycle is a direct result of the ECM response to the changes in the mixture.

So the question arises, why is my O2 signal cycling so much slower than what this site says is normal, and why is the STFT spending twice the time negative as positive? This is in a car suffering from a rough idle, with occasional stumbles during idle, and an initial lack of power on acceleration.

I can think of a few possibilities:

I'm kind of leaning towards the last possibility since I noticed that the lambda is ranging between .18 to .89 volts with it staying mostly above .20 volts and the fact that the STFT is going negative twice as much as it's going positive.

I can think of a few possible causes:

They're all within spec, but maybe the wear on I2 relative to the other intake valve lifter shims is causing the problem?

Anyways, I'd like to hear what all y'all think.

This is a normal fuel control pattern especially for idle. O2 switch patterns are not specified to look a certain way but vary greatly. They are the result of a competing set of requirements including; combustion efficiency, catalyst requirements, driver demand and regulatory requirements.

The hold lean strategy seen here is a way to hold the mixture slightly lean (Lambda 1.001). It is often used at idle because it betters mileage a bit. It can be used at idle because engine NOx output is low. NOx is poorly reduced by a three way catalyst in lean mixtures. A similar rich mixture strategy where the mixture is slightly kept rich (lambda .99), high 02 voltage for a longer time than low voltage time, is used less frequently. It provides some power and catalyst strategy help at the expense of fuel mileage.

Test at 2500 rpm, the pattern is more likely, but not always like your source described. Testing 02 sensors with scan data is not conclusive due to PCM manipulation of the signal. An oscilloscope and gas analyzer are required to definitively test this sensor. Take care when generalizing fuel control strategy and what is found describing how it is done in publicly available sources. Much of what is found is inaccurate or not detailed enough.There is also some industrial subterfuge that goes on between vehicle manufactures in this area of technology.

The state of the art has advanced far beyond this, and the games between the vehicle makers and regulators continue.

And consequently I don't think it is the root cause for your rough idle. Here's my reasoning:

Not the answer you're looking for? Browse other questions tagged o2-sensor diagnostics or ask your own question.

11
My Ignition Timing is Retarded, no seriously, it's really screwed up
5
How to Improve My Diagnostic Process