Here's a seemingly simple problem - I noticed that the temperature gauge of my mother's 2004 Opel Meriva 1.7CDTI won't ever climb above minimum. I checked the OBD readings to see if it was a defective coolant temperature sensor but it showed that the car struggles to reach 70 °C even when driven hard, usual warm temperature is ~65 °C. A cold car's coolant temperature matches the outside temperature, so I assume the sensor is doing good.

First thought would be a faulty thermostat - coolant is always allowed to go through the radiator and does not let the engine reach proper temperature. So I changed it to a new one. And you know what that did? Nothing, same problem.

As far as I know the problem appeared gradually. At first it reached operating temperature fine, a while later the temperature wouldn't climb above 80 °C, then it would climb above 70 °C (minimum on the temperature scale) only in longer trips, and now it doesn't at all. I don't think anyone has been tampering with the cooling system, this problem progressed naturally.

One strange thing I noticed is that neither the old or new thermostat had an o-ring gasket, but it seemed to fit into it's place perfectly, so I assumed it to be normal, designed to fit in place with no gasket. Even though I've only seen thermostats with large o-rings sealing the edge before.

So, does anyone have any idea what's going on? Is coolant getting around the thermostat somehow? Could the temperature sensor fail in such a subtle way?

After 10 minutes of warming up the top radiator hose and the radiator itself feel slightly warm, so I assume some coolant is getting around that thermostat somehow.

I also tested the old thermostat to see if there was anything wrong with it at all. It's normally closed and submerging it into boiling water opens it up, so I assume it is fine.

Also there probably should have been a gasket for the thermostat housing. Very small amount of silicone sealant was used instead of it before, you could see pieces of the old silicone instant gasket on the old thermostat. I went the same way, but now am in doubt. I don't assume this missing gasket could somehow create a way for the coolant around thermostat? 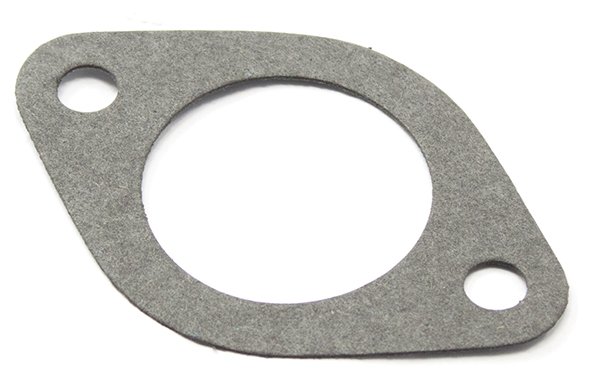 Put the (unbelievably hard to buy) gasket in, nothing has changed. I also noticed that the new thermostat has very slight gaps even when closed (seems larger in the image than actually is). It seems that they are a result of manufacturing imperfections, must be a poor quality part. I wouldn't believe that these would be sufficient to keep the engine temperature down below 70 °C by far, though. I am out of ideas here. 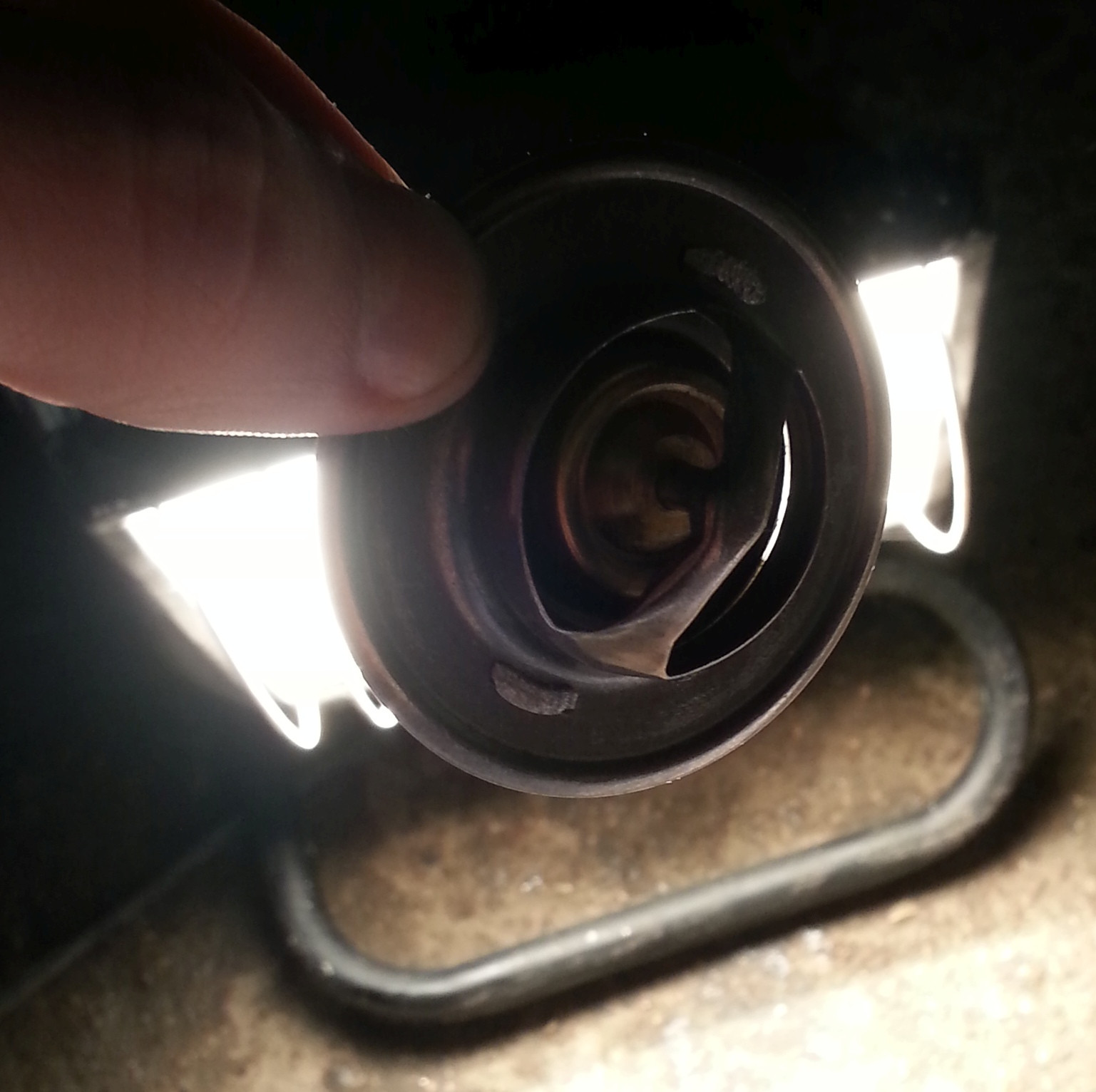 Occasionally the electrical fan turns on, which is strange behavior considering the operating temperature is far from being reached. I doubt this is the cause, but it certainly does not help. Since the radiator warms up slightly before it should I'm thinking of covering it up to see if without proper airflow the car will reach higher temperatures. The only thing besides the thermostat supposed to be holding back the coolant is the thermostat housing, so it is my next suspect. Didn't notice anything unusual the last two times I took it off, but I'm really out of ideas here.

The thermostat would have been my first guess too. It doesn't need a sealing ring, the housing will slightly clamp it when you put it back together.

It is entirely possible that the temperature sensor has 'drifted' and is reading lower than the genuine temperature. I have experienced this more than once in my own cars. It's worth as try as they're usually neither expensive nor difficult to change.

To verify the actual engine temperature, check if the top hose to the radiator is hot after a drive. Thermostats normally open at around 80-90°C and the hose will only get hot once the thermostat has opened.

Since you have verified that the thermostat fine by testing it in boiling water, the only logical explanation is that coolant flow is (at least partially) bypassing the thermostat.

That thermostat gasket is essential in preventing the bypassing of flow. In the absence of it, I would not be surprised to see the behavior which you've observed.

some cars are made with the thermostat housing built just like the one you have. it does not require a gasket. it seats in just like that. And as far as coolant flow-- If you are not overheating: You are getting coolant flow and your water pump is working fine. I would check into your o2 sensors, MAS Air Flow Sensors, etc. You can do a Probe Light Test but I think you should opt for the purchase of your very own cheap vehicle scanner, $50. at your local Auto parts Store. so that you can diagnose your own vehicle whenever you need to. The cheap scanner will give you the error code but will likely not give you the remedy for the problem. but to help you along I am sending you a link to an OBD decoder page. This page can help you with the malfunction description according to the error code you get from your scanner. http://obdii.pro/en/model/honda

My 2006 elantra has that same style thermostat. After a mew one with no success I decided to clamp off the radiator completely. This still did not allow normal operating temperature until driving on the hwy for a while. After unclamping the hoses it would cool back down amd start the problem all over again. Wierd. Seems like the engine keeps cool enough without the radiator even. I have once the temp reaches normal my heater in the car works great.

Your gauge?? Nobody's addressed that..the engine may be at the right temp but the gauge is off. It's obviously not overheating so...

TerryTerry
1
1
Add a comment  |
Highly active question. Earn 10 reputation (not counting the association bonus) in order to answer this question. The reputation requirement helps protect this question from spam and non-answer activity.

Not the answer you're looking for? Browse other questions tagged coolant cooling-system sensor thermostat temperature or ask your own question.