I just bought a Mazda Protégé 2002 and a few weeks later I noticed a damp spot on the back passenger side floor. Very wet and soaked. Later I noticed the smell grew larger and the vapor on the glass grew heavier. I then noticed the water was also in the front passenger side. I used a vacuum and soaked about a cup of dirty "water" can't tell if it's water or a leak from within.

Any ideas on removing this water, if it was because of the rain? Or where to look if the liquid came from a leak from within the car?

Edit: also the water reaches to the trunk and all areas is just the right side, passenger side

Certainly sounds like the heater core is leaking coolant into the car's interior. Like Ducatikiller said it should smell a little bit sweet, but if you still can't tell stick your finger in the fluid and give it a rub-test. You will be able to tell water from engine coolant by how it feels. Also have a good look at the floorboards and the firewall in the front passenger seat area. The heater core is a very small "radiator" which is mounted in the car's heater assembly, engine coolant circulates through this radiator and the heater fan motor blows or sucks air through this radiator to provide hot air inside the car. When the heater core leaks, most of the time the engine coolant leaks inside the car. And it will stay on the right side due to the usual shape of the floorpan.

After removing the seat and looking underneath the carpet, there was no evidence of leaking from the heater core. It was rain water, about three gallons of it. Where did this all come from? Nothing from the doors, windows, or underneath the frame of the car.

All of this water came from two sheets of metal joining behind the back of passenger brake light. There was a small, small gap between the metal which allowed nearly all the drain water that flowed to the back of the car to leak inside. 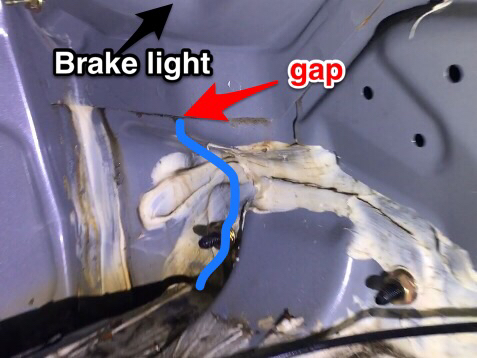 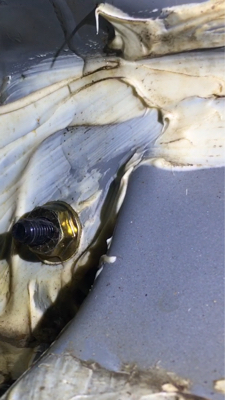 From then on I was convinced water would overflow and pour from the back to the front of the car from this single leak. I then had to remove the bumper frame to apply this water proof coating over the crack: 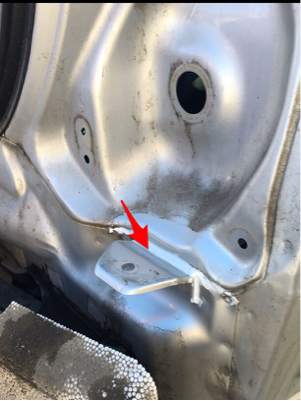 Nothing has entered the car ever since but in case water did make inside I removed a plug from each side of the trunk where the water would build up: 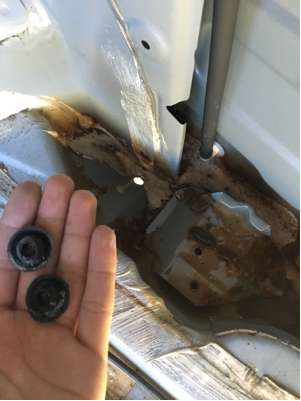 A sneaky way to leak into the car it surely was :)

Not the answer you're looking for? Browse other questions tagged coolant cooling-system cleaning gasket water-leak or ask your own question.

3
Ford Ka - Passenger footwell water leak
1
Water leak in 2002 Honda Accord
1
2006 Chevy HHR wet floorboards
1
Anyone know the cause of (rain) water leaks in '16 Nissan Pathfinder trunk storage area?
0
Mazda 3 SP leaking coolant
1
Water on the left side of the trunk on a VW Golf mk4
1
the day after it rains, 2015 Honda Accord leaks water outside and inside the cab