Is there is a way to repair the paint as the new car? [duplicate]

Hi I own Renault Megane Mk3 for while and car's paint is almost full with small scratches due to hard cleaning, I know its stupid thing to make but it wasn't my fault. You will get how scratches look like in photos. 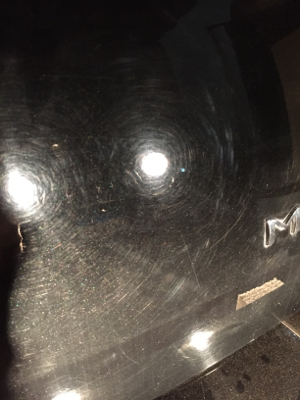 Thos circles that appears when a light reflect on car's surface. If photos are not clear I'll provide another photos

You can use a fine grit rubbing compound and a buffing wheel to smooth out the clear coat, which actually has the scratches.

Part of the process of painting many vehicles is to buff out the clear coat once the paint job is complete. The clear coat provides a clear protective layer for the paint and can be scratched lightly and repaired over time by using rubbing compound and the buffing wheel.

You would put the buffing wheel on the end of a drill. This is what it looks like. 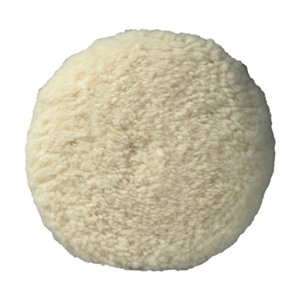 You can goto google and search rubbing compound. The rubbing compound would need to be a low 'grit' level, meaning the particles should be smaller in order to remove the scratches you have.

Your scratches could be made by a buffing wheel using a very high grit level of rubbing compound which would put scratches into the clear coat rather than removing them.

So, use low grit compound and be patient with your buffing. Follow it up with a waxing and it should improve the appearance dramatically.

Someone will probably post a better step by step methodology with grit levels and what not. I've really just brushed over the top.

Not the answer you're looking for? Browse other questions tagged paint paint-scratches or ask your own question.

2
Body Paint Scratch Repair
2
Fixing small scratches on the body paint
4
Paint light scratches repair
8
How can I fix the paint in my car?
1
Paint of the door is peeling right after paint repair?
4
can a car be painted in a small area where there are some scratched? or we have to paint the whole side
3
What's the best way to re-paint only a corner section of a bumper?
2
What could possibly attack the paint like this?
2
How to do an amateur repair of a tiny ding on my almost new car?