How do I stop my shock spring from rubbing?

I replaced the passenger side front shock on my 2009 Mazda 5 almost a year ago. It has been making noises, and upon inspection I see the coil is rubbing on the nearby metal. 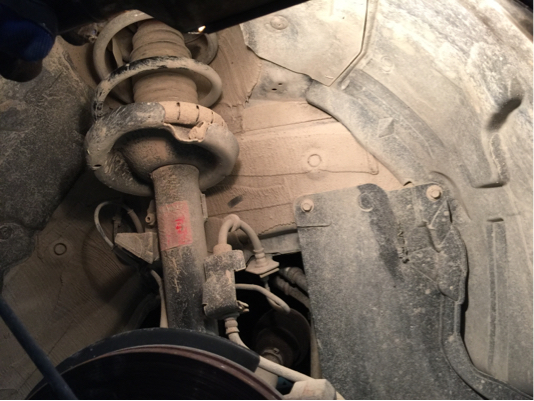 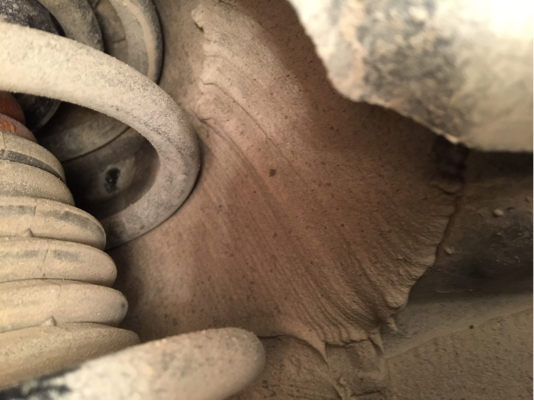 I don't know how to check if the parts store gave me the right part, or if I've installed it incorrectly. It attaches via three bolts at the top, and is clamped at the bottom, and I don't see a way to adjust its placement, but I'm probably missing something.

How do I resolve this rubbing?

Per the comment, here's a picture of the strut upper mount. I did not replace any of it, as it appeared to be in good condition, but I do see that the top of the shock is off center towards the side that's rubbing: 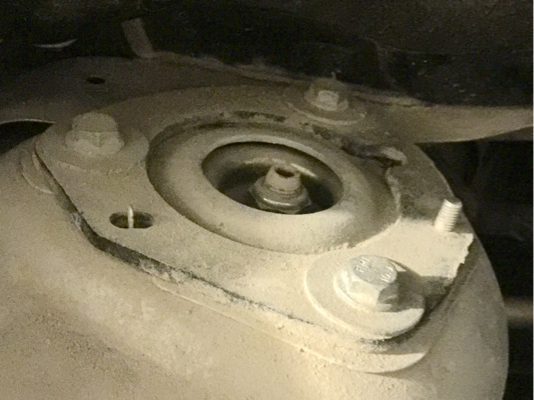 I would check/replace the strut's top mount. The rubber may be worn allowing excessive movement at the top of the strut. Try pulling in the strut to see if the top mount moves excessively. If the rubber looks OK and nothing is worn, try loosening the mounting bolts and see if it can be relocated slightly to move the spring away from the panel it is rubbing against.

Not the answer you're looking for? Browse other questions tagged noise suspension body wear springs or ask your own question.

2
How to determine the compressed height of a spring?
7
If one coil spring needs replacing, do I need to replace both?
26
Is it safe to drive a car that has a broken suspension spring?
4
Metal rubbing metal padding
12
Spring tensioner safety
4
What would cause brake / tire to wear out on only one side?
1
Why are rear and front spring rates different?
1
Offside Rear Coil Spring
3
Strut spring slipped off pad