I have an ABS, DSC and handbrake warning light (the latter telling me it's likely from one of the rear wheels) on my BMW E46 320d from 2001. The warning used to be intermittent (it would go away, then come back), now it's continuous. The effect is that it sometimes cuts off the fuel flow, while increasing it at other times.

I decided to read out the fault codes to know which ABS sensor to replace and this is what I've got: 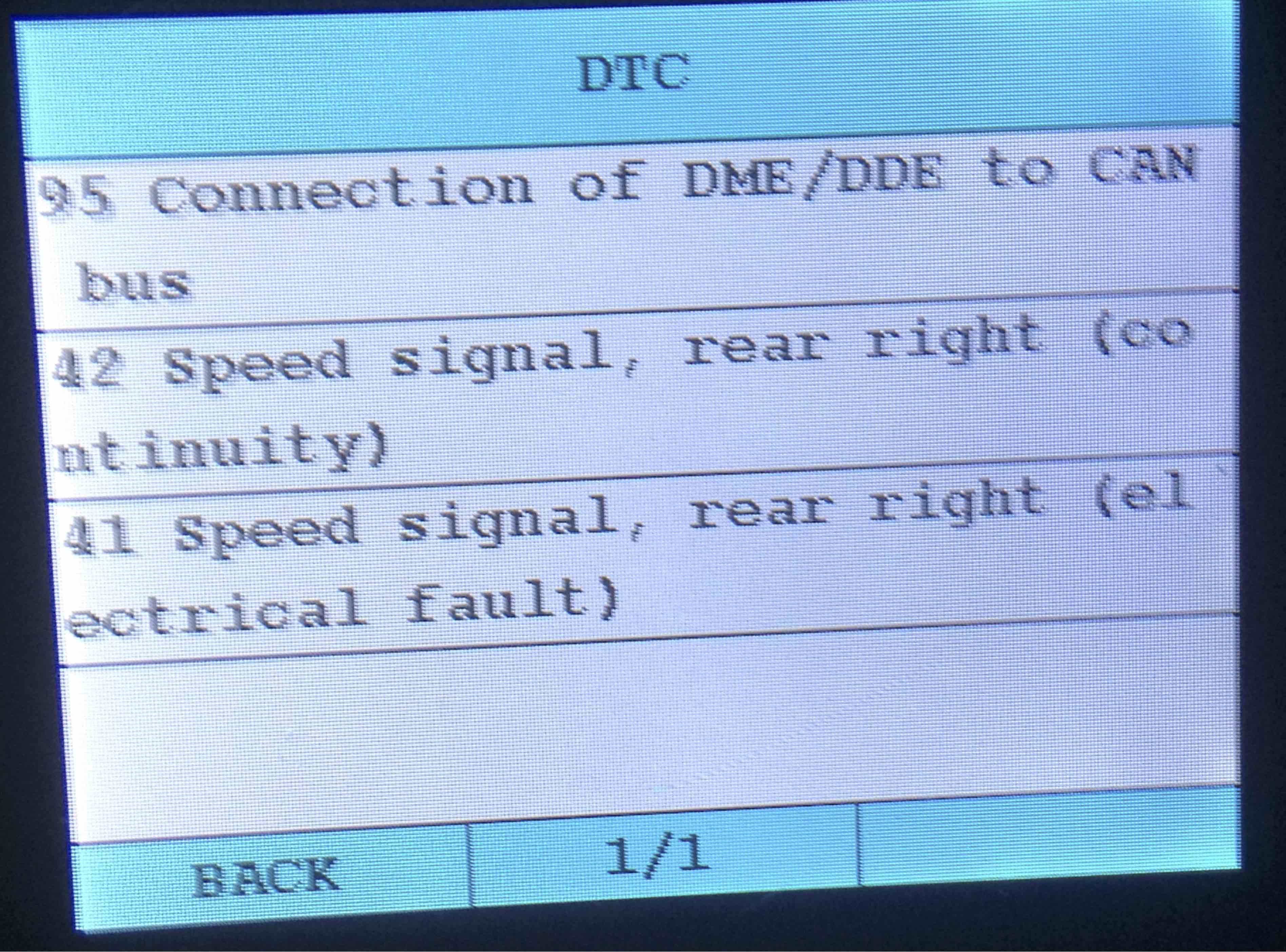 The 41 and 42 fault codes seem pretty standard to me, but I'm a bit confused with "Connection of DME/DDE to CAN bus". The DME/DDE is the central computer, if I'm not mistaken, while the CAN bus is the housing you connect the ABS sensor to. Does this mean that something is wrong with the connection from the DME to the CAN bus or is this fault code merely the result of a faulty ABS sensor too?

Should I proceed to order the part and replace the sensor or is there something else I should do (too)?

You are right to assume that error codes 41/42 are due to a lack of signal coming from the rear right wheel speed sensor. I recently had to address a couple of bad ones on my E39 BMW; the signal wire(s) may be brittle or cut so that signal transmission is no longer possible.

I wouldn't worry too much about error code 95 at this point in time. The CAN bus is the messaging bus interface that enable the various sub-systems in the vehicle to talk to one another. I wouldn't be surprised if the error was a sporadic/one-off event. If you have access to BMW INPA it may give you further details about the exact conditions under which error code 95 was registered.

It could be noted that the heads of the sensors get stuck with metal flakes from the brakes wearing down. That has caused a few BMW's we have had through my shop to throw those codes, we cleaned the sensor first and reset the codes as an option for customers. Its an option if you can't get the sensors in a timely fashion.

Not the answer you're looking for? Browse other questions tagged electrical bmw obd-ii abs or ask your own question.