Excessive Vibrations in Drive when holding down the brakes

I'm working on a 98 Mazda 626 GF 2L with an automatic transmission. While I'm used to driving manuals, I would say that the amount of vibration when sitting stopped in drive with the brake on seems excessive. The excess vibration goes away when put in neutral. I also noticed that when first taking off or in certain types of acceleration it feels mushy, like there is a lack of power until suddenly I get a solid feeling. All this is in addition to a rough but stable idle when in park.

The tranny fluid is pretty old and dark ( it hasn't been changed for five years and about 80,000 kilometers ), however it's not dirty - there is no grime or particles in the fluid and there is no burnt smell ( I asked more than one person to smell it ). Also, the gears engage immediately without hesitation when I shift it into drive or reverse.

If I'm correct about the nature of the problem, could changing the old fluid out and adding something like lucas transmission fix improve the situation? Or do those types of products only help with worn clutches?

If that won't help, how big of a job is it to change a torque converter and is it an expensive part?

Another thing to consider, could this just be a symptom of problems with the engine idle? When in park and I press hard on the gas the engine seems to wobble / shake and if I go to WOT it's very noticeable and I'll even hear a belt slip for a moment.

OK, so after putting in a new Lambda, valve cover gasket and plugs, things are much better, however I still feel like there is excess vibration and I think there might be more than one cause.

The problem is worst when I first start the car, and gets progressively better as everything warms up. When everything is cold, and I switch into D, the vibrations are very pronounced. Once both the engine and tranny are warmed up the vibes are much less noticeable. The thing is that once warm and I switch into drive there is a momentary drop in rpm from about 700 to 500, during which there's allot of vibrations, then once the rpm recovers the vibes kind of smooths out, but don't go away completely.

Sooooo, I'm thinking maybe changing the ATF and fixing the motor mount might solve the problem.

Here's that pic of the engine mount. I figure being able to stick my finger through it is a problem: 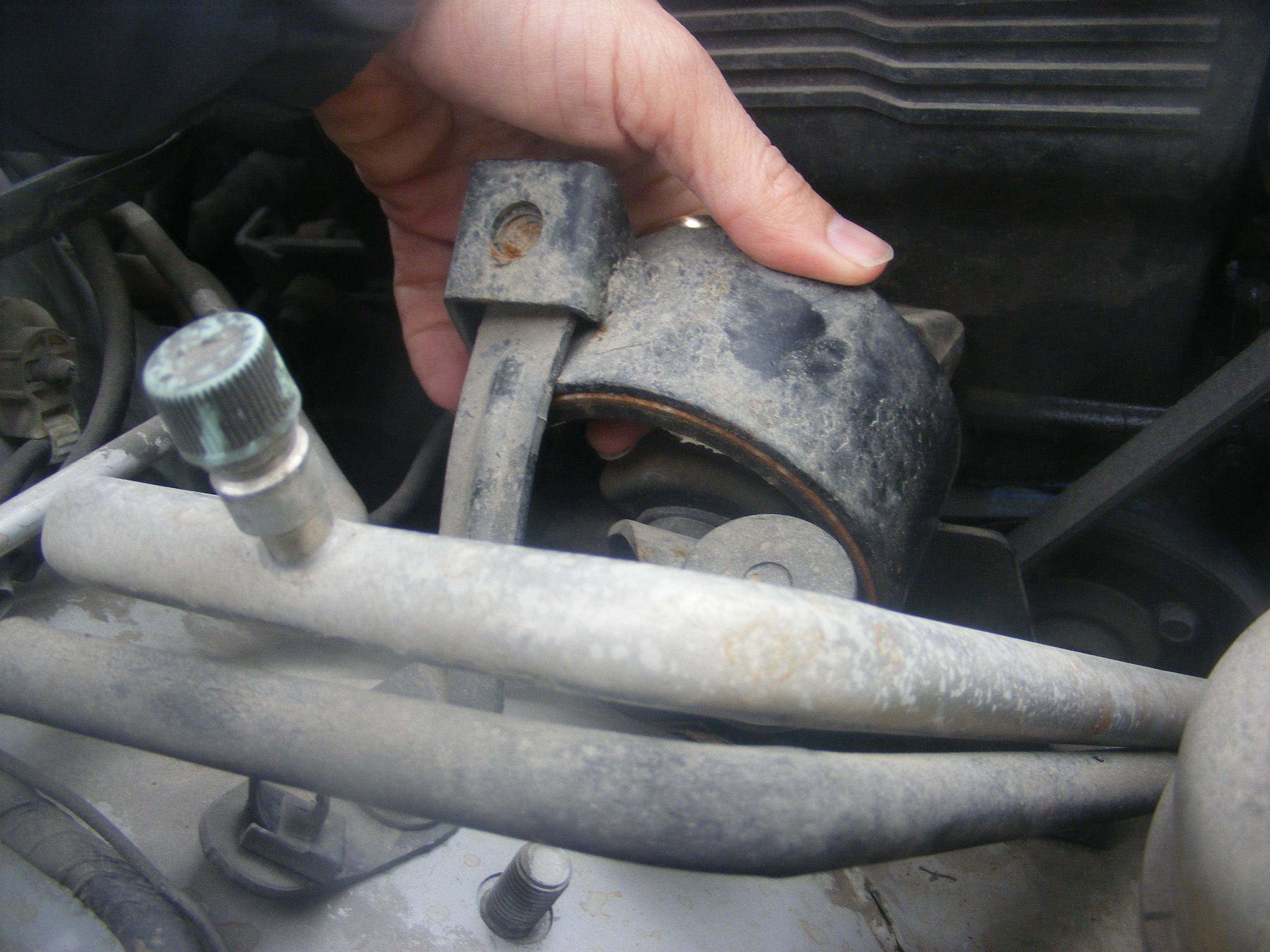 This is what a new one is supposed to look like: 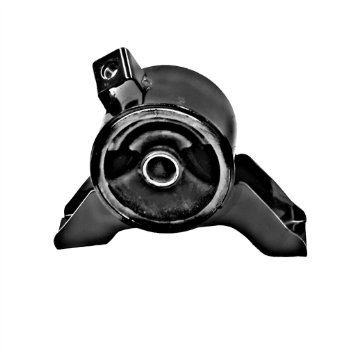 So I changed the ATF and that doesn't seem to have made a difference.

I would check the motor mounts sounds like your may have a cracked one but it could also be that you have a vacuum check valve attached to your Power Brake Booster that has gotten old and needs replacement, or there may be a vacuum leak elswhere check your vacuum hoses.

Not the answer you're looking for? Browse other questions tagged automatic-transmission mazda-626 or ask your own question.

8
Rough Low Idle and Engine Shakes, Hesitation and Lack of Power
8
What is the Connection Between Failing Torque Converters and Vibration?
4
Should the EGR be activated at idle?
2
How can I identify which cylinder is responsible for a petrol engine misfire?

7
Strong vibrations when idling even after replacing engine mounts (automatic transmission)
7
Will increasing line pressure increase torque capacity?
8
What is the Connection Between Failing Torque Converters and Vibration?
6
1998 lincoln continental with fluctuating idle when put in gear only (drive/reverse)
5
Can I use a FN4A-EL Turbine Speed Sensor on a GF4A-EL?
6
How does a lock-up torque converter work, exactly?
6
Looking at buying a 1997 Toyota Camry XLE V6 with dark colored ATF, mistake?