Is it important to fix paint deterioration?

I have a 2006 Honda Civic, and the paint on the roof is beginning to deteriorate.

It looks as though maybe the top coat is discoloring and coming off, revealing the coat underneath, which seems to be intact. The affected area is currently about 7" x 2" (20cm x 5 cm) and seems to be slowly growing over time.

Honda seems to be aware of this problem and released a technical bulletin a couple of years ago, extending the paint warranty. Unfortunately this expired before I started to notice a problem on my vehicle. So if I am to fix this, it will be at my own expense.

So I am trying to determine:

(I read Roof paint peeling badly, with rust -- what to do? but their problem is a lot worse than mine.)

Is this only a cosmetic problem, or is it more serious? (For instance, is it likely to lead to rusting of the sheet metal, or any structural problem?)

Currently it appears to be a cosmetic issue. Untreated, exposed to the elements, it will eventually create a greater perimeter around your vehicle and rust will occur.

Others may not agree with me but I would not take this lightly. You have to consider where this deterioration has occurred. This is directly connected to your windshield. If you let this get to the next stage where rust is prevalent, there will be a number of issues to deal with. 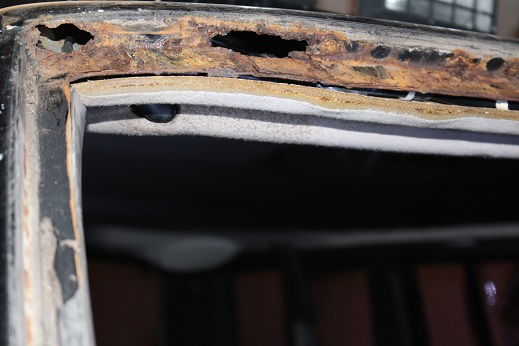 To get an idea of the work in solved to repair the channel, take a look at this. In severe cases you would be looking at a complete replacement. 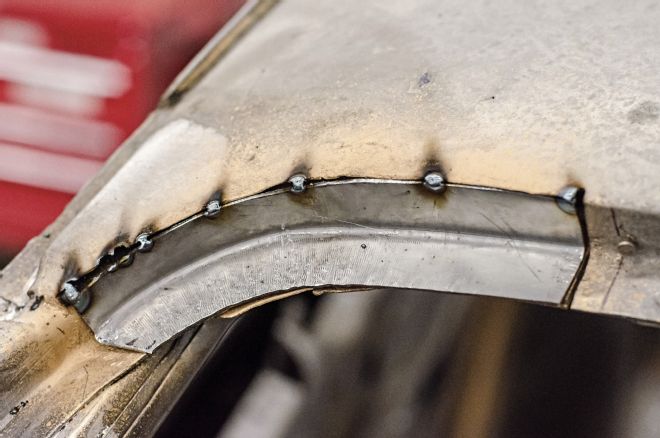 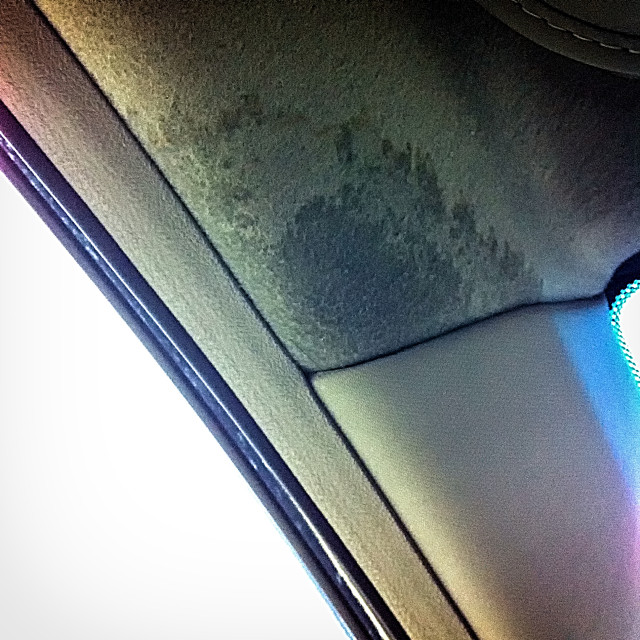 The cost to repair this will be drastically different from fixing this issue in its current state.

Is there any way to fix it short of repainting the entire roof? (I would probably have that done professionally.)

You could quite possible repair the selected area without having to do the roof. If there was a problem from the manufacturer not using quality products, or shooting multiple coats, (Camaro reboot), it might be wise to get the whole roof done.

Assuming that, in the short term, I don't really care how the car looks, is there any advantage to fixing this in a timely manner? Might it be cheaper to fix it now than later? Or could I put it off indefinitely, until I want to sell the car, or until it looks so bad that I am embarrassed to be seen driving it?

Again, refer to my first answer. The cost to repair this now will be substantially cheaper if you let it get to the state I described above. You may not only be looking at body work and paint, but sheet metal repair, upholstery and so on.

The choice is yours. If you plan on selling the car in the short term, maybe let the next person deal with it?

If the paint is metallic, then the top coat will be a clear lacquer. Other than not looking very nice, it shouldn't be a problem just leaving it. You could carefully flatten the lacquer with some fine wet and dry paper to remove the dull area where it is peeling off, then spray some clear lacquer on. Be careful not to rub through the paint, however.

From the pics i'm looking at it's clear coat coming off. This is what happens when the car sits in the sun for long periods of time, it's normal. A car that's exposed to the sun if your clear coat last five years your doing good. Two things you can do, take it to the body shop of your choice and get it painted or do nothing at this time it's not going to start rusting anytime soon. Under your clear coat is your color coat and under your color is primer, you will be fine for a while.

There is a cheap solution if you do not mind how the car looks in the short term. I would not recommend this for a long term solution, but if you want to put off having your car done professionally for abo a year, you can get a spray bomb clear coat for roughly 10 bucks a can. Make sure to scuff the paint lightly with 800-1000 grit sand paper so it sticks, and cover your windshield with masking tape & paper. Overspray is not fun.

*additional note: make sure to get all the peeling clearcoat off with the sandpaper.

Not the answer you're looking for? Browse other questions tagged honda civic paint or ask your own question.

9
Roof paint peeling badly, with rust -- what to do?

3
is a visible paint seam on the roof-top ok?
7
Paint is cracking and showing lines, like dried mud
11
What are these dots on my roof?
9
Why did my clear coat turn out matte instead of glossy, and how can I fix it?
7
Can polishing compound ruin my car's paint job?
2
2005 Corolla paint or coating peeling off
2
2002 Honda Civic: Starts in the morning, but wont start after driving for a while?
10
How major are these paintwork & rust problems?