I noticed that my tail lights stay on even with no keys in the ignition, but that my brake lights have stopped working. Also, my left turn signal blinks double speed.

From a wiring diagram I see the tail light and brake light share a ground wire: 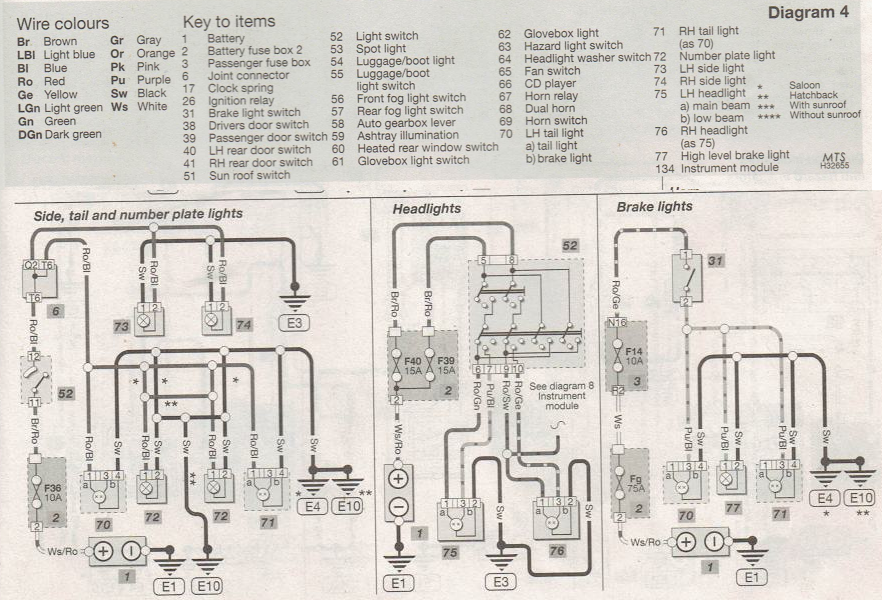 Could it be that the tail lights and brake lights are shorted together?

So this doesn't make a lot of sense to me. I'm going to have to sit and think about this a bit.

OK, so it really was just the rubber stopper ( part# 46584-S0100 ) for the break switch that had apparently disintegrated. I got confused because the car has a combination tail / break light. If the tail lights are already on, and you push the break in, it just makes the tail lights brighter and turns on a high level break light strip on the trunk. What I thought was part of the break lights system is actually a fog light, and that's why there is only a bulb in the left side housing and not one in the right side housing.

Why there is electrical continuity between the break switch and the fog light I don't understand, but that's a separate question.

Here's a picture of my fix: 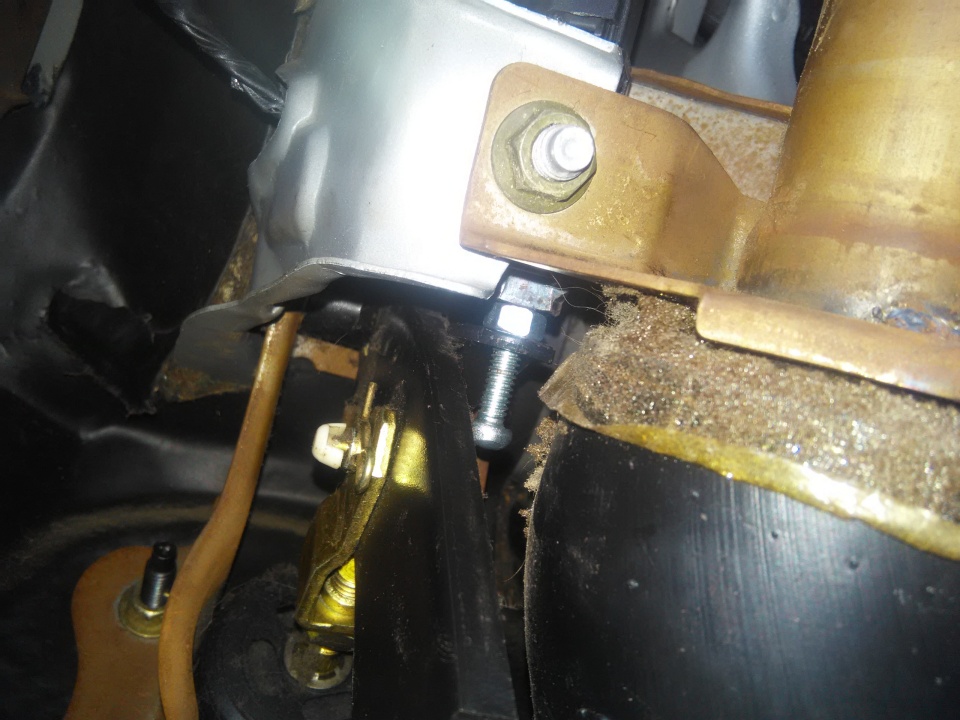 I just put a nut in between the brake pedal and the mounting point for the switch, and then screwed the bolt in from the back to hold it in place. I should really probably add another nut on the opposite side to lock it in place, but I'm a bit tired of this problem at this point.

My friend faced a similar issue on his '03 Nissan Maxima. In his case we discovered that the brake pedal switch was not making any contact with the pedal linkage.

We were able to hack together a solution to ensure contact was made with the switch when the pedal was in the rest position. A small nut and bolt threaded through the slot in the linkage will work a treat.

I had a brake light problem like this before where it was on the whole time and it went unnoticed. It eventually drained my battery lol. The cause was a broken brake light switch stopper which can be found under your pedals. Better check that out as well.

Not the answer you're looking for? Browse other questions tagged nissan lights almera or ask your own question.

7
Should only the left "Rear Fog Light" actually light up in a pair?

5
How should the lights for a trailer be hooked up?
5
1991 Honda Accord with intermittent brake lights
5
Dash Lights and Headlight Angle Adjust Stop Working
6
Brake lights and turn signals don't work (but head and tail lights do) on 1998 Ford Expedition
1
Exterior lights turn off
2
Installing rear fog lights
2
Why do LEDs go out on (boat) trailer tail-lights?
0
Tail lights dont light up
2
1986 G30 Motorhome