I also did a diode test as per Paulster's comment, and it showed 1 in one direction and -1199 in the other direction, which seems within spec.

It didn't do this with the old weak battery, or at least I didn't notice it. I just washed the engine compartment with degreaser, a brush and a water hose, but kept the battery, alternator and distributor covered - not sure if that's relevant.

So this problem has occurred again. Everything was fine at 14.21 volt for awhile, then I went for my inspection. During the emissions part they hook up to the battery posts. As they were disconnecting, the battery light came on, but went back off after a few minutes.

Then today, I revved the engine hard, it stumbled and almost died, then the battery light came on. Got out to check and saw 13.75 volts, with a reading of between 0.02 to 0.04 volts between the negative terminal and the alternator casing.

I'm thinking maybe there is a problem with the connection to negative post, and both these events jostled it enough to cause a problem. 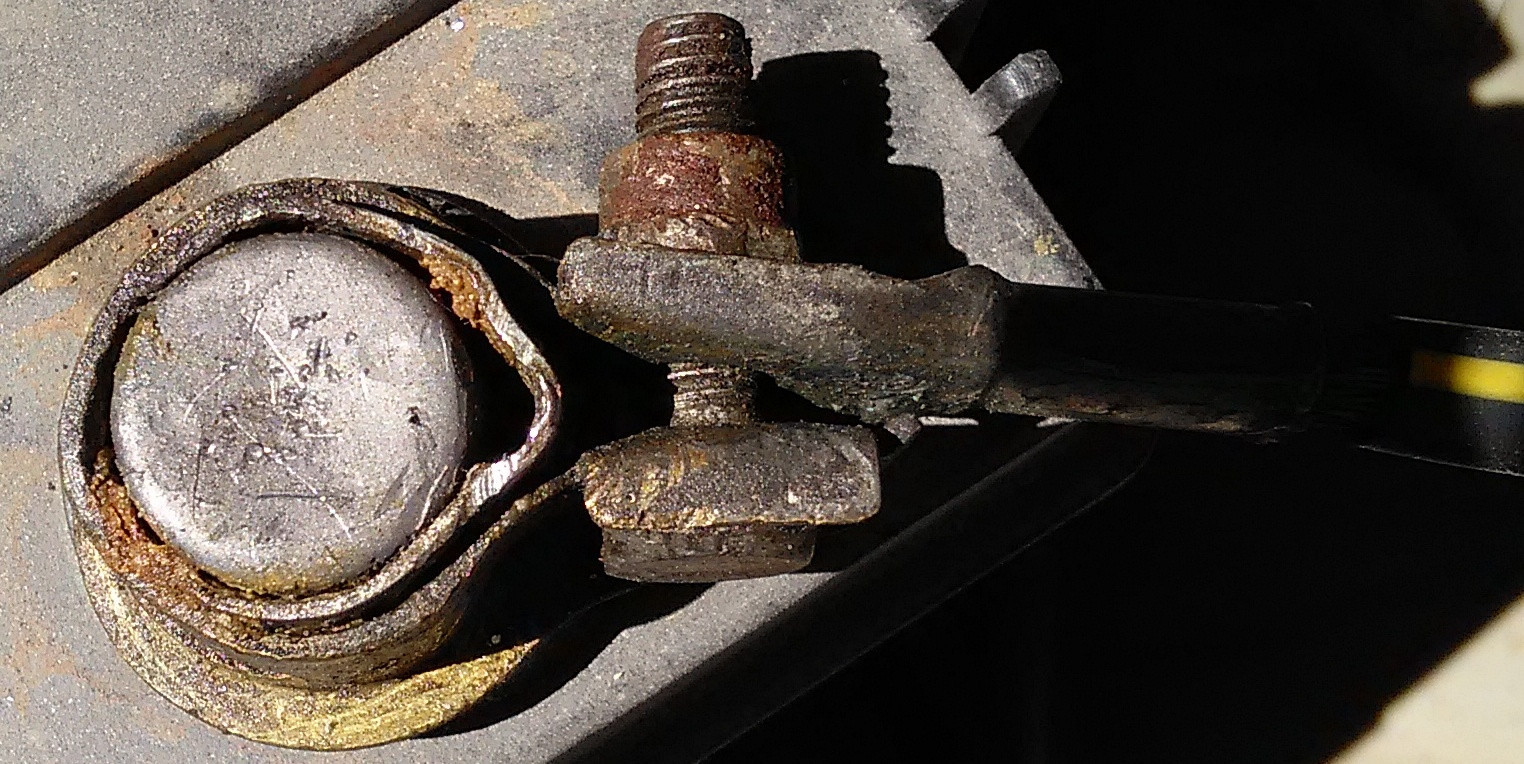 I guess I'm going to try and clean the connector and maybe sand the inside of it to see if that helps.

OK, so cleaning and sanding down the inside of the connector and the post didn't help. I wonder if these two events might have caused some of electrical surge that screwed up a diode somewhere or something strange like that?

I checked the tension on the alternator belt and it seems to be in spec. I also checked voltage between the B+ post and the negative battery terminal and it's also about 13.8.

Not the answer you're looking for? Browse other questions tagged electrical battery mazda warning-light or ask your own question.

14
How to determine exactly what's wrong with my alternator?
4
The Testing Procedure for the Mazda 626 Alternator in the WSM is Unclear
6
Cranks, but No Spark and Can't Connect to the ECU
2
Turning on Loads caused an Increase in Alternator Base Voltage

2
98 Grand Cherokee drains battery
14
How to determine exactly what's wrong with my alternator?
4
Bypassing bad diodes on failing alternator
3
Voltage from car engine to negative terminal
2
Starting car for first time in several months; arcing and turning of an electric motor when reconnecting negative terminal
2
How can a battery indicator be on when the alternator is providing adequate voltage?