Speedometer stop working on My Opel corsa C 2006, it always shows 0 km/h although I am driving the car, before it stop working it vibrated some times and then stopped.
Does it have a specific Fuse in Fuse box, or a cable to the panel?
please help
Note: The light in background working good 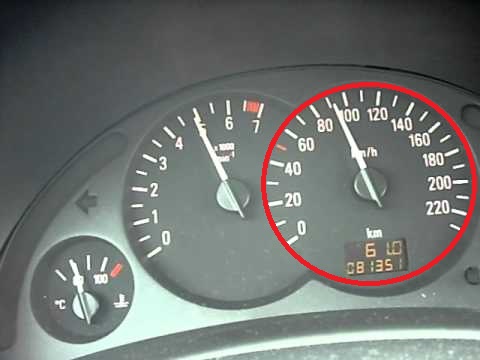 If the rest of the gauges in your dash are working, the problem is most likely the speed sensor which is located in the transmission. This is most likely a Hall effect sensor which reads a reluctor wheel attached to the final drive. It relates the amount of times per second the reluctor is tripped and transmits this back to PCM for interpretation. The PCM then tells the speedometer where to point the needle at so you can understand your speed.

EDIT: It appears that your Opel may be using one of the wheel sensors as the speed sensor. It is still the same basic issue, just in a different location.

I solved the problem by change some fuses on my Fuse box, now the Speedometer is working good, Thanks to every one try to help me

Not the answer you're looking for? Browse other questions tagged speedometer opel corsa or ask your own question.